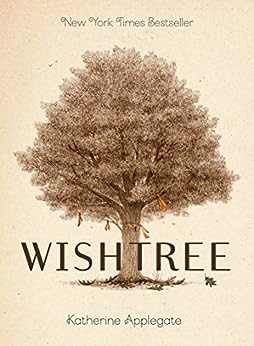 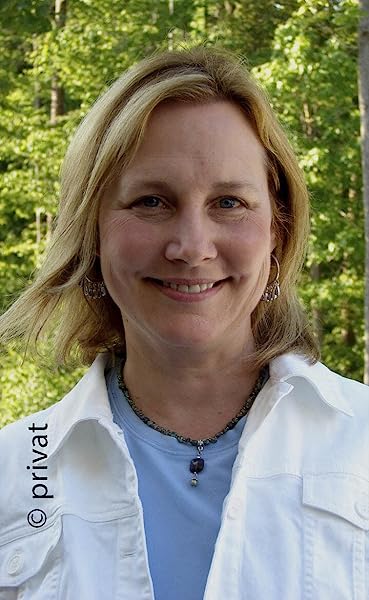 by Katherine Applegate (Author) Format: Kindle Edition
See all formats and editions
Sorry, there was a problem loading this page. Try again.
Read more Read less
Previous page
Next page
Due to its large file size, this book may take longer to download

"A beautifully written, morally bracing story that will leave its imprint on a reader of any age." The New York Times Book Review

"The simplicity of Newbery Medalist Applegate’s graceful novel contrasts powerfully with the prejudice it confronts. Narration comes from Red, an enormous red oak near an elementary school that also serves as a “wishtree” for the neighborhood―once a year, residents deposit wishes in Red’s branches and hollows....Red’s openhearted voice and generosity of spirit bring perspective gained over centuries of observation. It’s a distinctive call for kindness, delivered by an unforgettable narrator."--Publishers Weekly, starred review

"Applegate introduces another quiet, resilient protagonist who -- like the caged gorilla in The One and Only Ivan and the working-class boy in Crenshaw -- speaks movingly to a noisy, fractious world. -- The Washington Post

"The story’s wit and humor keep it from being heavy-handed, as do vivid portrayals of minor characters, especially Bongo, the sarcastic crow who is Red’s best friend. This is a book made for family sharing and discussion."--Raleigh News & Observer

"Newbery Award–winning author Applegate meets high expectations in this tale told by a tree named Red, a red oak who is “two hundred and sixteen rings old.” ... Another stunning effort from Applegate. This thoughtful read is a top choice for middle graders."--School Library Journal, starred review

"This gentle yet powerful book is suitable for all ages...and its message remains more vital than ever."--BookPage

"Inspires hope for positive change. Perfect for a powerful classroom read, Wishtree is another winner for Applegate."--Voices of Youth Advocates, starred review
________
Praise for Crenshaw:

"This accessible and moving novel demonstrates how the creative resilience of a child’s mind can soften difficult situations, while exploring the intersection of imagination and truth." ―Publishers Weekly, starred review

"The tone is warm and, occasionally, quirkily funny, but it doesn’t sugarcoat the effects of hunger and vulnerability." ―The Horn Book, starred review

Katherine Applegate is the author of The One and Only Ivan, winner of the Newbery Medal. Her novel Crenshaw, spent over twenty weeks on the New York Times children's bestseller list, and her first middle-grade stand-alone novel, Home of the Brave continues to be included on state reading lists, summer reading lists, and class reading lists. Katherine Applegate lives in Tiburon, California, with her family. --This text refers to the paperback edition.

4.8 out of 5 stars
4.8 out of 5
99 global ratings
How are ratings calculated?
To calculate the overall star rating and percentage breakdown by star, we don’t use a simple average. Instead, our system considers things like how recent a review is and if the reviewer bought the item on Amazon. It also analyzes reviews to verify trustworthiness.
Top reviews

peachygirl
5.0 out of 5 stars The One and Only Katherine Applegate
Reviewed in the United States on April 6, 2019
Verified Purchase
What is there to say about the excellent Ms. Applegate that hasn't already been said?
The One and Only Ivan, Crenshaw, and now this.
She writes books of humor, poignancy, morality and heart.
Her books stay with you long after the last page is read.
As with all her other books, Wishtree touches the soul.

Lynn Anderson
4.0 out of 5 stars interesting book
Reviewed in the United States on March 27, 2019
Verified Purchase
this was a very nice little book about a neighborhood and the good people in it fighting the authorities to keep something they all treasured
Read more
5 people found this helpful
Helpful
Report abuse

Rebecca S.
5.0 out of 5 stars Great Spring Book- Read it!!
Reviewed in the United States on May 24, 2020
Verified Purchase
Beautiful Edition of a great story! This edition is the same text with special publishing.
Read more
3 people found this helpful
Helpful
Report abuse

Christy
5.0 out of 5 stars Cherish this book!
Reviewed in the United States on February 27, 2019
Verified Purchase
My son and I love reading this book together. There are many valuable lessons weaved into an unforgettable story!
Read more
5 people found this helpful
Helpful
Report abuse

Tags that will help you discover similar books. 16 tags
middle gradeanimalsfriendshipsocial sciencesbirdsnature & ecology10th gradediversityproject literaturebulliesimmigrationmagical realismchildren literaturegrowing up & facts of lifekidschildren fiction
Results for:
Page 1 of 1Start overPage 1 of 1
Previous page
Next page
Where do clickable book tags come from?
Book tags are created from a variety of sources, some of which are customer-generated. Amazon is not legally responsible for the accuracy of the tags represented. If you are an author or publisher and would like to remove a tag associated with your title, please contact your vendor manager or publisher support team.
Back to top
Get to Know Us
Make Money with Us
Amazon Payment Products
Let Us Help You
EnglishChoose a language for shopping. United StatesChoose a country/region for shopping.
© 1996-2021, Amazon.com, Inc. or its affiliates