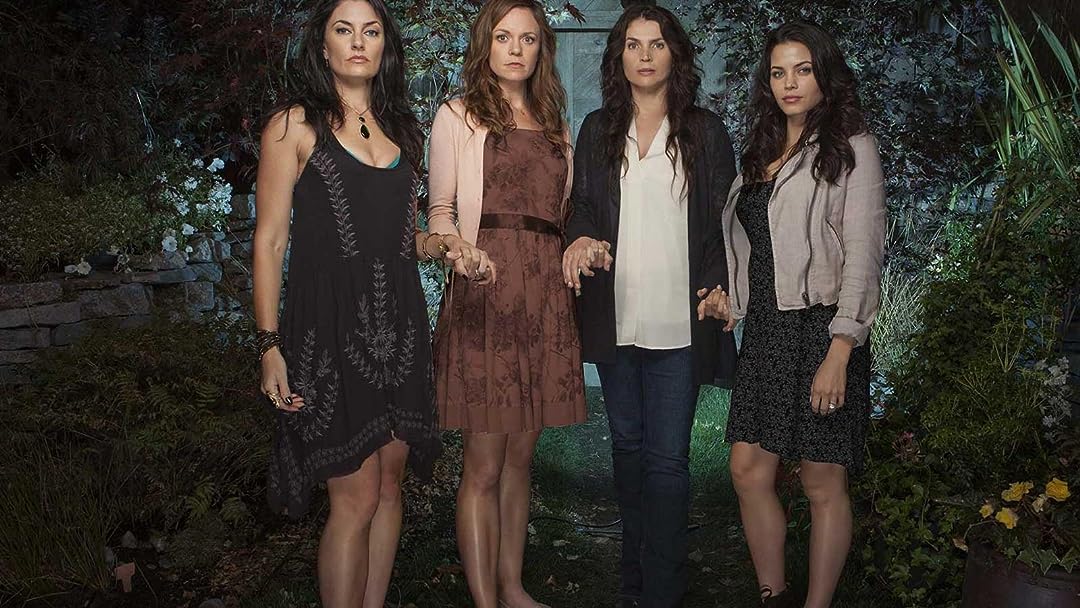 Amazon CustomerReviewed in the United States on January 12, 2019
5.0 out of 5 stars
season 3 cancelled!?
Verified purchase
SON OF A!
:)
This seems to happen inexplicably to the best of shows. Why is that, world? Why? The first time this happened from my experience was with the show "God, the Devil, and Bob". Then it happened with "Freaks and Geeks". Then, it happened with "Firefly". Then, there was "Pushing Daisies", and "Dead Like Me". The only pattern I can see is the kind of show that's well-written, but perhaps doesn't have enough following at the time of creation...though the following it does have is passionate...because the writers and actors are the kind that put their passion into the show.
So, what kills passion? WHAT?! I WANNA KNOW, so I can put a stop to it. My shows... my shows... my shows...

digimazeReviewed in the United States on September 23, 2021
1.0 out of 5 stars
burned not pressed discs
Verified purchase
Amazon USED TO extend the courtesy of letting you know when the item you are interested in is made using a DVD burner (the euphemism they used was "manufactured on demand") though hiring a flunky to stick a blank disc into a DVD writer could hardly be described as "manufacturing." Now they don't even bother: buyer beware!
To explain the difference is easy: a "pressed" disc has tiny pits pressed into an aluminum substrate then coated with a durable polymer. A "burnt" disc uses photoreactive dye that fades with time -- common estimate is a life expectancy of less than twenty years.... yet they charge MORE money for burnt discs. If you think that the film studios are making not enough money, keep on buying "burned" discs. Otherwise demand you get a product from them you can hand down to your children.
4 people found this helpful

CourtneyReviewed in the United States on September 20, 2017
3.0 out of 5 stars
A Love/Hate Final Season
Verified purchase
I was so stoked for the second season of Witches of East End after the end of the first season hinted at the what was to come. More than anything, I wanted to see Freya and Killian finally be able to be together! However, parts of this season felt too strange or drawn out for me at points.

For one thing, though I adore Rachel Boston's portrayal of Ingrid Beauchamp, I did not like her character arc this season. Her development seemed to be left as a side-plot that began strangely with the first episode. I really had hoped to see more of her like we did in the first season (and SPOILER not have her falling for Dash, whom I greatly disliked) As for Freya, I did enjoy the peaks into her and Killian's connected past lives. Their star-struck love stories were fun to watch, and I love the chemistry. The introduction of a certain Beauchamp family member fell flat for me, as his actions were predictable and cliche.

Still, with all my hang-ups about the events in the second season (and not liking the ending of the series), I managed to still watch the 2nd season in full and enjoy seeing witchy things on screen.
One person found this helpful

Chantell SnyderReviewed in the United States on June 4, 2019
5.0 out of 5 stars
Great show! But.....
Verified purchase
Why on EARTH did they cancel it?! And why leave it on a cliffhanger? It seemed obvious to me, they were getting ready for season 3, then the idiots at Lifetime, decided to cancel it. If they had done a made for TV movie to wrap it up, that would be different, but to end it on a cliffhanger is crazy.
5 people found this helpful

Freedom,Peace & LoveReviewed in the United States on April 14, 2022
3.0 out of 5 stars
Season 2 are DVD+R Disc’s
Verified purchase
I love the show. I was excited to find Season 1 and 2 on DVD. I ordered the two together. They arrived in a timely fashion. Packaging was standard but everything looked good Season 1 was authentic disc. Season 2 was not authentic. I tried it in the DVD player it played well and I had no problems. The Season 2 disc are DVD+R disc.

Just MeReviewed in the United States on November 6, 2014
5.0 out of 5 stars
CANCELLED??? SERIOUSLY??? IDIOTS!!!
Verified purchase
HEADS UP THIS IS AN EXCELLENT SHOW BUT IT HAS BEEN CANCELLED. IT'S SO SAD IT HAD SO MUCH POTENTIAL. I REALLY BELIEVE IT COULD HAVE GONE AT LEAST 8 SEASONS LIKE CHARMED.....IF NOT LONGER THAN THAT. BUY IF YOU ARE INTERESTED BUT THEY REALLY LEAVE YOU IN A MAJOR CLIFFHANGER THAT WILL NEVER HAVE AN END. WHEN WILL THESE PEOPLE LEARN IF YOU CANCEL A SHOW THIS SOON INTO IT, IT MAY ONLY CREATE BAD ISSUES FOR FUTURE SHOWS. I'M SO SICK & TIRED OF SHOWS BEING CANCELLED SO QUICK. I TOLD MY HUSBAND FROM NOW ON I WILL IGNORE EVERY SHOW UNTIL IT HAS A FULL 3 SEASONS. THEN I WILL BUY IT & WATCH....& IF TO MANY OF US LOSE FAITH LIKE I HAVE, HOW LONG WILL ANY SHOW REALLY RUN? TO THE WRITER.....LOOK FOR ANOTHER CHANNEL & I WOULD BET MY LIFE IT WOULD RUN AT LEAST AS LONG AS CHARMED DID!
5 people found this helpful

CGregoryRunReviewed in the United States on December 4, 2020
5.0 out of 5 stars
Ended when it hit its stride
Verified purchase
Such a shame that the show ended with such a cliffhanger. Maybe if the final few episodes had been able to wrap up storylines it would've been okay but instead, just makes me mad how networks don't give shows a chance to shine.
One person found this helpful

Jessi PerkinsReviewed in the United States on November 21, 2020
1.0 out of 5 stars
Amazon ripoff
Verified purchase
I waited a month for Amazon to send me this DVD only to receive a cheaply made DVD-R that Amazon just burned to disc and doesn't play.
4 people found this helpful
See all reviews
Back to top
Get to Know Us
Make Money with Us
Amazon Payment Products
Let Us Help You
EnglishChoose a language for shopping. United StatesChoose a country/region for shopping.
© 1996-2022, Amazon.com, Inc. or its affiliates