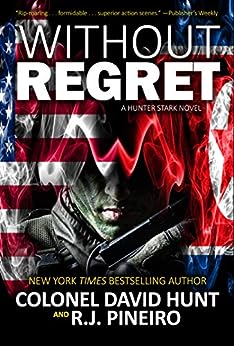 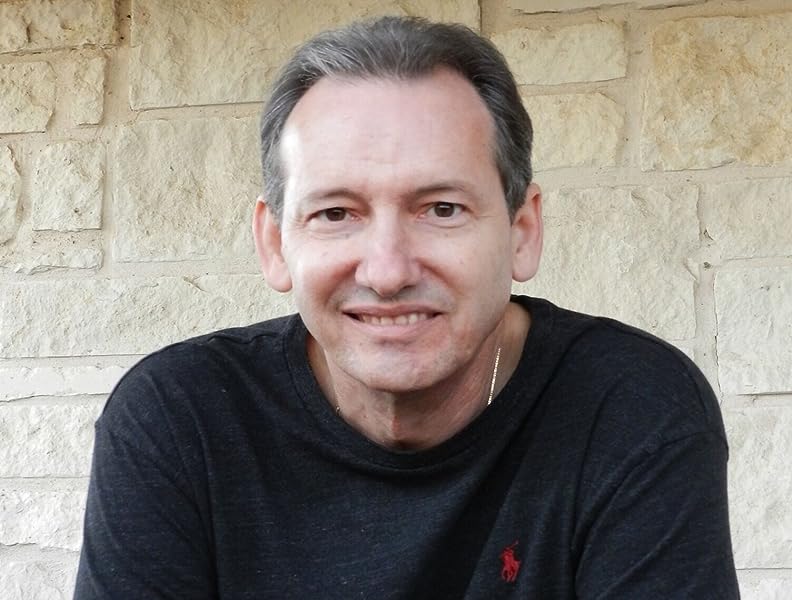 Against all odds, Colonel Hunter Stark and FBI Special Agent Monica Cruz must cross the lines of morality and justice in order to track down the perpetrators of a heinous crime that threatens to bring modern civilization to the very brink of a nuclear apocalypse.

In a tragic turn of events, Kim Jong-un, President of North Korea, is assassinated during an official visit to the United States.

On the surface, it appears as if the attack was carried out by the Japanese Mafia. And since it occurred on American soil, it makes the surviving and paranoid leadership in Pyongyang believe this could be the precursor to a long-feared invasion.

As the U.S. Seventh Fleet comes under attack in the Sea of Japan, American President Laura Vaccaro orders Stark and Cruz to unearth the proof she needs to exonerate America and Japan before North Korea and its allies -- China and Russia -- escalate the conflict into an all-out shooting war.

It is a haunting journey of unthinkable plots, special ops, thrilling naval battles, and unsavory alliances -- a journey into the heart of darkness, without mercy, without fear . . . WITHOUT REGRET.
Read more
Previous page
Next page

Next 1 for you in this series See full series
Total Price: $9.99
Books In This Series (3 Books)
Complete Series
Hunter Stark Series
Kindle Edition
Page 1 of 1Start OverPage 1 of 1
Previous page
Next page

Praise for WITHOUT REGRET

"In Hunt and Pineiro's rip-roaring third thriller featuring Col. Hunter Stark (after 2018's Without Fear), technical problems cause the plane carrying Kim Jong-un, North Korea's president, and his entourage to Washington, D.C., to land at Dallas-Fort Worth International Airport, where they run into ex-president George W. Bush, who loans the North Koreans his plane. That plane is shot down seconds after takeoff, killing everyone aboard. The shooters, Sinaloa cartel member Mireya Moreno Carreon, who has a grudge against Bush, and her henchmen, weren't aware of the switch. Not on the plane was formidable Naree Kyong-Lee, the North Korean in charge of Kim's security, who vows revenge. Several subplots, one featuring Stark's former partner, FBI agent Monica Cruz, entertain, but it's Stark's efforts to prevent WWIII that will keep readers turning the pages. The superior action scenes reinforce their place in the military thriller genre."--Publishers Weekly

Praise for WITHOUT MERCY

"A masterful thriller written by men of deep experience. Epic in scale yet swiftly paced, Without Mercy is as convincing as it is chilling. Authors Hunt and Pineiro know the insider details―the way governments, intelligence services and terrorists really work―and it shows from the first page to the closing scene. First-rate and very highly recommended!"
―Ralph Peters, New York Times bestselling author of The Damned of Petersburg
"Without Mercy is the ultimate terrorist scenario, with authenticity steeped into every page. Col. David Hunt and R.J. Pineiro put their credentials on display in stellar fashion. Readers who enjoy Tom Clancy and Brad Taylor will find a new favorite."
―Ward Larsen, USA Today bestselling author of Assassin's Silence

"The authenticity of the story makes the tale particularly terrifying, especially at a time when real-life international relations appear unstable. A fine apocalyptic thriller right up the alley of Clancy and Thor fans."
―Booklist

"A superb book . . . one of the best thrillers I have read since Stephen Coonts' Liberty's Last Stand. I did not want to put the book down. Colonel David Hunt and R.J. Pineiro worked together well to produce an exciting, well-written book that looks at the threats facing us today."
―Fresh Fiction

Praise for WITHOUT FEAR


"The story drips with battlefield authenticity, written by someone who has been on the front lines and knows what war looks like." ―The Real Book Spy

Born in Cuba and raised in Central America, R.J. Pineiro spent several years in the midst of civil wars before migrating to the United States in the late 1970s, first to Florida to attend Florida Air Academy in Melbourne. There, RJ earned a pilot's license and high school diploma in 1979, before heading to Louisiana for college.

R.J. earned a degree in electrical engineering from Louisiana State University in 1983 and joined the high-tech industry in Austin Texas, working in computer chip design, test, and manufacturing.

R.J.'s first published work, SIEGE OF LIGHTNING, a novel about a sabotaged space shuttle, was released by Berkley/Putnam in May of 1993. A second novel, ULTIMATUM, about a second Gulf War scenario, was released the following year, 1994, by Forge Books, which went on to publish R.J.'s next 12 novels over the following 13 years.

In 2015, R.J. teamed up with TV News military analyst Colonel David Hunt to kick off the &quot;Hunter Stark Book Series.&quot; The first book in the series, WITHOUT MERCY, about ISIS gaining acquiring nuclear weapons, was released on 3.7.17. The second book, WITHOUT FEAR, about the war in Afghanistan, was released on 8.7.18

​In 2017, R.J. also teamed up with New York Times bestselling author Joe Weber. The result is ASHES OF VICTORY, a novel of global terrorism and international conflict released by Ignition Books on 9.3.18

In 2018, R.J. penned a nineteenth novel, AVENUE OF REGRETS, a mystery revolving around sex trafficking and domestic abuse released on 11.16.18

In 2019, R.J. re-released his old and first novel, Siege of Lightning, on Kindle and also on a new paperback. He also released on 5.17.19 his twentieth novel, CHILLING EFFECT, a global climate thriller.

R.J. is married to L.M. Pineiro, an artist and jewelry designer. They have one son, Cameron &amp; Daughter-in-Law Sarah, and two crazy dogs, Coco and Zea.

4.2 out of 5 stars
4.2 out of 5
24 global ratings
How are ratings calculated?
To calculate the overall star rating and percentage breakdown by star, we don’t use a simple average. Instead, our system considers things like how recent a review is and if the reviewer bought the item on Amazon. It also analyzes reviews to verify trustworthiness.
Top reviews

Tanker Man
3.0 out of 5 stars Slightly disappointing
Reviewed in the United States on December 4, 2020
Verified Purchase
Not as good as the previous two. There was a glitch with the font (a separate criticism). Looks like when you wanted italics you got skinny font instead. I know there are people who are OCD about what type of gun is being used but when it almost gets down to the serial number, for me my reading speed takes a dip and interrupts the flow. I like some detail but not that much.
Read more
Helpful
Report abuse

Kat
5.0 out of 5 stars ACTION
Reviewed in the United States on June 27, 2021
Verified Purchase
Loved this book. Lots of action and a believable story!
Read more
Helpful
Report abuse

james ballard
5.0 out of 5 stars Awesone
Reviewed in the United States on December 9, 2020
Verified Purchase
Great book and series!! An easy read and hard to put down!!!
Read more
Helpful
Report abuse

KO
5.0 out of 5 stars A must read!
Reviewed in the United States on November 23, 2020
The third thriller in the Hunter Stark series is the best yet! You’re immediately immersed in the terrifying yet totally believable plot and the multiple subplots produce off-the-charts action chapter after chapter. The real-life experience of the authors comes shining through in the character depth and action detail. Fans of Tom Clancy, Jack Higgins, Robert Ludlum, and the like will thoroughly enjoy this really exciting book. It would make a fantastic movie!
Read more
Helpful
Report abuse

DP
5.0 out of 5 stars A terrific and terrifying read
Reviewed in the United States on November 20, 2020
This is the third book in the series and it’s simply outstanding, another great Hunter Stark novel.
Read more
Helpful
Report abuse
See all reviews