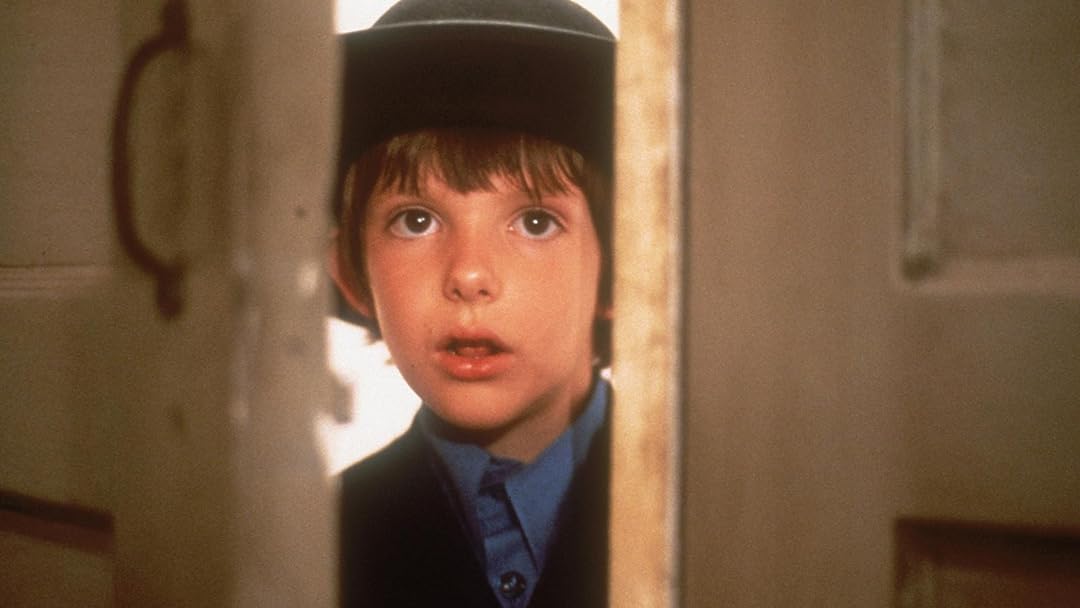 AaronReviewed in the United States on January 5, 2019
4.0 out of 5 stars
Crime simply a plot point to get the people together
Verified purchase
The portion of the movie involving the police subplot is the least interesting, and most contrived part. It's sole purpose is to get these characters who would normally never cross paths together.

These are interesting people with interesting lives. The sense of community (though potentially stifling) is striking. The idea of a barn raising--a community all coming together to truly, physically help one of its families--is rare. I can't think of such an example I've ever witnessed in any community I've ever lived in--most of them could hardly be called a "community" at all.

It struck me that it's easy to think of them as strange and backwards. But I think they have many things we do not.

Yiannis PReviewed in the United States on December 31, 2018
5.0 out of 5 stars
One of the Best movies of the 20th Century
Verified purchase
Witness excels in practically every film category: scenery, costumes, screenplay, character development, and, of course, acting performance. I saw it when it first came out 33 years ago. It has not aged one iota. It remains a cinematic wonder.
26 people found this helpful

Kimberly F.Reviewed in the United States on May 15, 2018
5.0 out of 5 stars
One of the best movies EVER.
Verified purchase
I love playing this movie for people who have not ever watched it. This movie has it all. Wit, suspense, romance. BEAUTIFUL filmed in Pennsylvania I believe. Top 10 movies of all times.
22 people found this helpful

Blue DogReviewed in the United States on March 7, 2016
5.0 out of 5 stars
Witness Holds Up Well Over The Years
Verified purchase
Witness has held up well. I saw it at the time, the mid 1980s, but my wife had not, so we rented it.

The plot revolves around a small Amish boy who witnesses a murder. Without any spoilers, Ford's character, John Book, a policeman, hides the boy and her mother back at their Amish farm. The police part of the story seems incidental to the real story, the clash of two cultures, Philadelphia and Lancaster County Amish.

The movie is slow, luxuriously slow. Things have time to evolve and to develop. Recommended.

Kevin CarhillReviewed in the United States on October 23, 2019
1.0 out of 5 stars
An Amish dramedy??
Verified purchase
What the hell did I just watch??!... I will say, Kelly McGillis shines every time she is on screen, and the casting is, by and large very good... but there's two movies here: A crime drama with a unique premise and a tangled web that needs to be unwound (unfortunately, that all gets wrapped up in about 15 minutes of actual screen time)... The second 'movie' is a fish out of water Amish love story. Which on its own (mostly due to Kelly McGillis) isn't too bad... BUT, when you put them together, you get a disjointed mess in tone and story. They spent SOO much time on the Amish farm that when they do cut back to the police office, it feels out of place, like it's from another movie that doesn't belong in this one... And the ending was TERRIBLE! One of the least satisfying endings to a film I've seen in a while (to say nothing of the fact that someone dies from corn... yes. They die from CORN!)... This bloated mix-matched movie had some promise, but ultimately failed to entertain.
5 people found this helpful

techmomReviewed in the United States on April 6, 2019
5.0 out of 5 stars
Aw shucks! Loved this film 'sep the ending :-(
Verified purchase
This will be my shortest review ever because I shouldn't say what I want to say so I won't spoil your viewing pleasure.
Safe to say the communal LOVE of the plain traditional Amish beats anything we modernist feign to have. Your heart will swell with joy several times especially when they hoist a barn and drop everything for the ringing bell. Actors were very credible. But as I said, wish the ending were more Hollywoodish happy-ever-after. Highly recommend you watch this for an all-over-good feeling of joy. . .except the very end LOL!
11 people found this helpful

Dr. PaulReviewed in the United States on November 10, 2021
5.0 out of 5 stars
It may be older, but Witness is still a great film
Verified purchase
One of my favorite Harrison Ford films, Witness holds up after all these years. If memory serves, it was one of those films that introduced many to the Amish communities of America. After it came out, I feel like so many started to pay attention to their way of life. It was Ford’s character, John Book, who took you on a ride into that world, trying to protect a young Amish widow and her son, who through chance, witnessed a high profile murder. Book disappears with them back to their farm, hurt in a shoot out, and needing to recover. Over time they grow close, the outside and the young widow, but then come face to face with the men who want to hurt her and her son. It’s a great film, with top notch acting, a charming love story, and while very 80s, it’s held up well. We still find it a great movie.

ChrisSherrillReviewed in the United States on October 23, 2019
4.0 out of 5 stars
Four stars
Verified purchase
“Witness” is not family friendly due to language and frontal nudity.
I’ve seen Witness a number of times and enjoyed it each time. Some have said it is slow, and it is a little slow in the middle where it’s trying to develop the falling-in-love portion. The film has weaknesses. Would an Amish woman expose herself to her romantic interest? I can’t see it. Would a man such as Book really stand around ogling a woman like a lecher? I hope not. Would a posse of three rogue cops really go riding into a community, even a separate one like the Amish, ready to blast it out and kill whoever gets in the way? That’s an act of utter desperation and they aren’t at that point yet. Still it’s an enjoyable watch. I really liked Ms. McGillis’ eyes and facial expressions; they were quite good. Mr. Ford, on the other hand, looked like a peeping tom. Still he is a really good actor.
One person found this helpful
See all reviews
Back to top
Get to Know Us
Make Money with Us
Amazon Payment Products
Let Us Help You
EnglishChoose a language for shopping. United StatesChoose a country/region for shopping.
© 1996-2022, Amazon.com, Inc. or its affiliates