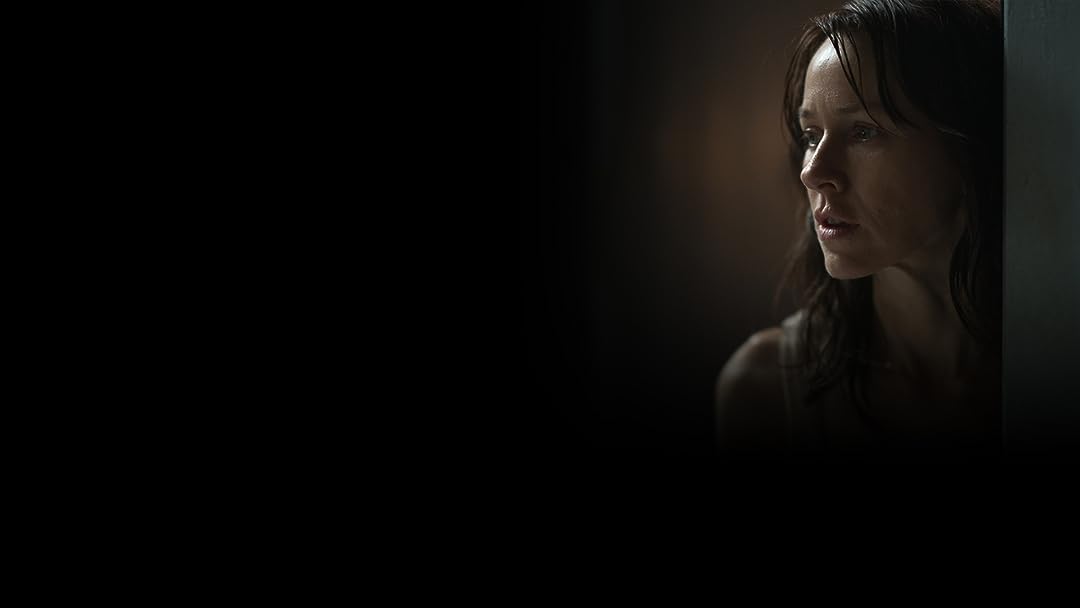 (474)4.91 h 39 min2019R
Set in the Bronx during the Summer of Sam, June (Naomi Watts) becomes unraveled when an unseen tormentor begins harassing her in this taut Hitchcockian Thriller.

Writer/Healer/WandererReviewed in the United States on July 8, 2020
5.0 out of 5 stars
It's Not About the Buzzer
Verified purchase
I almost did not watch this movie based on negative reviews, though I like Naomi Watts. I find it hard to believe that anyone entered into this film thinking it would be a thriller about someone terrorizing Naomi's character with a door buzzer, and hoping for that. This film is about a woman who is in the depths of grief and guilt, and it's the Summer of Sam (this is not a "Summer of Sam" film -- simply setting the stage for that blistering hot, gritty, and fearsome period - a perfect backdrop for this character's state of mind). She is hiding out in a dangerous part of NYC (her grandmother's old apartment, like a hot womb), unable to leave, filled with pain. She has hit bottom, and then there is this buzzer that grates on her raw, damaged nerves, the sound frightens her, and it abruptly buzzes like a saw every night, 3-4 times. No one is there. No one responds to her cry for identification. Just the noise of the riotous street below. The film is about a tormented woman who had bravely opened her heart to the world through writing a brilliant novel about her wealthy father and wound up learning, during a TV interview, about his sudden, fatal heart attack. Soon after, her family disowned her. In her grief, she has come to believe she might be a danger to the world, and she sees the world as a danger to her. The buzzer is a mystery. A man she allows into her home suggests it might be a calling...the world and life calling to her to return. This film does fit the Hitchcock model. Hitchcock's films are sometimes about the fragility of the human spirit. I'm glad I finally gave this film a chance, and I believe it is a successful venture.
26 people found this helpful

linda galellaReviewed in the United States on March 21, 2021
4.0 out of 5 stars
A long hot summer of
Verified purchase
psychological terror and torture.

Naomi Watts does a good job holding down what’s basically a one woman show. A bestselling author who’s holed up in a Bronx tenement that belonged to her grandmother is suffering from agoraphobia. She’s running out of money from the advance on her new book that’s severely over due. Her family is estranged, she threw out the one person still close to her and she believes someone is trying to terrorize her.

Most all the film is shot inside this depressing, dirty apartment. From time to time she peers out the window and will cautiously look out the door, eyes only. A grocery store delivery guy brings food, booze and cigarettes and charges her absurd prices for chores she can’t manage. It’s the one vested relationship she’s got, such as it is, it’s pivotal in the long run.

Altho’ the scope is small, the cinematography is very good. You will feel the angst and smell of this hovel. The sound and sights of 1977 NY are done very well - the scratchy radio, creaky fan, street noise, flickering lights, cars and clothing all reminded me of sweaty summers in the 70’s.

This is a mental movie, not an action sort of story. The tension builds as Watt’s character becomes more and more desperate about her ability to survive her circumstance. Will she be able to write the new book, or not? How will she get it to the publisher? Can she overcome her fear to meet her obligation and continue to provide for herself?

3.5* rounded up because we all need a little grace🍿

JWReviewed in the United States on August 9, 2020
4.0 out of 5 stars
Very good movie; great acting.
Verified purchase
This was not suppose to be a sensational horror story, but about a normal person, a writer, formerly very successful, but with all the internal strife and doubts which commonly assail serious writers. Following the controversy surrounding her previous book, and the rejection of her family who never was really supportive., she's caught in a gradual downward spiral which results in self-isolation. Out of desperation she begins to write again of her turmoil. Then believing an acquaintance has been hurt outside her window, she forces herself out of her isolation, ventures out and resumes her life.
5 people found this helpful

CindyReviewed in the United States on July 28, 2020
1.0 out of 5 stars
TRASH
Verified purchase
This is the worst movie I've ever seen in my entire life! Words can't describe how painfully horrible it is. I stuck it out because Naomi Watts was in it, but let me tell you it was torture!

The entire movie takes place in one room and the whole thing is Naomi crying and feeling depressed - THE ENTIRE TIME!

OMG I this is two hours of my life I will never get back. Pure trash!
4 people found this helpful

DaniJReviewed in the United States on March 15, 2020
1.0 out of 5 stars
Extremely disappointing!!!!!
Verified purchase
This movie is very deceiving after waching trailer!!! Suspenseful horror movie it is not! Basically about a writer with agoraphobia. Boring and not worth renting never mind buying!!!!
6 people found this helpful

annaReviewed in the United States on November 9, 2020
5.0 out of 5 stars
Naomi delivers hands down
Verified purchase
I watched this without knowing what it was about, where it was headed and I gotta say more and more into the film I was hooked. Naomi Watts is so brilliant in her acting and role delivery. Even though the whole film is set inside an apartment and its basically a one woman's show, it's grabbing and intense in a mysterious way. It hit the mark for me, even more so with how the film concluded. Well done!
2 people found this helpful

Bjiou ApoloniaReviewed in the United States on April 17, 2021
1.0 out of 5 stars
Ding dong ditch it!
Verified purchase
This movie so f-ing stupid. They sell it like a suspense movie and it is just this woman sitting around in a cluttered apartment in the Bronx smoking and ordering take out. They don’t even really flesh the main character out
Spoiler alert - her delivery person is not reliable !!!
Nothing happens at all beyond a waste of time.

I predict you will doing more interesting things around your house while this is in on than is actually happening in the movie.

However, as much as I hate this movie it does draw attention to the real problem of ding dong ditching in our nations inner cities.

LisaReviewed in the United States on May 6, 2021
4.0 out of 5 stars
Exceptional performance by Naomi Watts
Verified purchase
The title had me lost for a while, but when I understood the meaning, it not only made sense but was the cherry on top; well done. The portrayal of NYC in 1977 may be eye-opening for those too young to remember. The story is about whether art is inspired by life or does life unfold from a script someone else makes for us. The central character takes us on a journey with her family and friends, reaching fame and then what?, fears and doubt, and eventually courage. I highly recommend this film.
See all reviews
Back to top
Get to Know Us
Make Money with Us
Amazon Payment Products
Let Us Help You
EnglishChoose a language for shopping. United StatesChoose a country/region for shopping.
© 1996-2021, Amazon.com, Inc. or its affiliates