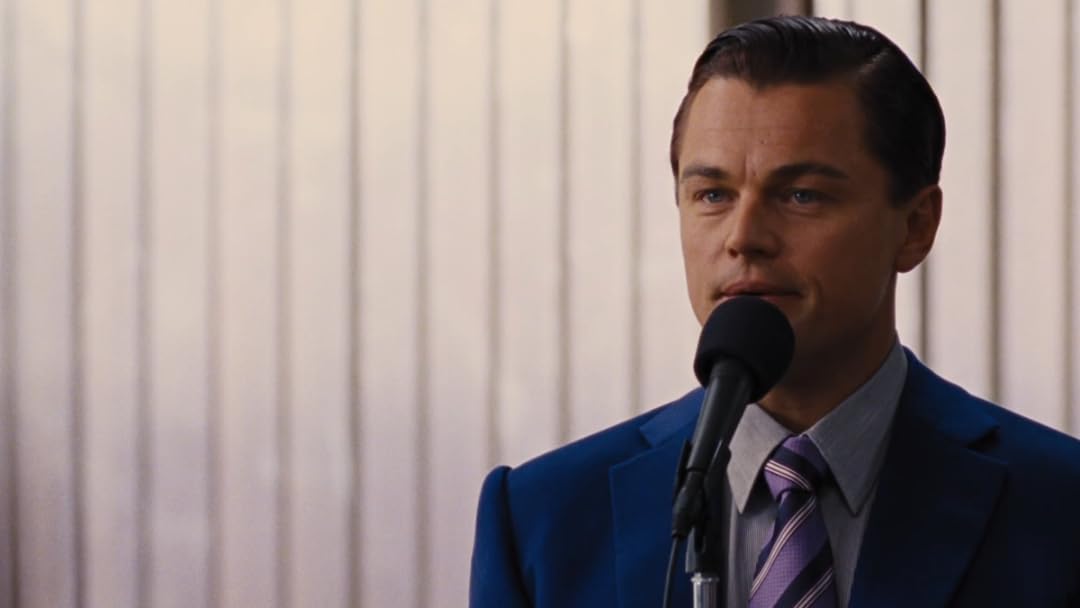 The Wolf of Wall Street

(80,530)
8.22 h 59 min2013X-RayHDRUHDR
Leonardo DiCaprio delivers "the best performance of his career" as a young stockbroker hungry for a life of non-stop thrills, where corruption was king and more was never enough.

im rick jamesReviewed in the United States on August 16, 2018
1.0 out of 5 stars
BEWARE: NOT A NATURE DOCUMENTARY
Verified purchase
I figured with the title it was a documentary about how urbanization is affecting wildlife, but no it's about some scumbag that does a bunch of drugs and has a boat
651 people found this helpful

joel wingReviewed in the United States on December 11, 2019
5.0 out of 5 stars
Scorsese takes aim at the greed of Wall St via a true story w/1 of DiCaprio's best roles
Verified purchase
The Wolf Of Wall Street was directed by Martin Scorsese and based upon the true story of Jordan Belfort who recalled his rise and fall as a stockbroker. Belfort had everything. A former model for a wife. A huge house, cars, jets, a yacht. A multi-million dollar business, drugs, hookers, etc. and then everything came apart. That’s what the film is about. It was a tale of greed and excess by the rich who believed they could do anything they wanted because they had money and power.

The ensemble cast stands out. Leonardo DiCaprio as Belfort is charming and outrageous at the same time. He acts like he’s bulletproof. His partner Donnie played by Jonah Hill and the other members of his original crew look like a bunch of nobodies but are hilarious in their stupidity and how they were willing to do nearly anything.

It also talks about how the Stock Market is a con job. His first boss Mark Hanna played by Matthew McConaughey told him his main job was to make money for himself by manipulating clients while having all the sex and drugs he could along the way. That was a lesson he would remember for the rest of his life. Belfort would take that to extremes by selling penny stocks, shares in small businesses that were just starting that no one had ever heard of to working class people and then the middle class and rich. He became a multi-millionaire in the process selling junk.

Finally the movie is full of hilarious moments. Most of those are drug induced. For instance Belfort takes some drugs and has to drive home but he can’t talk and he can barely walk. He finally gets into his sports car and drives home only to be arrested later on and sees that he crashed his car into nearly everything on the way home.

It’s a great movie with one of DiCaprio’s best roles. It’s got an important lesson and will make you laugh at the same time about what Belfort and his compatriots were able to get away with.
C

JonathanReviewed in the United States on February 25, 2019
1.0 out of 5 stars
an offensive waste of 3 hours
Verified purchase
Unless you're really longing for an endless parade of f*** in every sentence, debauchery in utter excess, drugs that flow like Niagara... I'd pass on this film. If this film needed to be made (and a couple of days after watching it I'm really wondering if it needed to be made) It could easily have been condensed to under 2 hours. It was painful by the end. If you'd like a movie about wall street that doesn't leave you feeling violated watch "Pursuit of Happyness" instead.
111 people found this helpful

SerenaReviewed in the United States on November 24, 2017
5.0 out of 5 stars
Best movie of all time
Verified purchase
This is honestly one of my top favorite movies of all time. I feel like the people who don't love it don't have the appreciation for what an incredible movie this is. Yes, its very graphic, lots of nudity and sex, lots of drugs and violence. But, that's all part of it. I am very picky with movies and I have to REALLY love a movie to sit through it if it is long. With this movie, it doesn't even feel long to me every single time I watch it (at least 5 times by now!). I think the movie is interesting and capturing from start to finish. Scorsese and DiCaprio did an amazing job.
124 people found this helpful

Paula Baker WaldropReviewed in the United States on March 27, 2019
1.0 out of 5 stars
R rating is Not Enough
Verified purchase
Should have been Rated X couldn't watch the whole movie.
63 people found this helpful

Amazon CustomerReviewed in the United States on January 27, 2021
1.0 out of 5 stars
Just Glorifies Awful Behaviour
Verified purchase
Really just felt like a movie about glorifying someone has no respect for anyone, swindles people out of their money, cheats on his first and second wife, assaults his second wife, puts his own child in danger (which was a life threatening situation), puts other people in danger, doesn't care who he screws over to get rich... why is this movie praised? What is good about this movie? It's pretty, but so what, so are other movies that are not about praising a man for being awful.
26 people found this helpful

Jon WatersReviewed in the United States on April 26, 2020
5.0 out of 5 stars
Scorsese Explores the Corruption of Money
Verified purchase
Earlier Scorsese films explored the unrestrained violence and greed that mob figures occupied in American cultural life -- Goodfellas saw Joe Pesce and Robert DeNiro kill at will for a quick windfall; Casino saw Joe Pesce and Sharon Stone wallow in violence and drug abuse with unlimited money supporting them. Greed, gluttony, and lust dominated their lives. The Wolf of Wall Street explores the effects of unrestrained money on ambitious, driven white collar salesmen, and, again, greed, gluttony and lust dominate their lives. Take a look at the American dream experienced by those few who succeed beyond all expectations: broken homes, depravity, sexual perversion, corruption, and drug addiction. Not a pretty picture. No wonder the Academy didn't honor the film for best film or best director. Who wants to see themselves represented in full gluttonous depravity on the big screen? (What up, Harvey?)
26 people found this helpful

Anonymous999Reviewed in the United States on March 6, 2018
5.0 out of 5 stars
Love it
Verified purchase
Great story. Super raunchy. Super vulgar. Obscene. Drug filled. Nudity. I tend to gravitate towards movies where the protagonist is basically out of control, and this movie fits the bill. You’ll cry from laughing if you have a good sense of well balanced dark humor. Possibly DiCaprio’s best movie to date.
65 people found this helpful
See all reviews
Back to top
Get to Know Us
Make Money with Us
Amazon Payment Products
Let Us Help You
EnglishChoose a language for shopping. United StatesChoose a country/region for shopping.
© 1996-2022, Amazon.com, Inc. or its affiliates