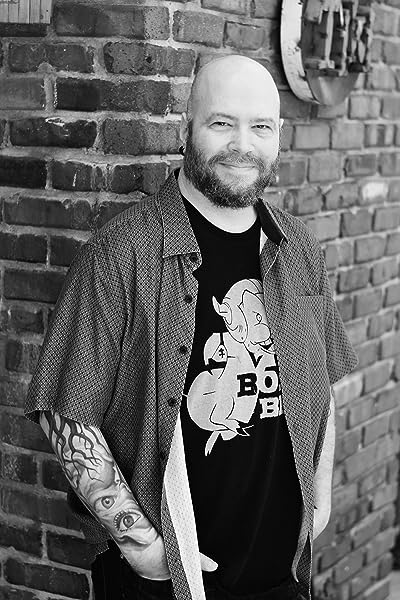 by Howard Chaykin (Illustrator), Ron Garney (Illustrator), Adam Kubert (Illustrator), Stephen Segovia (Illustrator), Paco Diaz Luque (Illustrator), Udon Studios (Illustrator), Jason Aaron (Contributor) & 4 more
4.2 out of 5 stars 22 ratings
See all formats and editions
Sorry, there was a problem loading this page. Try again.
He's the best there is at what he does...and Wolverine's not so bad, either. Now, the debut of writer Jason Aaron's (PUNISHERMAX, Scalped) acclaimed and character-defining Wolverine run is collected in one handy volume! Joined by some of comics' top artists, Aaron pits Wolverine against an array of twisted foes including super-powered kungfu gangsters, a platoon of Adamantium-enhanced mercenaries, a broken little man with a very big gun, a nonstop barrage of Marvel's heaviest hitters, and - in a brutal, no-holds-barred battle that may destroy them both - the treacherous, shape-changing Mystique! Guest-starring Spider-Man, the X-Men, X-Force, the Avengers and more!COLLECTING: Wolverine (2003) 56, 62-65, material from 73-74; Wolverine: Manifest Destiny 1-4; Wolverine: Weapon X 1-5; material from Wolverine (1988) 175
Read more
Previous page
Next page

4.2 out of 5 stars
4.2 out of 5
22 global ratings
How are ratings calculated?
To calculate the overall star rating and percentage breakdown by star, we don’t use a simple average. Instead, our system considers things like how recent a review is and if the reviewer bought the item on Amazon. It also analyzes reviews to verify trustworthiness.
Top reviews

Benjimen R Parris
5.0 out of 5 stars How To Hunt A Wolverine
Reviewed in the United States on October 26, 2015
Verified Purchase
Ever asked yourself wow Wolverine is to powerful sometime? He has what is considered the fastest and most powerful healing factor in the Marvel comics, incredible animal senses that makes a german shepard useless, sharp retractable claws and bones that is covered in unbreakable adamantium, and is so pissed off he makes hitler look cuddly. Wolverine is the best at what he do and what he do is not pretty. But thanks to this first part of Jason Aaron's complete collection we see, Logan, not on top most of the time but mainly in a pit getting shot 24/7, fighting all of chinatown, on a deadly hunt for Mystique, and pitted up against what you can say knock off Wolverines. Yeah, Weapon X has his hands full and covered in blood but we truely see him at his weakest and even meeting his better match. So if you feel that Wolverine is to much feel free to see him beaten and having to use his wits. All I can say is this collection is awesome and is like no other.
Read more
Helpful
Report abuse

Aussie Xtreme Legend
5.0 out of 5 stars One world. Amazing.
Reviewed in the United States on August 21, 2015
Verified Purchase
One graphic novel I could NOT put down. To the opening chapter, to Get Mystique (which is one of the best and most compelling comics I have read in a long time) to Aaron's first run at Wolverine we see a solid add on to a character that defined what Anti-heroes are today in fiction!! Eager to continue with the other three volumes I added to my collection!!
Read more
Helpful
Report abuse

Mohaimi Mohamed
3.0 out of 5 stars The quality of the cover
Reviewed in the United States on November 29, 2019
Verified Purchase
A little bit damage on the spine. But the internal is still good.
Read more
Helpful
Report abuse

Slim Cat
4.0 out of 5 stars Great Start to Aaron's Run with Wolverine
Reviewed in the United States on March 29, 2014
These complete paperback collections being put out by Marvel have been great. Big collections of modern day runs of great stories by some of comics best talent. The Uncanny X-Men by Matt Fraction and Thunderbolts by Warren Ellis are excellent as well. I cannot wait for the Guardians of the Galaxy by Dan Abnett and Andy Lanning collections coming out later this year, and it is worth mentioning the X-Force by Craig Kyle and Chris Yost collections and the "one of the best runs ever" Uncanny X-Force by Rick Remender collections are still to come.

To this actual collection, I will not spend too much time on story and art specifics as these have been reviewed over and over in their smaller collection form. Jason Aaron does a wonderful job writing the Wolverine, one of the most popular characters in all the Marvel Universe. I was hesitant about this collection as Wolverine is all over the place in so many other books and stories I enjoy, like his adventures with the X-Men, Avengers, and Marvel events. Aaron gets more to what makes this killer with a heart tick and shows there is more to him than meets the eye. We do not just get to see Wolverine one upping every one, going on feral frenzy, or get horrible mauled so that the limits of his healing factor get pushed, although we do get all that stuff, but Aaron gives more to Wolverine's history and psyche. The stories are very brutal and have a lot of graphic violence to them, these are more mature tales. A wolverine story rarely is a happy one. Aaron does all this with the aid of some really good gritty artists like Ron Garney, Adam Kubert, Howard Chaykin, and Stephen Segovia.

This volume has a bunch of scattershot issues of Wolverine as Aaron was still proving himself to Marvel and the fans, but the end has the beginning of his Weapon X series that continues on into the next volume. The collection has a one-shot story that Aaron did as a contest winner in the early 2000's and is oddly placed at the end of this collection. It shows how trouble always manages to follow Wolverine wherever he goes and everyone pays the price.

The next story is another one-shot where Wolverine is being held in a hole in a secure facility while men take shifts unloading a machine gun into him to keep him down there. Wolverine picks the man he feels the most vulnerable and plays some mind games. Really cool story showing how cunning Wolverine can be.

The next is a four parter where Wolverine has been tasked to hunt down and kill Mystique. This proves to be more challenging than one would think as Mystique is extremely crafty and knows how to get by. Aaron plays out a dual narrative with following Wolverine's hunt in the present and telling a tale in the past when Wolverine and Mystique first met in the 1920's. Both are really good and paced effectively.

The following story is another four parter with the X-Men heading to San Francisco, Wolverine goes to Chinatown to check up on some old business. This one plays out like the previous Mystique story in that there is the present story and flashes back to show how Wolverine made mistakes to lead him to his current predicament. Another fun tale.

Then there is a two parter that showcases Wolverine's busy life and how exhausting it all is. Fellow Avenger member Spider-Man confronts him about it and why is he being so self destructive by running himself ragged.

The final story arc is a five parter that has a ruthless corporation getting the old Weapon X formulas and methods, the way Wolverine got his skeleton coated in the adamantium metal and killer training, and making their own adamantium soldiers. This story is the weakest as it drags from it's length and Aaron focuses more on action and Wolverine being more ruthless as oppose to the other stories in this big collection.

Aaron's run on Wolverine kicks off nicely here as he explores just how rough it has been for the man called Logan, the mutant killer known as the Wolverine. He looks at how the years of killing have affected him and how having that healing factor is not as great as it would seem as he has had to feel so many stab wounds, gun shots, explosions, etc, and the regrowing of his body and organs is not a pleasant experience. Pretty heavy and graphic tales with a nice amount of fun and action thrown in make this a great ride for one of the best of the best.
Read more
3 people found this helpful
Helpful
Report abuse
See all reviews

wilf.nelson
5.0 out of 5 stars An excellent character study of Wolverine
Reviewed in the United Kingdom on August 24, 2015
Verified Purchase
This is a series of stories collected together from Aaron's run doing Wolverine. It is more a character study than an actual big plot like say Wolverine Origins. Aaron however is a very talented writer for approaching characters in way that play on convention or previous undiscussed areas.

In this we see Wolverine's connections to the Chinese mob and how he faces leadership.
We see how good a fighter he is and he deals with a character for him his healing factor isn't a concern.
We see how wolverine deals with extended captivity
We see how his relationship with Mystique
We see how he handles getting his memories back
and finally how Jason Aaron got his job.

It shows areas of Wolverine that are fascinating and fleshes out his character beautifully. Very much worth a read if you like Wolverine and want to see him away from less interesting X-Men.
Read more
Report abuse

Mr Paul Kirby
1.0 out of 5 stars Forget it, read his own creations
Reviewed in the United Kingdom on January 28, 2019
Verified Purchase
Before I read this I had loads of Aarons Marvel writings on my wish list. However, after reading it they were all deleted. Not a patch on his own productions like Southern Bastards, which, from now on, is what I'll be sticking to of his.
Read more
One person found this helpful
Report abuse