Wolves of Fenrir: Full series and millions of other books are available for Amazon Kindle. Learn more
Share 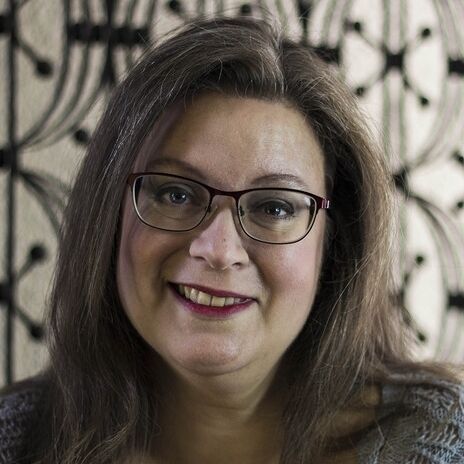 by Sela Carsen (Author)
4.6 out of 5 stars 9 ratings
See all formats and editions
Sorry, there was a problem loading this page. Try again.

By the year 2225, humans have come a long way. Broadening Earth’s frontiers into the galaxy means taking a crash course in inter-alien relations, and humans are – mostly – embracing their new allies.The Fenrir are Viking descendants of the Great Wolf of Norse myth – heroes and heroines from across the galaxy who have returned to Earth to help keep our planet safe. A physicist and an assassin, a spy and a mechanic, an old soldier and a weaver, a general and an interpreter – fall in love and follow them into danger as they face down an enemy threat that could plunge the Earth back into a war to end everything.A Wolf to Watch Over MeLauren Ivers should be home, reading and eating take-out. Or in her lab, working on new ideas in post-quantum theory. Instead, she’s on the run with the bodyguard she didn’t know she had in a desperate bid to get off-planet before she becomes a casualty in an intergalactic war. She’s sure it’s just the adrenaline that has her reacting to her oversized protector with smart-mouthed replies and a full-bodied zing she wills herself to ignore.Hakon sidUlfr, a wolf-shifter from another world, and Lauren’s covert bodyguard, is determined to keep her safe from the Axis aliens hunting her. Not because she’s a duty, but because there’s something about her that calls to all his primitive and protective instincts. It’s a distraction he can’t afford as he works to sneak a single, small human across unfamiliar terrain.When Hakon is injured, Lauren realizes that while he was protecting her body, she should have been protecting her heart.A Most Wanted WolfYou can’t trust a spy. That’s the nature of their job. As a warrior, Ule tärEinar prefers direct action to sneaking around. Yet when she meets Andrew Wyatt, she can’t deny that sparks fly.Andrew’s assignment is to steal back the human scientist who was about to become a Fenrir mate. He doesn’t count on the woman who meets him eye to eye, challenging everything he ever knew about alien relations.As the cold war between their two cultures heats up, Ule is going to have to learn how to trust the man who could destroy her world with just one lie.Silver Wolf RisingDagny tärEinar is on her way to Earth to start her new life. Not that she knows what that’ll be like – a long-time widow with grown children, she hardly knows who she is anymore.Being forced into retirement is turning him bitter. Niall sidKalvr knows it, but he can’t help it, either. He’s ending his long career in the Fenrir Army to become a farmer, of all things.Neither of them expect to be saviors, the leaders of a small rebellion. But when enemy soldiers invade their pack ship, Niall and Dagny are forced to work together to protect and care for their shipmates and themselves, despite the distracting life-scent trying to draw them together. A scent that indicates they’re meant to be together for the rest of their lives. However long – or short – that may be.The Wolf Who Came In From the ColdRig sidUlfr wants peace on Earth.Literally.As the general in command of the Fenrir troops on Earth, his mission is to maintain the security of the planet in the aftermath of an intergalactic war. And if alien Axis terrorists would quit putting his new, distractingly attractive interpreter in the line of fire, that would be great.Mirea Randolph may speak half a dozen languages, but words won't be enough to keep her and Rig safe. It seems like every time she gets her red lipstick on him, another attack occurs. With constant attempts to derail the fragile peace process, she ends up involved in layers of deception she won't be able to talk her way out of in any language.Their attraction burns laser hot as they work to keep Earth safe from a new wave of enemy invasions. But once the job is done, will Rig have to go back into the cold alone, or will Mirea keep him warm?All of these stories have been previously published and are also available as single titles.
Read more
Previous page
Next page

"This Magnificent Dappled Sea: A Novel" by David Biro
Two strangers―generations and oceans apart―have a chance to save each other in this moving and suspenseful novel about family secrets and the ineffable connections that lead us to one another. | Learn more

Start reading Wolves of Fenrir: Full series on your Kindle in under a minute.

Sela Carsen is an award-winning author of paranormal and sci-fi romance -- with or without sex and dead bodies. Your pick. She maintains a permanent nerd-on for fairytales and mythology, and openly hoards reference books about obscure folklore. Born a wanderer (including a stint in Suffolk, near Bury St. Edmunds), she and her family have finally settled in Midwestern USA. Until they move again, at least.

4.6 out of 5 stars
4.6 out of 5
9 global ratings
How are ratings calculated?
To calculate the overall star rating and percentage breakdown by star, we don’t use a simple average. Instead, our system considers things like how recent a review is and if the reviewer bought the item on Amazon. It also analyzes reviews to verify trustworthiness.
Top reviews

Lydia Perversius
5.0 out of 5 stars One big awesome bundle of stories
Reviewed in the United States on February 14, 2018
Honestly, one of the best book bundles I've stumbled upon in a while. Alien werewolves and sci-fi, mixed up in a delicious packet!

The series is about an alien race descending from Vikings - who are also werewolves! The Fenrir Wolves - as they call themselves - are great warriors, proud and filled with morals and honor, keeping their beasts in check - unless it's time to fight something. Then all hell breaks loose! Through each of the books we witness several key members of their race finding love and a new purpose in life, as they struggle to protect their fellow neighbors, the humans of Earth, from hostile alien races wishing to wipe humankind from existence - or worse.

Though each story was short, I found that to be acceptable and enjoyed the books even more so. That was because, with this being a boxed set, it was easier to breeze through each couple without too much going on every time. And with the variety of characters it wasn't difficult to get engaged with the plot and them. More than that, the action was never absent, nor was the suspense and the fast pace. On top of it all, the stories were linked, so it was really like following the same line, but with different focuses each time.

And the love scenes were supreme! With just enough sexual tension between them, and the adrenaline of the ever-present danger, the protagonists gave a spectacular intimate performance on the pages. Witty lines were never away from each dialogue, and each main male and female came with their own specific skill sets, but all of them were the same on one matter: they were strong in heart and mind, stubborn, and had depth in personalities. My personal favorite couple was Niall and Dagny - it was really beautiful to see second-chances existing even for a pair that seemed to have been past their youthly prime (and I'm a sucker for scarred, broken characters, so double bonus for Niall being as amazing as he was in the matter).

I really liked the potential Mrs. Carsen showed in this series. I can't wait to read more of her books!

***I was given an ARC from the publisher via NetGalley in exchange for an honest review. The opinion stated in this review is solely mine, and no compensation was given or taken to alter it.***
Read more
One person found this helpful
Helpful
Report abuse

James Yanni
4.0 out of 5 stars 3.7 stars, really.
Reviewed in the United States on March 28, 2020
It's a bit too well-written to give it only 3 stars, but it's definitely weak as a 4-star effort. The science fiction alien werewolves were a good concept, well done; the sci-fi war was a bit cliched (including the bad guys being, pretty much literally, bug-eyed monsters) but what really cost it a star and almost a second star was the fact that it was also a series of romance stories; I have nothing against a good love interest, and the eroticism was well-done, clear and unapologetic but not overdone. But while it's true that the female characters were good enough to keep it from degenerating into a series of Fantasy/SF bodice-rippers, the constant "love at first sight" (first sniff?) motif was not to my taste. If that's the kind of love story you enjoy, consider this a low 5-star review instead of a low 4-star; I couldn't help being a bit put off by it.
Read more
Helpful
Report abuse

H. Bane
5.0 out of 5 stars Great series
Reviewed in the United States on February 20, 2020
This box set includes the full Wolves of Fenrir series. This is a great series that grabs your interest and keeps it throughout. It’s a well written series with well developed characters. I recommend reading.

Sharon
4.0 out of 5 stars interesting
Reviewed in the United States on April 4, 2020
This is my first time reading this author and I liked the blurb so chose to read this box set. This is the full series and there is a total of 4 short stories in this series. Each story is interesting and enjoyable to read.

Kindle Customer
5.0 out of 5 stars New author to me
Reviewed in the United States on February 20, 2020
Great book. First time reading this author and I shall continue. A pleasure and joy to read. Please at least give the first few chapters a go
Read more
Helpful
Report abuse
See all reviews
Back to top
Get to Know Us
Make Money with Us
Amazon Payment Products
Let Us Help You
EnglishChoose a language for shopping. United StatesChoose a country/region for shopping.
© 1996-2021, Amazon.com, Inc. or its affiliates