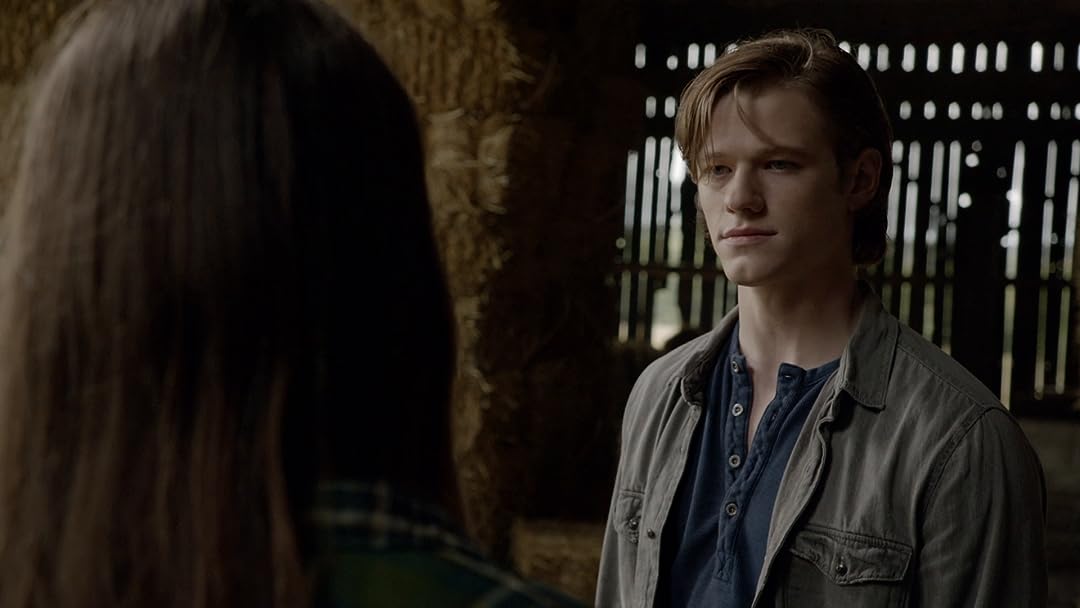 (2,081)
5.21 h 30 min2014X-RayR
A high-school student wakes to find he is changing into something vicious, unpredictable and wild. He goes in search of his true heritage after his parents are viciously murdered.

DeadManWalkingReviewed in the United States on June 12, 2017
3.0 out of 5 stars
An ok werewolf movie, but fun to watch Jason Momoa
Verified purchase
This is okay, if you need a werewolf movie fix. Definitely not scary, but has some cool action and bloody parts. Plus, outside of his role on Game of Thrones, Jason Momoa was born to play a werewolf....maybe he is one....The acting is pretty decent, but the werewolf effects do leave a lot to be desired however. Still an ok movie if your in the mood for something like this. This also features Melanie Scrofano (of Wynona Earp fame) in a small, but funny role. She is playing a drunk(again) and has those wonderful faces she is so good at making, I got a kick out of watching her.
There is some strong language, a decent amount of blood, and one sex scene.
36 people found this helpful

DolonReviewed in the United States on September 26, 2020
3.0 out of 5 stars
Why Oh Why?
Verified purchase
I love this genre. This movie by most standards has an ideal story line with the filming and location great as well. The chosen actors were perfect. However, the only issues I have with these movies are always how the werewolves are imagined/portrayed. I’ll sit there watching and whispering to myself (hands wringing of course) “ please, please don’t let the creature suck”. Some movies have them with too flattened faces, others looking doll-like with shiny noses and others really need a nice pink bow in their hair for that certain je ne sais quoi (Remember Dee Wallace?) I want a fierce creature; Eyes, fangs, four legs, hairy, and a tail, which is optional. The tail part solely relies on the actor so I might desire to see a tail after all. Just saying. Following all the hype of kicking butt, stealing the mate and threats of taking over as alpha, there had better be a great looking beast to back it up! Clothing at this point should be in shreds and not in the next few scenes. To date, the best transmogrification (oh my...ouch, really pulled that one out of my….hat) I’ve seen is in the movie “Blood and Chocolate”. This is realistic and finely done, albeit they do turn into real wolves but you do get to see the change and I am still in awe each and every time I watch it. Anyways, wrapping it up there is a drop in score due to creature design. With all the imaginative minds from initial storyboards to filming of this movie you would think they wouldn’t skimp on the all too important creature.
12 people found this helpful

jjack929Reviewed in the United States on April 13, 2021
5.0 out of 5 stars
Best werewolf movie I've seen since Dog Soldiers.
Verified purchase
As far as werewolf movies I've seen, this is easily in the Top 4, if not the Top 3. It's more modern than classics like The Howling and An American Werewolf in London, yet it doesn't take the usual missteps that modern supernatural movies do. The makeup is a bit "simple" looking as they wanted the characters to be able to talk and emote believably, so despite not having snouts and lots of fangs, it still works really well.

The characters are believable, the worldbuilding is well done, and for once we get a werewolf movie without having to throw in vampires and their silly little councils or any such extraneous nonsense. This is werewolves, werewolves, and nothing but werewolves being werewolves. Good acting, good story, good effects, good movie. Have fun with it.

Color Me KevinReviewed in the United States on April 29, 2021
5.0 out of 5 stars
Great, Except for...
Verified purchase
I did enjoy the film, gotta love werewolves, right?
I liked the cast of main characters and found them to be well-adapted to a good story. So, yes, I thought it was great in that sense.
My exceptions are really only two. Firstly, I thought the secondary characters -- the band of werebrothers, were tragically miscast and cheapened any scene they were in. Simple. Secondly, I could tell right away by the studios and initial information that it was not the highest of budgets to be set before me in awe-inspiring effects and so on but I had a difficult time not rolling my eyes at the "retro", to be kind, special effects makeup. That alone was really the disarming factor and made me feel like I was watching a film from about 20 years ago.
So, the long and short of it is if you don't mind somewhat flimsy werewolf makeup and looks, and let the less-than-fab extras or whatever they are, it is a great story, moves flawlessly, has great little twists, and as a person who worked with makeup, lived in Hollywood, knew many people in the industry and am an artist myself...I still watched it and enjoyed it, never once thinking, "Uh, forget this....".
Great for Halloween, by the way!
3 people found this helpful

Retired Soldier/Sailor.Reviewed in the United States on April 3, 2018
5.0 out of 5 stars
A different twist on the man, and woman,wolves. A few familiar faces and fangs. (Best werewolf movie in years!)
Verified purchase
Wolves acceptable acting. Performers embrace their idea of werewolves.
The action is entertaining-violence. It's a great movie that will satisfy some,
and displease others. The "wolf-man bible" is modified to categorize wolfen-
types as pure-bread and devil's-food biters with canine teeth and freaky eyes.
PROs:
Excellent makeup, practical SF/X monsters; explosions... and stunt-wolfen.
CONs:
The back of the DVD case proclaims "DELETED SCENES * MAKEUP FEATURETTE",
but, there is none of it.
HOWEVER:
There IS an un-advertised PREVIEW TRAILOR.
18 people found this helpful

Graeme SmithReviewed in the United States on March 8, 2022
3.0 out of 5 stars
It's Star Wars, but with lycanthropy instead of the Force . And in Canada.
Verified purchase
Low-budget Canadian production. The make-up is okay. I've seen better at cons, but it does let the actors act through it. Stephen McHattie appears to be turning into John Carradine as he gets older, which is appropriate, since John played an old werewolf in The Howling. Jason Momoa looks like he's having fun. The hero and heroine are both vapid, white, 20-somethings. The fight scenes have a lot of unnecessary slow-mo, because I guess someone thought that was still cool 16 years after The Matrix. Voice-over narration should be a federal crime. The producers probably thought their intended teen audience was too dumb to figure anything out without it being spoon-fed to them. They're probably right. Fortunately, the narration disappears after the first half-hour. There's also a hilariously silly comic book-style flashback sequence, because, again, teen audience, and our hero has flashbacks to things we just saw just minutes earlier, in case we forgot them. Called that Cayden didn't kill his parents long before it was revealed. My main question while watching this was, okay, Connor wants a son, and Cayden is his son, so why is there a conflict between them? Oh right, because the movie needs one.
One person found this helpful

MatthewReviewed in the United States on February 21, 2021
4.0 out of 5 stars
Definitely for tweens and teens
Verified purchase
Not a bad horror movie for people between the ages of say maybe 5 and 15 (19 if low maturity perhaps). Actually, for that target audience, I'd say this movie is PERFECT and I'd give it 5 stars. But for me as a grown man, eh, naturally it's a bit lacking. As a whole, the movie certainly was not bad. A phillips head screw driver isn't a bad tool but it won't turn a straight-head screw. This is not a bad movie but it will not fully entertain a typical adult. However, if your primary objective is to entertain younger people with a movie more suited to them and you're sick to death of watching Marmaduke, this should be your next go-to.
2 people found this helpful

Wandering VargrReviewed in the United States on April 15, 2022
4.0 out of 5 stars
Howlin' Good Time
Verified purchase
I'm not going to say this had any deep, meaningful artistic roots or story. The plot itself is basic and variations have been done more times than anyone can count. I'm approaching this in comparison to other werewolf movies I've seen. Which is a lot of them from the classics, the good, and those which need to be buried in the back yard.

I enjoy it. It's fast paced, bloody and has intelligent fight scenes. For once we see werewolves who use their claws in vulnerable places rather than take a beating and curl up on the ground like they're defenseless.

If you go in expecting An American Werewolf in Paris or Dog Soldiers you'll be disappointed. This is more the story of the werewolf next door who eats the neighbors. It reminded me more of the tone and world built around Wolf Lake than the classic movies above.

If you're a werewolf nut like myself, I say give it a try. There's decent costuming, good acting, action, splatter, and plenty of werewolves.
See all reviews
Back to top
Get to Know Us
Make Money with Us
Amazon Payment Products
Let Us Help You
EnglishChoose a language for shopping. United StatesChoose a country/region for shopping.
© 1996-2022, Amazon.com, Inc. or its affiliates