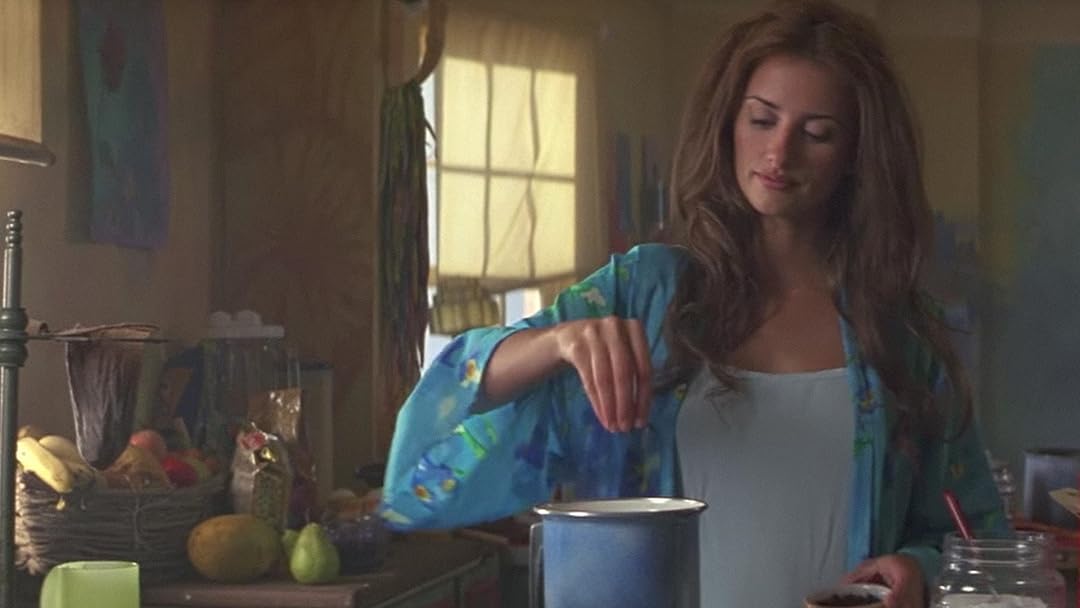 (548)
5.31 h 31 min2000X-RayR
After her husband cheats on her, Brazilian chef Isabella moves San Francisco, where she starts a TV cooking show. Soon after, her unfaithful husband tries to win her back in this sexy comedy. Directed by Fina Torres.

Craig OwensReviewed in the United States on July 19, 2021
1.0 out of 5 stars
Not Food Poisoning. More Like Film Poisoning
Verified purchase
Oh dear, where do I begin? "Woman On Top" aspires to be a romantic comedy that mixes fairytale cliches, Brazilian cooking, Brazilian sensuality, Brazilian music, and Brazilian superstition to make us all fall in love. It fails on all accounts. First off, the acting is horrible throughout. The script doesn't give Penelope Cruz, who is beautiful and talented, the necessary ingredients to play the kind of spicy hot sex goddess that makes all blue-collar American men crowd the television sets in a dive bar or follow her around town. Cruz should have been allowed to channel her inner Sophia Loren or Gina Lollobrigida...not to channel her meek, innocent Audrey Hepburn. Her suitors in the love triangle are two bland Prince Charming types. While both are pretty to look at, they are also pretty dull. One sings although you will likely not remember any of his songs. The other supposedly hiccups in stressful situations, but there is only one scene where he actually does that. Cruz's drag queen best friend gets the best...and worst lines. Now, let's get back to that awful script. It is full of witless banter, corny sentiment, and cringe-worthy lines like "Hold your peppers." Although the special effects, used primarily to punctuate the fairy tale aspect of the film, are cheesy and weird, the effects are also the most watchable part of the film. Overall, this lightheaded dud of a movie will not win males over to the chick flick genre. In fact, I can't imagine females relating to these characters either. So if you still feel as though you need to watch this film, bring a stomach pump. Your significant other will thank you later.
One person found this helpful

JchReviewed in the United States on January 20, 2020
1.0 out of 5 stars
You can cheat AND keep the girl...
Verified purchase
Poor writing and ends with a terrible decision as if everything is normal. Really bad message for women. Not a movie I would want my daughters to watch.
4 people found this helpful

Nola Lee KelseyReviewed in the United States on June 16, 2022
1.0 out of 5 stars
Awful is an understatement.
Verified purchase
Wow, that was bad! Not a comedy and only romantic if you like door mat women. The story was also poorly written and does not deserve a word more complex than just 'stupid'. Bonus: there is some crazy bad acting. I could go on, but I have lost enough of my life to this film.

Lisa MartinReviewed in the United States on August 1, 2022
5.0 out of 5 stars
Great oldie but goodie movie especially if you like Penelope Cruz
Verified purchase
This is a good, feel good movie. A bit of cooking, goid music and romance. I love most movies with Penelope Cruz so this was great. There's a nice girl power aspect too without man bashing. Fun, feel good movie.

Marcia in DCReviewed in the United States on April 6, 2018
4.0 out of 5 stars
Stick with it. It is a romance and love conquers all.
Verified purchase
It was cute, but here again I rented it twice without realizing I had seen it before. Narrator voice-over fit the feather-light plot. Good cinematography. Woman (Cruz) can't stand not being in charge, but her cooking is miraculous. She goes to San Francisco where she is put on a TV show and glamorized. This turns out badly. There is a sub-plot about sacrifices to a sea god, but all comes out well in the end.
One person found this helpful

AviSaintReviewed in the United States on November 23, 2006
2.0 out of 5 stars
Cruz Vehicle - Little Else
Verified purchase
This film is pure formula - predictable and cliche filled - except for the camera loving Penelope Cruz's face it offers little. They put a partial quote from USA Today on the DVD container "Plenty of Steamy Sex". What? For a total of 10 seconds from the three scenes in the film. And where is the comedy? Classified as a romantic comedy, only a few scenes with a taxi driver are fun. The transsexual Monica (Cruz's best friend) is suppose to provide most of comedy (as Cruz has not yet shown that ability in any films that I have seen) but her role is all cliche and seldom funny. Cruz's face is gorgeous as always, but her walk down the street with a hundred guys trailing, all tantilized by her beauty - why? The cannot see her face; her ballerina background is evident with her very slender build and then add an ordinary walk. On a positive side, they did a wonderful job presenting the music of Brazil - the soundtrack CD is worth examining if you love the film's music.

Bottom Line: I watched this film because Penelope Cruz was the starring actress. But I feel I wasted my time, I could have done my laundry.

Erika BorsosReviewed in the United States on August 15, 2007
4.0 out of 5 stars
Hot, Sizzling Chef on "Top" in Every Way
Verified purchase
Penelope Cruz sizzles in her role as Isabella, a charming and seductive chef in a small Brazilian seaside resort called Bahia. She marries Toninho Oliveira (played by Murilo Benecio) who is a initially a waiter and later the owner of the restaurant where she wows the customers with her spicey and delicious original meals. They marry and are ecstatically happy, except there is one issue which complicates their life: Isabella suffers from motion sickness. Unfortunately, her husband Toninho makes one *fatal* mistake due to his frustration based on this issue. When Isabella discovers Toninho's fatal mistake, Isabella chooses to embark on a journey. First, she pays homage to the goddess of the sea in Bahia before leaving on her trip to the USA. She had received many offers of jobs as a chef in the USA and chose to try out her luck in San Francsico ...

There, Isabella looks up her childhood friend, Monica, who lives an alternate lifestyle which provides some comical scenes in the film. Other interesting features are the flashbacks to their childhood when Isabella first developed her cooking skills and discovered her talent. In San Francisco, Isabella loses out on a fantastic opportunity to work in 5 star restaurant but amazingly this loss turns out to be a major advantage. She becomes the favorite chef at a cooking school and is discovered by a young television producer. He is enticed not only by Isabella's beauty but also by her delicious food. He sells the network on creating a cooking program where Isabella is the star ... naturally she is an instant success.

Meanwhile, Toninho is very lonely in Bahia. He is remorseful for his past behavior and makes some offerings to the goddess of the sea with the hope of reuniting with his wife. He flies to San Francisco and discovers that on a hugely popular TV cooking program , his wife is the main hot and spicey dish on display. He pursues her with highly creative efforts but she resists. In one nearly successful attempt to win her back, he provides the back up music for her cooking program. As executives often do, just when everything is going extremely well, they make some inane decision, in this case it is to change Isabella's television persona for the worse. The film is worth viewing to see the extreme and extraordinary results which alter her program - all with the goal of appealing to a broader spectrum of the audience.

This is quite an entertaining adventure where a major dilemma is resolved. One of the reasons the film is so effective is that Cliff, the local TV producer becomes a rival for Isabella's affections, just when Toninho is doing everything in his power to win back his wife for himself. This film is pure fantasy and pure entertainment. It is a pleasure to watch Penelope Cruz who sparkles in her role. Murilo Benicio is also a joy to view but his character is less well developed which is unusual given his popularity in Brazil and his highly skilled acting ability. Mark Feurerstein plays a believable TV producer. Harrold Perrineau, Jr is an amusing cross-dressing drag queen. Overall, the film is quite funny and finishes on a most positive and satisfying note. Erika Borsos [pepper flower]

Leslie M. BurrisReviewed in the United States on June 3, 2019
5.0 out of 5 stars
Prime doesn’t have enough new or goid movies on prime without a charge
Verified purchase
Great movie.. simple system. Wish it was free on prime. You charge for too many movies that should be free.
3 people found this helpful
See all reviews
Back to top
Get to Know Us
Make Money with Us
Amazon Payment Products
Let Us Help You
EnglishChoose a language for shopping. United StatesChoose a country/region for shopping.
© 1996-2022, Amazon.com, Inc. or its affiliates