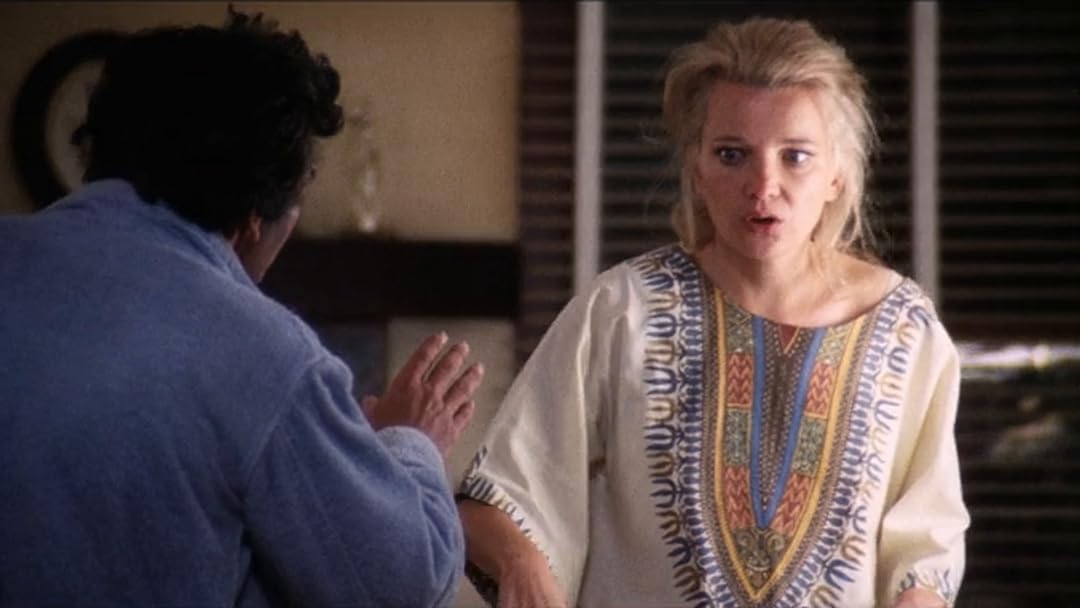 A Woman Under the Influence

(255)
8.22 h 26 min1974R
John Cassavetes' devastating drama details the emotional breakdown of a suburban housewife and her family's struggle to save her from herself. Starring Peter Falk and Gena Rowlands (in two of the most harrowing screen performances of the 1970s) as a married couple deeply in love yet unable to express that love in terms the other can understand, the film is an uncompromising portrait of domestic turmoil. The Criterion Collection is proud to present one of the benchmark films of American independent cinema--a heroic document from a true maverick director.

W. MaughanReviewed in the United States on May 22, 2016
4.0 out of 5 stars
Mabel looks like a scapegoat to me
Verified purchase
To me, this movie is about how families create a scapegoat and keep that person crazy. The main character, Mabel, is married to an abusive husband. Another reviewer says his abusiveness is in response to her madness, but that just doesn't follow. People don't suddenly become abusive. They are raised to think that violence is an acceptable way to solve a problem, and there is a whole big fat set of thought processes that go with that. Mabel looks like a scapegoat to me. She is not allowed to be emotional and express her needs while those around her are also overly emotional and just as sick in the head. Nick gets a "good guy" image off of putting up with her, and he milks it by complaining about her to his co-workers, first saying "don't tell me she's crazy" as if sticking up for her and then turning around and saying, himself, that she is crazy. He really seems to be looking for some kind of praise for putting up with her. His dominating Mother has expectations he has to live up to, and that is a major factor, I think, in Nick's expectations of Mabel, his need for approval, and his methods for going about getting that approval from his mother and others. Mabel goes away for treatment, then comes back calmer and more able to articulate her needs; however, she returns to the same old family system, a system that does not ask about her needs or thoughts or feelings, but rather guesses or imposes what she should think, feel, and needs. This family system gives her conflicting messages about what it wants, double standards about what she can't do while other people do the same things. It all conspires to drive her back into her previous madness. I have my doubts about whether Nick loves her, really. I don't know if he is capable of it. He won't answer the question at the end. His co-dependent need for her to be sick is revealed in a nauseating scene where he tries to coach her back into making the old noises she used to make instead of communicating in a clear way. Mabel's new calmness highlights Nick's own instability and clearly he wants things back the way they used to be. Harrowing and revealing, I recommend this movie to people trying to understand dysfunctional family systems.
29 people found this helpful

MeemeReviewed in the United States on November 8, 2020
2.0 out of 5 stars
Too dull and dreary of a start
Verified purchase
I gave this 2 stars because I didn't watch much of it. It was just so dull, slow and dreary, I didn't want to waste an evening just to end up with a review saying I wished I hadn't watched it.. I was generous by giving it two stars instead of one. So watch at your own risk but after half hour I didn't see it picking up.

UPDATE: Tried for the second time to watch it with no better luck. It's just heavy, heavy, heavy. If I had a life like this I'd end it. Didn't finish it again. Tried 15 minutes longer than the first time and couldn't stand another second more. Into the landfill.

prisrobReviewed in the United States on January 27, 2016
5.0 out of 5 stars
Lives Of Desperation
Verified purchase
'A Woman Under The Influence' may be a misnomer. It seems to me this is an entire family under the influence. The story of a family living in LA, and trying to live a life of quiet and not so quiet desperation. Peter Falk plays Nick Longhetti, he works for the city, and he is on call all the time to help fix the water works and anything else that breaks down. Gena Rowland's plays Mabel, a woman put together on a tight string. They have three children, and after viewing this film you wonder if they will grow up as alcoholics in a disheveled world.

John Cassavettes directed this film, and a superb film it is. The director's mother and Gena Rowland's mother also play the mother-in-laws. But the performance to behold is Gena Rowland. She has become Mabel, the woman trying to find her life in a crazy world. Her husband, Nick is also has problems,abusive at times, unclear in his mind, trying to understand his wife,but unable to see the big picture. No one in the family knows how to deal with Mabel, and they bring in the family doctor, who has no presence.

This is a film of a family on the brink, and the performances are so well done, it is difficult to think through the entire film without reacting to the performances. This film stays with you. Why nit did not win every Academy Award I do not understand.

GarrenReviewed in the United States on October 10, 2020
5.0 out of 5 stars
Excellent FIlmmaking
Verified purchase
I'm a film student and we were assigned to watch this film for class. Insanely raw, realistic feeling, and jarring. Some of the best acting I have ever seen in a film. It's an arthouse drama, so don't watch it if you're not into that. I think the majority of the bad reviews on here are just from people who don't like movies like this, which is fine, but it doesn't mean that it's bad.
3 people found this helpful

Derek HunterReviewed in the United States on March 24, 2013
5.0 out of 5 stars
Work of genius
Verified purchase
The trick with Cassavetes is to enjoy what you see in front of you, moment to moment, and to stop waiting for something to happen. it already is happening. It's not a plot twist or plot device, it's not a message he's trying to communicate to you intellectually ("see these people and how lost they are ... this is my comment on middle-aged married life ..."). With Cassavetes what he is always focused on is the human experience, human relationships, and those humans so happen to be his actors. So while you watch this movie, relax, have a drink or cigarette or whatever vice that you do, then do it, and watch a masterpiece of human emotions. Because if you're not going to enjoy watching humans in all their complexity, if you don't find people interesting, then don't even bother watching this film. Go watch something else and then ask yourself maybe you should change your species ... because if you don't find humans interesting, you might as well be an ant or a flower or a computer.
18 people found this helpful

Hans DelbrookReviewed in the United States on November 24, 2020
4.0 out of 5 stars
Dated classic
Verified purchase
They call this a classic and maybe it is, and Gina Rowlands certainly gives a fascinating and engrossing performance, but it is such a dated commentary on women in society it's more of a historical artifact than a film I think modern audiences will take much interest in.
One person found this helpful

E. CampbellReviewed in the United States on May 17, 2014
5.0 out of 5 stars
Gena Rowlands was incredibly realistic
Verified purchase
This movie came to me on Turner Classic Movies one night as a movie star's favorite film. So I took the road of "A woman under the influence" and was riveted to the screen. I was not in a position to take one bathroom break. Now that I bought the Criterion DVD, I can take that bathroom break when I want. I am also going to force my two sisters to watch it with me. I do not love this movie and there were moments when I felt very uneasy but I could not give it a 4 because Gena Rowlands was 5 star. The moments where I twitched in my seat where the ones that reminded me of my parents yelling and also I laughed on the flip side of weeping when Peter Falk takes the kids to the beach. "Goddamit we are going to have fun!!!!" The quote was not exact but a hundred comedy routines have been written off the mis-guided nurturing of kids by there parents. Like mistaking fun for happiness. This film is not for the weak or those looking for a chick flick. I feel like I really was shown something worth the money, the time and it made me want to talk about it, and go right out and buy it so I could show it to others I know would get something out of it. That is what I call entertainment.
6 people found this helpful

LisaReviewed in the United States on July 9, 2014
5.0 out of 5 stars
BRILLIANT Work. A film that will stay with you for a LONG time.
Verified purchase
I found this movie while reading the Bio on John Cassavetes. Gloria is my all time favorite movie and wanted to see what else he produced. What can I say but, WOW. What an incredible performance by Gina Rowlands and Peter Faulk! I was exhausted at the end of the 2+ hr movie. The intricate weaving of each character and how they connect and communicate is SO true to life. The dialogue was just as gritty and disjointed as the cinematography.
The family dynamics and the gross display of mental illness was extremely spot on. I kept wanting to tell them all to shut the hell up. So much screaming, even when it wasn't necessary. I'm Italian, and could completely relate to the Italian characteristics, and had to think, "Geez, I hope this isn't what my family sounds like!". I think the most poignant part for me was at the end when Mabel asked her father to "stand up for me". This moment everything came together for me. Yes, she had mental illness, however, it was exacerbated by her abusive husband. She had no way out and asking her father for help was her final attempt at trying to be rescued from her husband. When her dad literally stood up, the message to the audience was that he never was really there for her, and realized it at that exact moment. Brilliant. With a failed suicide attempt (slicing her wrist) Mabel realized it was no use and gave into what her life ultimately is. It's too bad Cassavetes is passed on. I would have loved to see what else he had to give the indie film industry.
5 people found this helpful
See all reviews
Back to top
Get to Know Us
Make Money with Us
Amazon Payment Products
Let Us Help You
EnglishChoose a language for shopping. United StatesChoose a country/region for shopping.
© 1996-2021, Amazon.com, Inc. or its affiliates