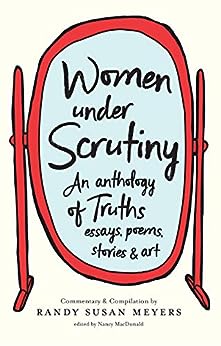 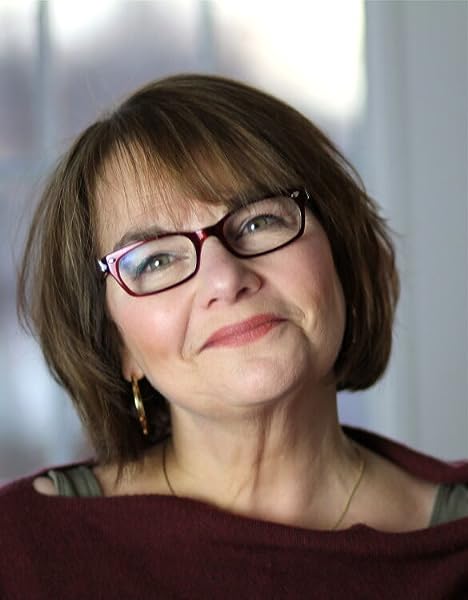 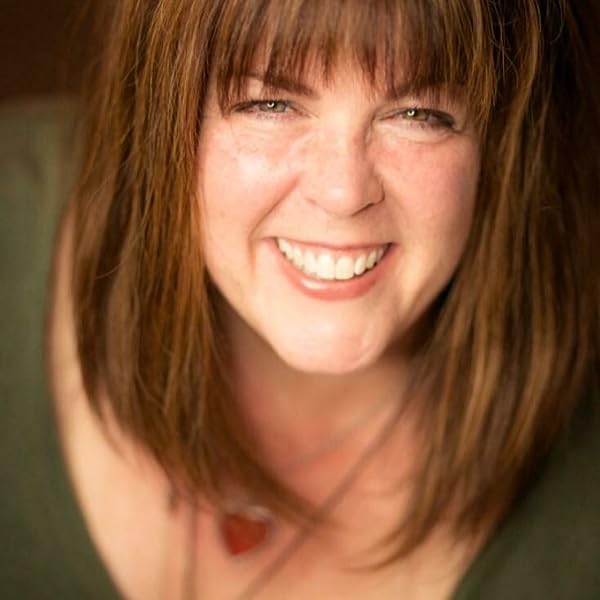 by Randy Susan Meyers (Author), Nancy MacDonald (Editor) Format: Kindle Edition
See all formats and editions
Sorry, there was a problem loading this page. Try again.
"When I was a child, my mother hid everything sweet and delicious in the large soup pot she kept on top of the tallest cabinet in the kitchen. Thus, my sister and I, at the tender ages of perhaps five and eight, learned to be mountain climbers. Only recently did I consider that maybe Mom was hiding the cookies from herself as well as us."

Women Under Scrutiny is an honest, intimate examination of the relationships we have with our bodies, hair, and faces, how we’ve been treated by the world based on our appearance—and how we have treated others. The women who created the serious, humorous, and courageous work in this anthology—women ages seventeen to seventy-six—represent an array of cultures and religions from across the United States. They are an extraordinary group of women who all share one thing: the ability to tell the truth.

Women Under Scrutiny grew out of Randy Susan Meyers’ new novel, Waisted, the story of two women who torture themselves and are brutalized by others around weight issues, who get caught in the war against women, disguised as a war against fat.

“Meyers exquisitely explores body image, family, and marriage in this surprisingly deep novel. . . she dips into major issues of race, culture, obsession, and sisterhood. Taking on the timely topic of how a woman is perceived in today’s society, she twists it into how far women will go to be what society deems right, and at what cost—a marriage, a family obligation, a personal goal?”— Booklist (about Waisted: A Novel)

Randy Susan Meyers is a Brooklyn-Boston mix who believes that happiness requires family, friends, books, and an occasional New York bagel. Two of Meyers’ previous novels were chosen as “Must Read Books” by the Massachusetts Center for the Book, writing, “The clear and distinctive voice of Randy Susan Meyers will have you enraptured and wanting more.” She lives in Boston with her husband and teaches at Grub Street Writer’s Center. All profits from Women Under Scrutiny will be donated to Rosie's Place in Boston.
Read more
Previous page
Next page
Due to its large file size, this book may take longer to download

I was born in Brooklyn, New York, where I quickly moved from playing with dolls to incessantly reading, spending most of my time at the Kensington Branch Library. Early on I developed a penchant for books rooted in social issues, my early favorites being "Karen" and "The Family Nobody Wanted." Shortly I moved onto Jubilee and The Diary of Anne Frank.

My dreams of justice simmered at the fantastically broadminded Camp Mikan, where I went from camper to counselor, culminating in a high point when (with the help of my strongly Brooklyn-accented singing voice), I landed the role of Adelaide in the staff production of "Guys and Dolls."

Soon I was ready to change the world, starting with my protests at Tilden High and City College of New York, until I left to pursue the dream in Berkeley, California, where I supported myself by selling candy, nuts, and ice cream in Bartons of San Francisco. Then, world-weary at too-tender an age, I returned to New York, married, and traded demonstrations for diapers.

While raising two daughters, I tended bar, co-authored a nonfiction book on parenting, ran a summer camp, and (in my all-time favorite job, other than writing) helped resurrect and run a community center.

Once my girls left for college, I threw myself deeper into social service and education by working with batterers and victims of domestic violence. I'm certain my novels are imbued with all the above, as well as my journey from obsessing over bad boys to loving a good man.

Many things can save your life--children who warm your heart, the love of a good man, a circle of wonderful friends, and a great sister. After a tumultuous start in life, I'm lucky enough to now have all these things. I live in Boston with my husband, where I live by the words of Gustave Flaubert: "Be regular and orderly in your life, so that you may be violent and original in your work."

The drama of Randy Susan Meyers' novels is informed by her years spent bartending, her ten years working with violent offenders, and too many years enamored with bad boys.  Two of her three novels (The Murderer’s Daughters and Accidents of Marriage) were finalists for the Mass Book Awards (2010 & 2015) and included as a “Must Read Book” by the Massachusetts Council of the Book. Her next novel, The Widow of Wall Street releases April 11, 2017.

Raised in Brooklyn New York, Randy now in Boston with her husband and is the mother of two grown daughters. She teaches writing seminars at Boston’s Grub Street Writers’ Center.

Randy Susan Meyers' worked with violent offenders and families in crisis for over two decades.. Two of her novels (The Murderer’s Daughters and Accidents of Marriage) were finalists for the Massachusetts Book Awards.

4.9 out of 5 stars
4.9 out of 5
11 global ratings
How are ratings calculated?
To calculate the overall star rating and percentage breakdown by star, we don’t use a simple average. Instead, our system considers things like how recent a review is and if the reviewer bought the item on Amazon. It also analyzes reviews to verify trustworthiness.
Top reviews

Papatia Feauxzar
5.0 out of 5 stars There is power in being vulnerable; it's therapeutic.
Reviewed in the United States on April 25, 2019
Verified Purchase
My heart goes out to the women in this anthology for being so honest and letting themselves be so vulnerable with the reader. That's very difficult to expose oneself like that but it's also being real.
Read more
4 people found this helpful
Helpful
Report abuse

Andy CF
5.0 out of 5 stars Image is more than appearance
Reviewed in the United States on May 10, 2019
Verified Purchase
This is a significant anthology of women writers, storytellers, essayists, and artists. One of the featured writers is a personal friend whose work I admire. The perspective of all contributors is valuable for the reexamination of our places in modern society.
Read more
3 people found this helpful
Helpful
Report abuse

austinquilts
5.0 out of 5 stars Honest and Sometimes Painful to Read
Reviewed in the United States on May 8, 2019
Verified Purchase
Don't miss out on this wonderful collection of essays by women. The heartfelt and sometimes hilarious stories and poems go straight to your core.
Read more
3 people found this helpful
Helpful
Report abuse

M.J. Rose
5.0 out of 5 stars Honest. Amazing. Heartbreaking. Hopeful.
Reviewed in the United States on April 28, 2019
The women who have written for this anthology are all brave and brilliant. The whole compendium to Meyers' upcoming novel Waisted, is not to be missed. Some of these are difficult to read. Some funny. Some tragic. Some hopeful. A book you'll keep coming back to. Insightful and powerful.
Read more
4 people found this helpful
Helpful
Report abuse

Nell Carroll
5.0 out of 5 stars Important stories, well told
Reviewed in the United States on August 10, 2019
I read this cover to cover in two days on vacation. By the time I finished, I felt like I had new best friends. The stories are so personal and honest. I could read 100 more. I hope everyone is planning to share more of their writing in the near future. I am grateful to be included in this anthology and want to send a deep heartfelt thanks to everyone who made this happen. Ladies if you come to Austin, I'll buy your that cup of coffee and maybe even lunch. We are all in this together.
Read more
2 people found this helpful
Helpful
Report abuse
See all reviews