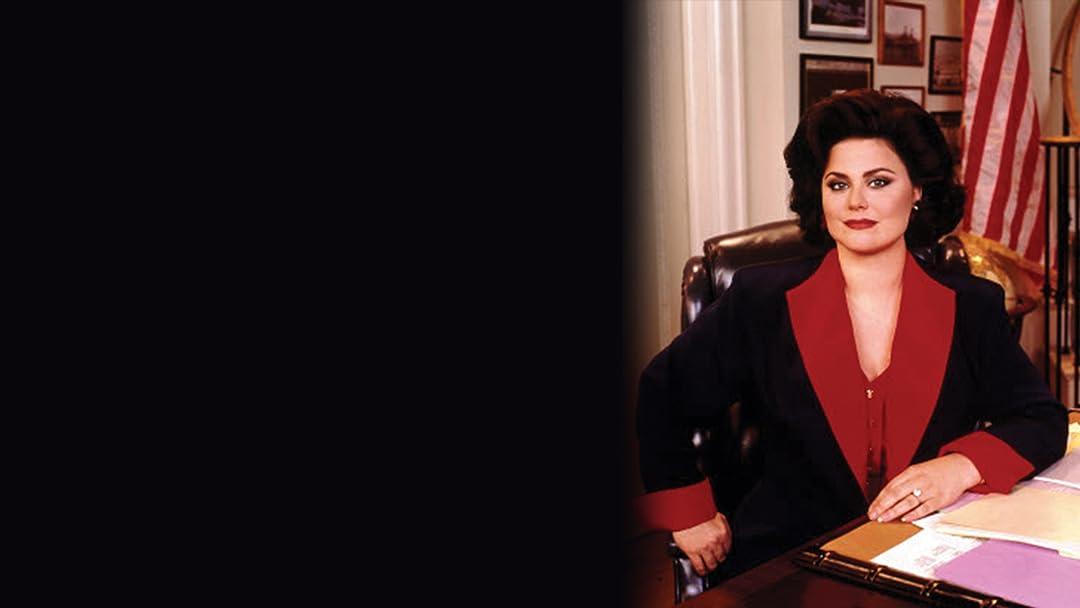 Women of the House

Season 1
(22)
6.5199513+
Suzanne Sugarbaker's latest husband has died, and as his widow, she assumes his political office for the remainder of his term. Washington, D.C. was ill-prepared for the outspoken, "big, dumb, hick beauty queen's" arrival to the United States House of Representatives

JacobReviewed in the United States on June 4, 2018
5.0 out of 5 stars
One of the best shows ever!
Delta Burke is the best. She can play any role and make it interesting. She was one of the most interesting on Designing Women she and Bernice (Alice Ghostley) if it hadn't been for their characters, the show wouldn't have been nearly as entertaining. The main reason I stopped watching Designing Women was due to Suzanne leaving, and then Charlene (Jean Smart). Allison Sugarbaker (Julia Duffy) did a great job, but no-one could replace Suzanne.
I am amazed Women of the House did not stay on the air longer than it did, in my opinion, it would have helped had Julia and Charlene made a few cameo appearances just as Anthony (Meshach Taylor) did. Anthony was one of the best on Designing Women too.
About the person who claimed to stop watching it after Suzanne referred to her brother as retarded was silly. Yes, it was an insensitive word to use relating to her brother, but that was why so many of us loved Delta Burke playing Suzanne because she was so great at playing roles that used politically incorrect words. The show was also filmed in the 1990's.
DId the person who was offended by that word ever stop and think it was Suzanne who brought her brother to Washington with her and wasn't embarrassed by the fact he had mental retardation. Having people in my family who do have mental retardation I was not offended by her using the word. It is what's wrong with this country now so many people wearing their feelings on their sleeves and being hurt by the slightest little ole thing.

KaseyGReviewed in the United States on April 8, 2020
3.0 out of 5 stars
They Should Make "Delta" Available Instead
Back in 2010, it was announced Mill Creek was going to release WOMEN OF THE HOUSE on DVD, but it kept getting delayed and nothing ever came of it. Now, eight years later, Questar puts out the series in a two-disc set that surprisingly includes the original music (a cover version of Bonnie Raitt’s “Something to Talk About” that opens several episodes, as well as the DREAMGIRLS number that was used in the pilot episode). The video quality varies—some episodes look fine while a few are terribly grainy and look similar to bad VHS dubs. The menu features clips from the series and the audio is noticeably louder while it plays.

This series proves you can’t go home again and that Suzanne Sugarbaker is best left remembered from DESIGNING WOMEN. There is almost no chemistry between her and the other ladies of “the house” and the sparkling, witty dialog that was a hallmark of the parent series is totally absent here. Questar should have released DELTA (1992-93) instead of this. THAT was a fun show and Ms. Burke had great chemistry and solid support from the likes of Earl Holliman, Beth Grant, Bill Engvall and Gigi Rice.

The early episodes are strident, unfunny and TOO political and try too hard to be quirky. Anyone who thought the political references on MURPHY BROWN were too much is surely going to HATE this show. The characters are shrill and unlikeable and only begin to grow on you during the last few episodes. A stellar cast is let down by sub-par scripts. It’s almost painful watching Teri Garr reduced to hacking up fake nicotine coughing spells.

Valerie Mahaffey is grating here. Too bad too, since she played neurotic and insecure so brilliantly on THE POWERS THAT BE (now THERE’s a show that should be on DVD), a terrific, witty political satire that did everything right (but still got cancelled too soon). I’d love to know what went on behind-the-scenes since she disappears after 5 episodes, replaced by Julie Hagerty for one episode before the character disappears. Her replacement is the even more annoying Gen X intern Veda (Lisa Reiffel), whose name is constantly mangled by Suzanne in a running gag (a la Endora and “Derwood” in BEWITCHED). The retarded brother (Suzanne’s word—not mine) and adopted daughter are thankfully dropped after a couple of episodes as they added nothing to the show.

Ironically, the best episodes of the entire dozen are the last few, most of which move away from the political setting and allow the characters some humanity. Meshach Taylor makes a surprise guest appearance as Anthony from DESIGNING WOMEN, to help Suzanne out of a jam. The same episode features a real ‘90s jolt when Susan Powter (yes, the STOP THE INSANITY woman) shows up as a political rival out to expose Suzanne for misconduct. In another late installment , the ladies trek to Alaska and pair up with a trio of rugged lumberjacks in an episode that is kind of reminiscent of DESIGNING WOMEN’S famous Season Two entry “Reservations for Eight”.

So, CBS cancels the fabulous THE 5 MRS. BUCHANANS (which starred DESIGINING WOMEN alumna Judith Ivey) to make room for this—probably to meet an obligation to Harry Thomason and Linda Bloodworth-Thomason and ends up with another Washington-set misfire on their hands—not unlike HEARTS AFIRE—another show that boasted a brilliant cast but struggled with an unfunny premise. DESIGNING WOMEN completists will want it, but others will be sorely disappointed.

HermanatorReviewed in the United States on February 15, 2020
5.0 out of 5 stars
Delta is the best!!
LOVED this show and we all know why it got cancelled, and it wasn't because it was bad. So sad because it was really a good show. I know many people are too young to have actually seen it when it aired and ran, but it was great then and great now. They don't make shows like this or Designing Women or Golden Girls anymore sadly. And Delta Burke is one of the most gorgeous women ever!!! She's funny, she's witty and she's beautiful.
2 people found this helpful

jameela abdulghaniReviewed in the United States on November 10, 2018
5.0 out of 5 stars
Episode 9
Man! Actresses who participate in the me too movement need to see this. People are still having the same exact argument and yet women are not really taking responsibility for their part in it.
3 people found this helpful

MazdaManReviewed in the United States on April 3, 2018
4.0 out of 5 stars
Good show to watch. Watch the first 2 episodes to really get into it.
Overall, I liked the show and found it entertaining. I never knew this spin-off of Designing Women existed. I think the show had great acting. It took a couple of episodes for me to get into it. I think it's worth a watch. I found episode 11 to be the funniest episode for the chemistry between Suzanne and Anthony from their banter on Designing Women.
5 people found this helpful

Amazon CustomerReviewed in the United States on July 10, 2018
5.0 out of 5 stars
Hail to the Delta!!
This is such a great show!! Susan Sugerbaker is one of the best characters that every existed!!
5 people found this helpful

Marieosmondfan75Reviewed in the United States on October 14, 2019
5.0 out of 5 stars
Sad it was so short lived.
This was a extremely entertaining and Delta Burke is a genius. It's a shame it didn't last longer.
4 people found this helpful

JenniphaReviewed in the United States on July 2, 2018
5.0 out of 5 stars
Five Stars
Hilarious
3 people found this helpful
See all reviews
Back to top
Get to Know Us
Make Money with Us
Amazon Payment Products
Let Us Help You
EnglishChoose a language for shopping. United StatesChoose a country/region for shopping.
© 1996-2022, Amazon.com, Inc. or its affiliates