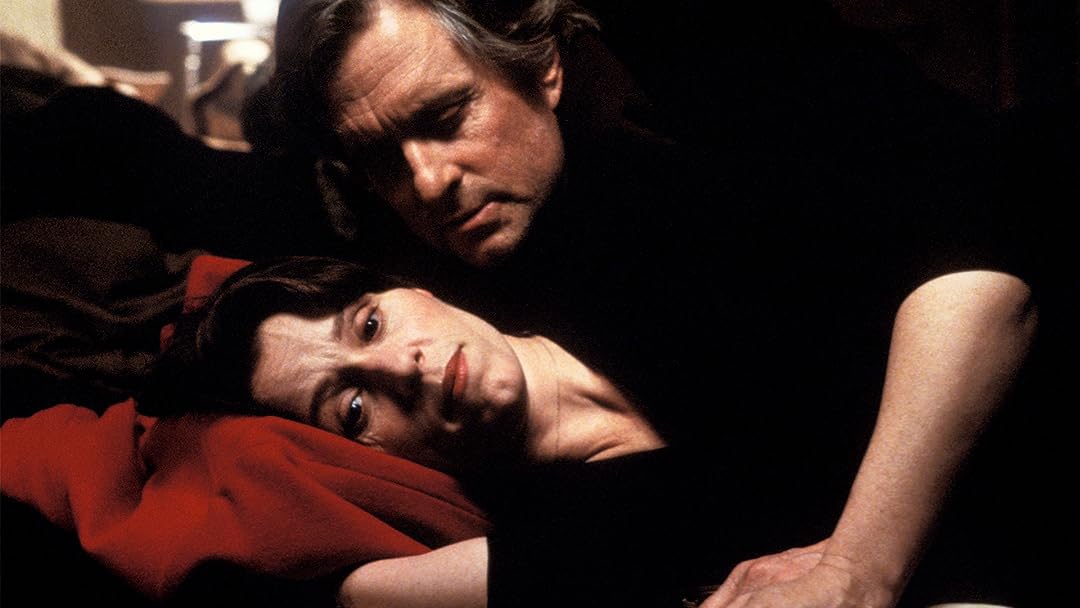 (958)
7.21 h 51 min2000R
An addled college lit professor and novelist is forced to re-evaluate his personal life and career during a particularly taxing weekend.

Sharon DReviewed in the United States on November 29, 2022
5.0 out of 5 stars
Timely
Verified purchase
Replacement dvd.

Amazon CustomerReviewed in the United States on October 31, 2022
5.0 out of 5 stars
Based on the Michael Chabon Novel
Verified purchase
That ought to be enough to make it watch worthy. However, to make things even better, an excellent cast and screen adaptation.
One person found this helpful

scott g.Reviewed in the United States on July 8, 2022
5.0 out of 5 stars
Do it - When collision courses collide...some how Friday and Saturday will lead to Sunday.
Verified purchase
Do it - Great cast.
Multiple interwoven subplots.
Michael Douglas' best work.
Great sound track.
-
Tired of every east coast setting taking place in New York, how about (3) rainy winter days in Pittsburg?

A thinking person's comedy, with subtle performances, plot twists, a dog with a grudge, a bath robe with a history, a novel with no conclusion, a transvestite abandoned, a publisher on his last page, a suicidal student on his last bullet and a college professor lost in limbo, about to watch his job, career and lover drift away.

How could this end well...things have changed.

A lot can happen over a weekend...

Anthony HindeReviewed in the United States on February 16, 2003
5.0 out of 5 stars
Prof. Tripp is over 50 and just coming of age.
Verified purchase
Many creative people strive for perfection, especially in their first true work. Amongst other things, "Wonderboys" explores what might happen if perfection was actually achieved. Professor Grady Tripp, (Michael Douglas), is a lecturer in Creative Writing whose first novel was a critical success. That was seven years ago and he is still working on his follow-up work. Many of his students admire him, he smokes a lot of dope, is having an affair with his boss's wife and occasionally becomes unconscious for no apparent reason. He is a man without ambition, coasting through life. Mildly jealous of those who still show a passion for life, he becomes entangled in the world of one of his students, James Leer (Toby Maguire), who manages to show even less passion for existence than the professor.
James is recognised by his peers as being both weird, in an introverted semi-postal way, and yet more talented than the rest of them put together. Their half-hearted attempts to pull him down to their level are ignored, leaving James mired in his own depressing view of reality. It's even possible that he has chosen Professor Tripp as his mentor; somehow hoping that someone, almost as disconnected from reality as himself and yet capable of publishing a seminal work, might be able to show James a way through the maze. In a way, this is exactly what happens, but not in any sort of linear fashion. While the film largely follows the professor's point of view, James is often the one our sympathies are drawn to. He lies constantly, in such a creative and self-consistent way, that no one truly knows what is going on in his life. It's as if he is testing plot lines on an unsuspecting audience in an effort to hone his story-telling skills.
Despite concentrating on these two characters, the film is an ensemble piece, chock full of minor but lovingly crafted people that, for the most part, we'd love to get to know better. Tripp's Editor, Terry Crabtree, (Robert Downey Jr.), is an unsuccessful man who has little confidence but an irrepressible energy; seemingly determined to dance until someone shuts off the stage lights. Tripp's student boarder, Hannah Green, (Katie Holmes), is one of the saner characters in the film. She feels a natural admiration for her teacher; a feeling which she tries to promote into a more adult relationship following the off-screen departure of his young wife. How any flesh and blood man could reject Hannah's scantily clad advances is beyond my understanding, nevertheless that's exactly what Grady does.
The dean of the college, Sara Gaskell, (Francis McDormand), who is also Professor Tripp's girl friend, is married to the Dean of English, Walter Gaskell, (Richard Thomas), a clueless boor who obsesses over Marilyn Munroe and Joe DiMaggio. Sara truly loves Tripp and yet sees him for the rudderless ship he is. She is very centered, confident and assertive; firmly placing the emotional ball in Tripp's court. He must decide what he wants or loose the only thing he still seems to enjoy in his post novel depression. As you might imagine, when all of these interesting people are thrown into the mix; along with a murdered dog, stolen memorabilia, an enormous novel that can't find an ending and a determined ex-jockey car thief possibly named Vernon; nobody can predict the result. The only certainty is that it will make for an interesting ride. As Director Chris Hanson says, "All the characters are disparate and yet similar in certain ways. They're all mucking around trying to figure out their lives, just like we are - only they're more amusing along the way."
9 people found this helpful

This is the story of a college professor of English who for seven years has struggled to finish writing his second novel. The first was an unexpected success. During the last seven years, the professor has married and divorced more than once, and his current wife has just left him that morning. He is not devastated, however, because he has been having an affair with the married Chancellor of the university. Her husband is head of the English department. The Chancellor's husband has a blind dog named (of course) "Poe." Unlike his owner, Poe has sensed from "day one" that the professor is having an affair with the Chancellor. Championing his owner, Poe growls menacingly whenever the professor is present. Until, of course, he is shot and killed by one of the professor's students who acted to save the professor from attack.

I loved this movie. I laughed out loud at multiple spots in the movie. Great actors who seemed to be having fun playing their roles. A fun watch for an evening in.
4 people found this helpful

joel wingReviewed in the United States on November 11, 2022
2.0 out of 5 stars
This was a flop at the box office and now I know why
Verified purchase
This movie was a flop at the box office and watching it now I understand why. It’s a rambling story following Michael Douglas as a professor and writer. It goes through his affair, his students, his friends, and his book that he’s trying to write. There appears to be little rhyme or reason behind it as it just skips from subject to subject. There were elements that I liked. Tobey Maguire as a confused and eccentric genius student and Robert Downey Jr as Douglas’ flamboyant literary agent. I just wish there was more of a plot to hang them on.

D. MovahedpourReviewed in the United States on November 17, 2002
4.0 out of 5 stars
One of the most under-rated films of all time
Verified purchase
This film did not do great box office business, and it did receive a few reluctant Oscar nods, which is a waste, since it is certainly one of the best films I have seen on the creative process, fate, and life's more complicated decisions.
Michael Douglas gives one of his best performances in years as Grady Tripp, an English professor and published novelist, who has been writing his follow-up for seven years. In the meantime, his latest trophy wife has left him, and he has been having an affair for years with Sara Gaskell, very well-played by Frances McDormand, who happens to be married to the English Department's Dean.
Enter James Leer, a very witty name for the character very well played by Tobey Maguire. James does, indeed, leer from the background. He is Grady's best student, a brilliant writer who seems to craft his work with amazing ease. He is also a compulsive liar, and he drags Grady into a crazy set of circumstances and, eventually, revelations.
Robert Downey, Jr. does a great comedy turn as Grady's editor, Terry Crabtree, who arrives awaiting the novel that Grady simply cannot stop writing. The book has stretched to thousands of pages, and Grady cannot find a conclusion to his novel or to his life.
The direction by Curtis Hanson is understated and superb, and the screenplay, by Steven Kloves adapted from the novel by Michael Chabon, is witty and fast-moving. There are so many good things about this film, and it is a must-see for any frustrated writer. The performances, including a small but memorable part by Rip Torn, are incredibly good, and the chemistry between Douglas and his co-stars McDormand, Maguire and Downey is superb.
I cannot recommend this film enough. There are so many nuances that need to be viewed again and again. It is truly one of the best and most under-rated films out there.
10 people found this helpful

Eric WarrenReviewed in the United States on September 28, 2016
4.0 out of 5 stars
Pittsburgh Confidential
Verified purchase
It seems like every film that the late (sniff) Curtis Hanson made "wasn't a perfect fit" except his masterpiece, L.A. Confidential. I have been doing a mini Hanson retrospective since he sadly passed away last week. First, LAC on Blu Ray (great); second, The Hand That Rocks the Cradle (really good, but seems like it was a job for him, more than anything). Wonder Boys bears a closer affinity with Confidential. Although the screenplay was written by the very able Steve Kloves (of Harry Potter adaptation fame) it is the original source material novel by Michael Chabon which drives this goofy/serious dramedy. And that story is centered around a flailing novelist, played to natty perfection by Michael Douglas working in an English Department - teaching, to pay the bills while he labors over his second novel. His first was a hit. Sound like a bit of a Trope? It is, but with muted photography and marvelous performances all around, Wonder Boys I think exceeds its story a bit. I can't figure out whether Tobey Maquire's turn as a savant creative writing student who may just be the next Tripp (yes, that is the main character's name) is brilliant, or a mess. It is always interesting to look at. Again, the main event is Douglas, and he does not disappoint. As it did with critics, this will divide viewers: some will like or love it (as I did) and others will say "WTF." That's OK. R.I.P. Curtis Hanson.
2 people found this helpful
See all reviews
Back to top
Get to Know Us
Make Money with Us
Amazon Payment Products
Let Us Help You
EnglishChoose a language for shopping. United StatesChoose a country/region for shopping.
© 1996-2022, Amazon.com, Inc. or its affiliates