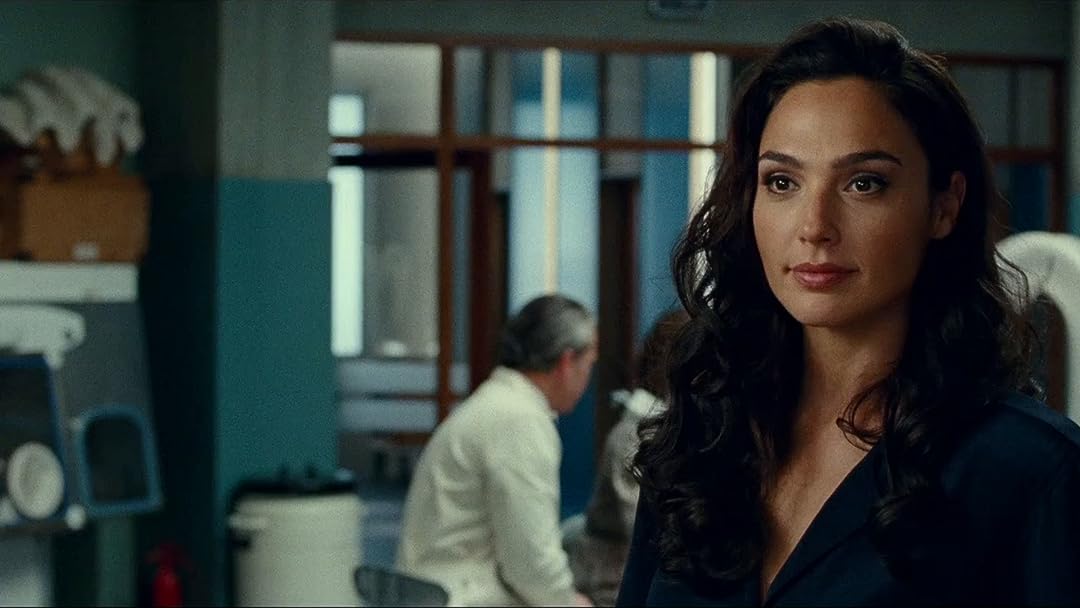 aReviewed in the United States on February 18, 2021
1.0 out of 5 stars
No affinity for heroine, no chemistry, dumbed down story and characters
Verified purchase
I'm sorry - had hopes for this, but right away had no respect for the child WW who cheated, then the adult WW was mean, cold, wooden, and condescending to the blond woman trying to be her friend. Wears sexy high heels but tells men to go to hell, alienates coworkers...what kind of role model is this. The evil TV guy isn't a good actor - not very believable, can't see why the blond woman was interested in him. Also, she acts too dumb in an unconvincing way. A Ph.D in archeology and all her specialties just wouldn't act that silly. Depiction of the '80's isnt accurate at all - clothes are not really right. Women would not wear off the shoulder tight blouse and tight leggings to work at the Smithsonian in the '80s. They shouldn't wear that to work now either. Professional women in DC wore nice suits then. (I was one of them.) The outfits in the movie are just frumpy but they didn't show the nice style of the '80's including hairdos - this is just modern styles sort of tweaked to look from a distant decade, not designed by anyone who worked in the '80s.
The '80's music wasn't right either. I guess for young people it doesnt matter - they won't know the difference but to me it was bizarre. I didn't really see any chemistry between WW and Pine. Story was fragmented or something - and it didn't make sense if you didnt see the prequel. Not sure it was a great storyline even if you did see it. I gave up after about an hour of this. This heroine doesn't compare to the original WW who was beaming with smiles and light and goodness.
124 people found this helpful

JM_B GreytReviewed in the United States on February 15, 2021
1.0 out of 5 stars
Just save your money wait for it to be free!! Trust me you'll thank me!
Verified purchase
Horrible! Just so bad! Gave it a star because at the very end, right after the credits a very small cameo appearance,The real Wonder Woman, Lynda Carter!!! That's the best part of the movie!
98 people found this helpful

Wonder Woman 1984, which surprise, surprise takes place in '84, has Diana Prince/Wonder Woman (played by Gal Gadot), finds herself miraculously reunited with the love of her life Steve Trevor (Chris Pine). But, what caused this and other people's wishes to be granted? The answer will propel WW on a mission to save the world. I had a fun time with this.

The reception online has been VERY bipolar. I can understand those who had issues. The outfit WW wears in this is really shoehorned in, the villain The Cheetah (played by SNL's/Bridesmaids' Kristen Wiig) is given a great beginning and build up but a lousy conclusion and final battle (see more on that later), the manner with which Steve comes back is "problematic" and raises icky questions, there are, perhaps, one too many wishes which stretch out this two hour, thirty-one minute film, and the lighter-hearted and, at times, goofier tone does not match with that of the previous film.

That all having been said, I came in expecting to be entertained and this delivered. I know I'm not the first person online to make this comparison, but it feels a lot like the original Superman quadrilogy/Supergirl movie. Wonder Woman 1984 is lighthearted, even more so than some Marvel movies. It's trying to just be a pleasurable viewing experience without a focus on a kill count and emphasis on the hero actually saving people.

The wishes gone wrong idea isn't new (mostly relegated to horror), but you've got to admit that they haven't done it in the superhero format. Though the movie does lean a little too heavy on the concept, I do admire the various ways the film takes advantage of the wishes and how out of control some of them get. Antagonist Maxwell Lord (The Mandalorian's Pedro Pascal) actually does some really smart things with them that you haven't seen before.

A strength of this is the four main characters. Gal Gadot once again does a great job as Diana and continues to cement the character as the more passionate superhero. Pine again works well off her. However, I missed the more serious earnestness he had in the last film. Here, he's fed more jokes.

Cheetah's backstory of a scientist who's disrespected and put upon by society has been done several times already and feels pretty obvious. However, her descent into evil is executed really well and Wiig does a very good job. But, like I said, there wasn't enough payoff. Her full supervillain form didn't jive with me design-wise. The computer graphics weren't the best and the final battle has her move so quickly that you barely get to make her out. Pascal is fun as the main villain Lord. His trajectory is the opposite of Cheetah's. He starts off small but gets more interesting as the story progresses. He's also a change of pace as he's more of an amoral business-guy type who's just trying to grab what he can get unlike someone actively evil. (Admittedly fans of that "big" dark Wonder Woman storyline with ML might be disappointed with how light they went with him here.)

The movie looks nice; it's definitely the most colorful and brightly shot of the DCEU films. The music is excellent.

Overall, the first Wonder Woman movie is definitely the superior film. However, I personally don't think WW84 is a fail. It provides a different viewing experience than other superhero films and is a good time-filler.

Janene M.Reviewed in the United States on February 14, 2021
1.0 out of 5 stars
Do not waste your money.
Verified purchase
I like both of the actors in this movie, however this movie is horrible. I could not finish watching it, and there is not many movies that I have done that with.
83 people found this helpful

KyleReviewed in the United States on February 14, 2021
1.0 out of 5 stars
DC still can’t make a decent movie
Verified purchase
Slow and very underwhelming. Watched till the end hoping things would turn around, they never did.
70 people found this helpful

BorisReviewed in the United States on February 13, 2021
1.0 out of 5 stars
Crap
Verified purchase
It's crap.
63 people found this helpful

R. BenReviewed in the United States on February 13, 2021
1.0 out of 5 stars
Wait tell it free to watch..
Verified purchase
Huge let down.
61 people found this helpful