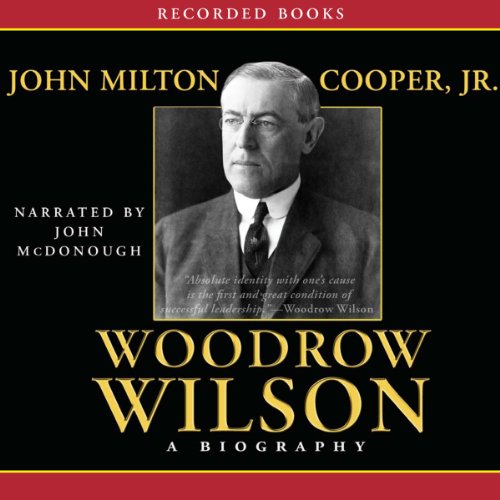 List Price: $48.99
You Save: $7.00 (14%)
By completing your purchase, you agree to Audible’s Conditions Of Use
Sold and delivered by Audible, an Amazon company
Share

4.3 out of 5 stars
4.3 out of 5
156 global ratings
How are ratings calculated?
To calculate the overall star rating and percentage breakdown by star, we don’t use a simple average. Instead, our system considers things like how recent a review is and if the reviewer bought the item on Amazon. It also analyzes reviews to verify trustworthiness.
Top reviews

Michael Green
3.0 out of 5 stars Too Many Intrusions or Speculations By The Author
Reviewed in the United States on August 30, 2019
Verified Purchase
This is unquestionably a great book wherein the author juggles an enormous mass of data and history into a readable whole. Its being a Pulitzer finalist helped draw me to the title, but after reading it, I hope I can see why it was passed over. For all its merits as a history, the structure has a lot of warp and rot. A handful of years ago when Obama discussed the repeal of Don't Ask, Don't Tell on the White House lawn, he told reporters that he had to work through Congress. Someone from the pool told him to “work faster.” From the reading it is easy to see that Cooper the author is a liberal professor in a Midwestern state, obviously a modern Progressive protective of his Progressive hero, Wilson, but “work faster” always seems to sit in the background. Like Obama, Cooper dutifully rolls his eyes at everything the Republicans do. The writing of history means reporting the facts and reconstructing the atmosphere in which decisions are made, perhaps even to hint at motives or character. Cooper often writes that something is not clear or is unknown, but he often goes on to speculate freely, even on some occasions to pen a full-page essay on a Progressive or liberal issue. He looks over events or actions as a Monday morning quarterback – “Wilson should have fired him on the spot” – “Wilson should have known better.” After WWI during negotiations about the peace treaty, Cooper encapsulates the French national character under two headings: grandeur and revenge. Cooper had just written of Wilson's traveling through war-ravaged Belgium, but he seems to have ignored the fact of war-ravaged France, of villages of gaunt children and old persons, of towns destitute of young men, etc, but the sole fact he cites to support his charge of “revenge” is that the French had the Germans sign the treaty on the same table and in the same room and in the same palace as the Germans had made the French sign in 1871. Had one of Wilson's antagonists used such sweeping labels to describe Jews or blacks, even if Wilson had used them himself, Cooper would have pounced on their anti-Semitism or racism, but who can explain to Prof. Cooper that he trespassed the line himself? Sometimes he exposes Wilson's racism or chauvinism, and sometimes he shades it. After Wilson's stroke, Cooper resumes the writing of history, saying that Wilson's secretary, doctor and wife kept his real condition under wraps, but that this essentially left the presidency unfilled, leading many to point out the fact that without a functioning chief executive, the government was incomplete. Wilson's wife Edith controlled who saw her husband, in effect making her the working president, but to this – a situation unprecedented in American history – Cooper basically asks, “Why not?” Who better qualified to know her husband's thoughts and wishes? This is almost as bad as saying that any unelected First Lady’s signature on a bill is sufficient to make it law, no different than the president’s. Halfway through the book when Cooper defended Wilson once too often, the author's hand was clearly shown – Wilson the Great One had achieved many things, but too many would-haves, could-haves and should-haves litter the work, a work bent not only in telling of Wilson's work and life, but also to redress all of history's wrongs to the president. This book, unquestionably a valuable resource, began as a faithful volume written along the lines of classical history, but then the toxins seeped in, as Cooper looked to remount his Rocinante to tilt at the next objector.
Read more
14 people found this helpful
Helpful
Report abuse

nick masterson
4.0 out of 5 stars A good overview of Wilson but lacking.
Reviewed in the United States on October 11, 2020
Verified Purchase
Woodrow Wilson by john Milton Cooper, Jr was a good overview of the life of that president and an in-depth look into the politics of the day. It lacked however in that it hardly touched upon the sedition act.there are so many stories about that and not touched upon.I bought the book mainly to learn about that ,it disappointed .it did however give a good glimpse of what led to the us involvement in ww1 and the feelings people of that time had of it.a fair glimpse into those dire times.
Read more
One person found this helpful
Helpful
Report abuse

Sherry Landrum
5.0 out of 5 stars Well done in depth biography
Reviewed in the United States on July 12, 2013
Verified Purchase
John Milton Cooper's book is a tour de force biography of Woodrow Wilson. He leads us through Wilson's complicated life and presidency. Flawed in many ways, Wilson still Led us into WWI when there seemed to be no other choice, helped broker the peace at Versailles, and fought valiantly for the League of Nations. We have high expectations for our presidents. We often expect perfection and are angry and disappointed when they don't measure up. But they are people who can only do the best they can. Because of a stroke and the attending consequences, Wilson's presidency came unraveled a bit at the end. Still the government he had put in place kept it together until the next president was inaugurated. Cooper gives us a very thorough presentation. I felt as though I had lived with Wilson through everything. This book has the depth of a textbook and the readability of a novel.
Read more
13 people found this helpful
Helpful
Report abuse

J. Hanson
5.0 out of 5 stars Excellent biography, one of the best I have read
Reviewed in the United States on April 29, 2014
Verified Purchase
Mr. Cooper's excellent writing and research keeps us learning about a man who went from Princeton president, to NJ governor, to US president in 4 years. Cooper thoroughly pulls together the intensity of the man, his thoughtfulness and extemporaneous oratory abilities, and the interactions with his two wives, his gubernatorial and presidential teams, and the political opposition and public. The book deals with far more than the failure of the League of Nations in the US, what we know about Wilson. It shows the less well-known stories of how Wilson became president , how he pushed through the legislation that was need to make the reform era a fact, and the difficulties he faced in trying to keep the US our of WWI and then, once it became necessary, how he developed a clear picture of how to prevent a new war (which he predicted correctly if the peace was not a good one). All in all, an excellent biography.
Read more
10 people found this helpful
Helpful
Report abuse

Steven PetersonTop Contributor: Baseball
VINE VOICE
4.0 out of 5 stars Fine biography of Woodrow Wilson
Reviewed in the United States on March 3, 2011
Verified Purchase
A very nice biography of Woodrow Wilson. He began his adult career as an academic, became President of Princeton University, was elected governor of New Jersey, and--finally--he was elected President of the United States. He was not just an ordinary academic either, but the author of journal articles and books that were--for the time--well reputed. A political scientist who became elected to political office. . . .

The book follows him through his life course. It portrays his strengths and his weaknesses. He had an analytical mind, thought things through, and could be definitive in his decision-making. On the other hand, he could be very stubborn, sometimes creating problems when he served as President of Princeton, Governor of New Jersey, and President of the United States. He held views on race that were problematic.

Politically, he began as rather conservative, but won elections as a progressive Democrat. His background in the south helped shape some of his views, although he was hardly an unreconstructed Confederate.

The book also displays his personal life--his happy first marriage, the death of his wife, and his second marriage. . . .

The sad last years of his life are well depicted. It seems clear, from the author's research, that Wilson had had earlier medical problems that presaged the massive illness occurring late in his presidency.

In short, this is a fine biography of Woodrow Wilson.
Read more
8 people found this helpful
Helpful
Report abuse
See all reviews

S. De Freitas
4.0 out of 5 stars Woodrow Wilson: A Biography, covers the life of one of the most influential politicians of the 20th century.
Reviewed in the United Kingdom on January 2, 2015
Verified Purchase
This is a great book for anyone who is looking for a thorough synopsis of the life and career of the twenty-eight president of the United States, Woodrow Wilson and American politics of this period.

The book describes Woodrow Wilson’s early days as a child possibly delayed by dyslexia and he’s subsequent academic career that climaxed when he became President of Princeton University and continues to describe in great detail Woodrow’s start in the world of politics and his ascension to Governor of New Jersey and subsequently to President of the United States as a progressive democrat. This book also covers in great detail the role Woodrow Wilson played during WWI in particular his fight to shape and promote the League of Nations.

This is the 8th book written by John M. Cooper covering this period of American and World history and the 4th focusing on Woodrow Wilson. The book is adequately detailed and provides a good starting point for further learning about this period.

I am happy to recommend this book to anyone who, like me, has limited knowledge about this period and the life of one of the most influential politicians of the 20th century.
Read more
2 people found this helpful
Report abuse

P Leyshon
5.0 out of 5 stars Five Stars
Reviewed in the United Kingdom on May 29, 2015
Verified Purchase
Quite simply excellent. Extraordinarily informative, clear and majestic in its appreciation and analysis of Wilson?
Read more
Report abuse

P. J. Morgan
5.0 out of 5 stars An excellent read
Reviewed in the United Kingdom on March 24, 2014
Verified Purchase
Covering an important time in the history not just of the U.S. but of the world, this is abook not to be missed.
Read more
Report abuse

Trollope
5.0 out of 5 stars OUTSTANDING
Reviewed in the United Kingdom on March 9, 2017
Verified Purchase
Fluent , objective, well researched and always interesting.
Read more
Report abuse
See all reviews
Back to top
Get to Know Us
Make Money with Us
Amazon Payment Products
Let Us Help You
EnglishChoose a language for shopping. United StatesChoose a country/region for shopping.
© 1996-2021, Amazon.com, Inc. or its affiliates