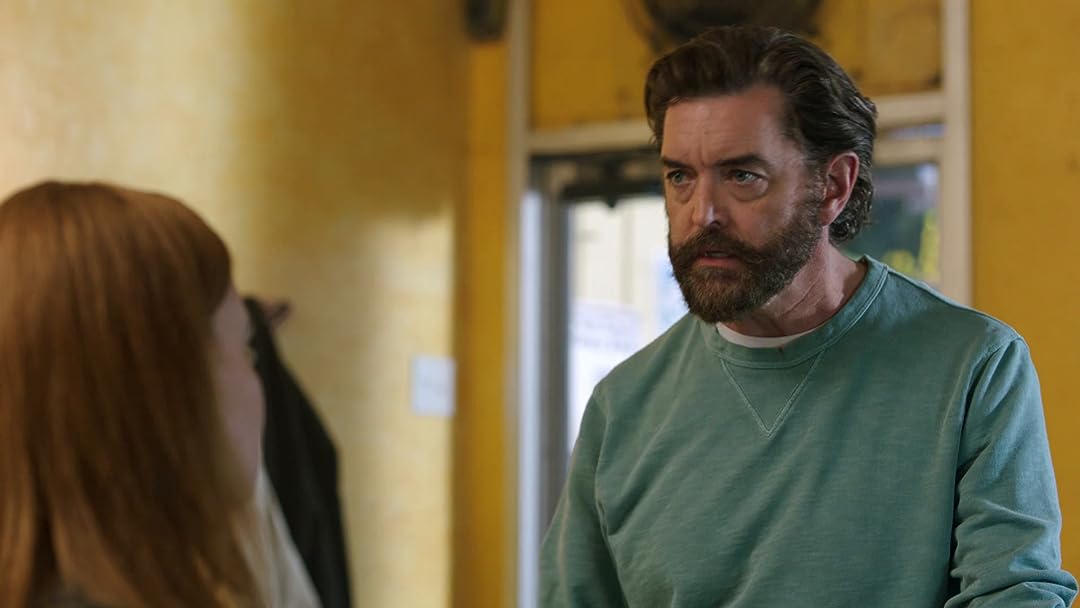 (1,977)
4.11 h 31 min2019X-RayPG
Woody Woodpecker is back with his signature laugh and wacky antics in this first ever live-action/animated film, where he'll stop at nothing to protect his forest home.

Kid at HeartReviewed in the United States on February 11, 2018
5.0 out of 5 stars
Good clean fun
Verified purchase
My 6 and 9 year olds love this movie. As I type this we are watching it for the third time since it arrived a few days ago.

This is not Citizen Kane, obviously, but for what it is, it works really well. The story is simple and mostly predictable. The characters aren’t particularly deep. But this is based off a cartoon. I wouldn’t expect anything more than we are given.

Entering it with that frame of mind, it’s fun, moves along easily, and has a number of scenes that had my kids laugh out loud. There’s no profanity or suggestive scenes, so it’s silly and family friendly.

It’s a shame that Universal has largely turned their back on America’s favorite woodpecker. I would love to have seen this put out in theaters and actually given some support.

Still though, with a limited budget and seemingly minimal support, they were still able to crank out a nice, simple, easy movie with a long beloved cartoon hero.

I have a feeling we will watch this again (and again...), and I’m good with that.

My son says his favorite part was when Woody Woodpecker was playing the drums in the band to help his new friends out. (My son plays the drums in his 6th grade band.) 😊

Update: My son has watched this movie again with the neighbor kids while on winter break from school. They all loved it as well! Ages 8-13

Update: We went on a school trip to Kalahari with the 6-8 grade bands. We brought this movie to play on the bus ride back home and it was a hit! I don’t know what the age range was (I assume 11-14) but those kids LOVED this movie also!
8 people found this helpful

BarlesterReviewed in the United States on May 9, 2021
5.0 out of 5 stars
WOODY HAS AGED WELL!
Verified purchase
You won't be sorry for purchasing this movie. It is humorous, but at the same time it makes a few serious points. And Woody is presented in his well-known persona of zany, but with loyalty to his friends and a good heart.

Peggy S. JamesReviewed in the United States on March 2, 2022
5.0 out of 5 stars
Cute movie
Verified purchase
My 5 year old granddaughter and I have enjoyed watching this movie several times now. It is a cute and funny movie.

SavvyshopperReviewed in the United States on April 24, 2021
5.0 out of 5 stars
Great movie for movie night with the kids
Verified purchase
Really cute movie. We watched it twice! I felt it was appropriate for children, (there are many children rated movies that I don’t feel are). My 5 and 7 year grandsons enjoyed it.

William HathcockReviewed in the United States on February 18, 2021
1.0 out of 5 stars
Expired Digital Code on suppose to be brand new DVD including Digital code
Verified purchase
I order the Woody Woodpecker movie [DVD + Digital code]on 13Feb21 and tried to enter the code on 17Feb21, I paid extra to get the digital code. Once I tried to redeem the Digital code the website told me the digital code had expired.

Kira AdamsReviewed in the United States on November 18, 2021
1.0 out of 5 stars
Horrible Sound
Verified purchase
I purchased this movie for my children, and the sound is so horrible we can't stand to watch it. It sounds like it is coming through a tunnel. If i could find an option to get my money back I would. We order and watch movies/videos a lot from Amazon, and we have never had an issue like this.
See all reviews
Back to top
Get to Know Us
Make Money with Us
Amazon Payment Products
Let Us Help You
EnglishChoose a language for shopping. United StatesChoose a country/region for shopping.
© 1996-2022, Amazon.com, Inc. or its affiliates