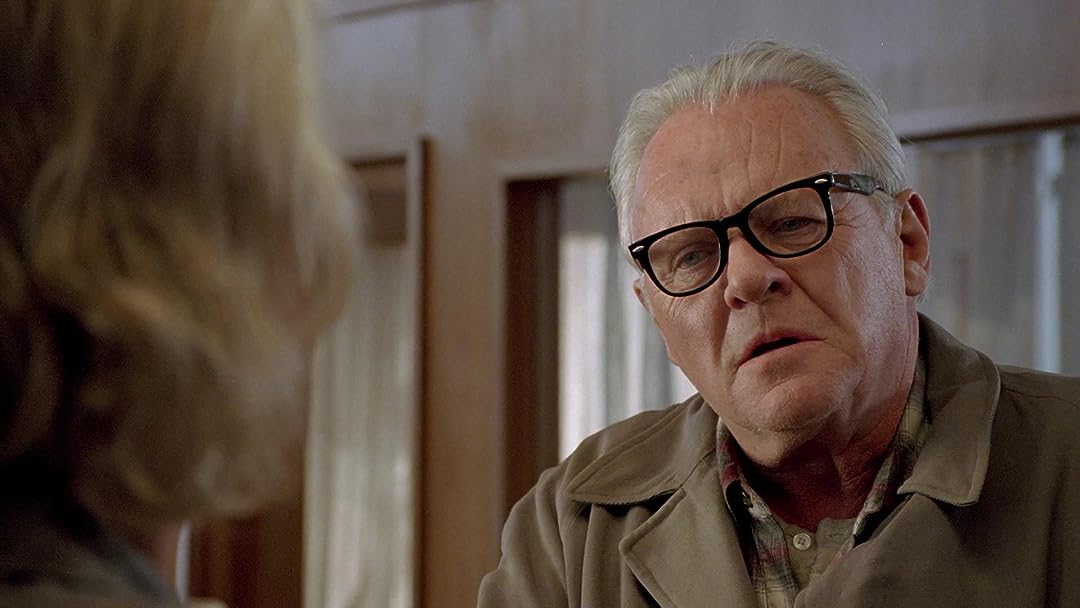 kevin campbellReviewed in the United States on April 2, 2022
5.0 out of 5 stars
Great aspiring movie
Verified purchase
This movie is not just about a man doing the best he can in a world and age that has left him behind, rather a story of how we would all like to think of ourselves, but never truly accomplish. The beginning shows a man run on prehistoric duck tape finally realizes his dream and optimism no matter what people think of him and an era long gone. The woman at home, the help he receives on the road, the hotel working crossdresser, and everyone along the way and at the salt flats show this man love and compassion through sheer will and good nature of the man. A time long forgotten in America and a story that could never be lived again thanks to PC woke racism and not because of the old man's actions. It's a reminder of a time long forgotten and the trust we once had in each other in those with determination. It's a story about life, growing old, and perfection in using what you have. More importantly, the acceptance to see an old white man for what he truly is which is lost on society now. It's a great movie that takes you away from all the hate of today and reminds us of what we left behind in history books. His Indian motorcycle was a representation of a time and era that is lost to us now as the experiences he encountered along the way. Great nostalgic movie to show how great people could inspire and become from sheer will and witt with some help once upon a time.
3 people found this helpful

littlebigmanReviewed in the United States on January 22, 2022
5.0 out of 5 stars
I easily give it five stars
Verified purchase
I am glad I happened to see where someone said that he really enjoyed Anthony in The Worlds Fastest Indian. So Hopkins is supposed to be from New Zealand. First thing I did was lookup where he was from and it turns out, Anthony is from Wales. He sure had me sold on being from NZ. It was well acted by everyone really. It is quite a story but I have to confess I was finally ready to watch the ending of it. If this is a true story with all the details being correct, I would have to say this is just a hell of a film. I suggest for anyone to watch it. I will watch it again from time to time.
4 people found this helpful

Mr. FloaterReviewed in the United States on August 31, 2022
3.0 out of 5 stars
Why does this movie feature a transvestite?
Verified purchase
The story is a good composite of Burt Munro's career. It's a story of overcoming adversity. People tended to like the man, and that's well communicated here.

I wish I could leave my review at that, and give it four stars for being a pretty good movie.

But no, Hollywood needs to ruin everything with its wokester politics. Here they give us a transvestite as a main character. Why? Because everyone working in Hollywood attended a film school where they were taught neo-Marxist critical theory. They graduated eager to destroy Western Civilization, starting with traditional gender roles. So we're given a transvestite who proudly proclaims "I am a woman!" I'm being generous with three stars after that — thankfully it didn't last the whole movie.

A1cPeanutReviewed in the United States on May 30, 2022
4.0 out of 5 stars
Enjoyable, but a bit too long with a few too many "bits"
Verified purchase
It's a great story for sure and the movie is excellent in many ways, but it seems a little long, even for its day. There are too many short gag scenes containing standard issue Hollywood social statements. If they were thought to be frosting on a tasty cake, those scenes are more sugary than the palette requires and are thusly out of place for such an inspiring true story. The 2nd quarter of the film drags a bit as it tries a bit too hard to be cute and relevant- causing me to fast forward until the action picked up.

The scenes at the flats are well done and capture the camaraderie of the participants during Speed Week. The movie really comes alive as the lead fights to realize his dream and sidestep some of the track rules. The final setup is nicely done, leaving the viewer with warm, nostalgic feelings.

Sadly, the days of racing on the flats are about over. Doing so has become a bureaucratic nightmare and the bed itself is a fraction of the thickness it used to be with so much material having been mined for sale. Perhaps there is enough for a few electric vehicles to battle it out, but the sounds, smells, and culture may be fading faster than the great stories born of the event can be told.

— OdieReviewed in the United States on August 19, 2019
5.0 out of 5 stars
Motorcyclists Will Love This Movie!
Verified purchase
What brand of bike you ride or prefer does not matter. That you are a motorcyclist does. And this movie, based on a true story, will make you laugh (and maybe make your eyes sweat a little), and you will love every single minute of it.
Set in a simpler time (it could’ve not happened today), the movie captures the struggle of the human spirit and all it can accomplish when unburdened by official and/or societal rules.
A must-watch and a must-have for the motorcycle owner or enthusiast.
6 people found this helpful

joel wingReviewed in the United States on August 30, 2022
4.0 out of 5 stars
Anthony Hopkins is an eccentric old man who wants to go fast
Verified purchase
Anthony Hopkins is an old man with a dream. He wants to break the motorcycle speed record. I like the start because Hopkins plays his part as a total eccentric. He makes all his neighbors mad with his work on his bike and next thing you know he challenges a biker gang to a race. Things keep on that path when Hopkins goes to America for more fun. The supporting characters stand out as well from a transvestite played by Chris Williams he runs into in Los Angeles to Paul Rodriguez who plays a used car salesman. It’s like one big adventure story. It makes you want to see who Hopkins will run into next and what will happen to him. Most importantly when he goes for the speed trial it will put you on the edge of your seat.

Robert StrackReviewed in the United States on October 22, 2018
5.0 out of 5 stars
Amazing true story well executed
Verified purchase
Burt Munroe. Legend. Loved by his peers. Unbelievable garage based engineering and construction. Makes ya yearn to run something at Bonneville! Anthony Hopkins is, as always, an amazing actor. He just nailed this part and did Burt justice like no other could. The rest of the cast just made you feel the story as if you were part of it! How one man's dream seemed to be doomed at every turn, yet shows that human determination, mixed with an exceptional individual, triumphs...with a little help from his friends! One of my favorites! Buy this and watch it a hundred times. You won't get tired of it!
8 people found this helpful

ShawnReviewed in the United States on May 26, 2017
5.0 out of 5 stars
One of my Favorites!
Verified purchase
Seen it twice on a streaming service and was disappointed when they removed it. Good for adults and kids. Good for gear heads and drama fans, so it's a great compromise between the grunt-snorting-action-loving partner and his/her drama-loving, need-at-least-a-bit-of-a-teary-eyed kind of movie partner. My girlfriend and I really got into the story and were rooting for Burt the whole time. It really built up toward the end and we found ourselves near cheering out loud. It's a feel-good, triumph style movie that's not too cheesy, so it's probably even good for your average party pooper. Now I need to go watch it again!
17 people found this helpful
See all reviews
Back to top
Get to Know Us
Make Money with Us
Amazon Payment Products
Let Us Help You
EnglishChoose a language for shopping. United StatesChoose a country/region for shopping.
© 1996-2022, Amazon.com, Inc. or its affiliates