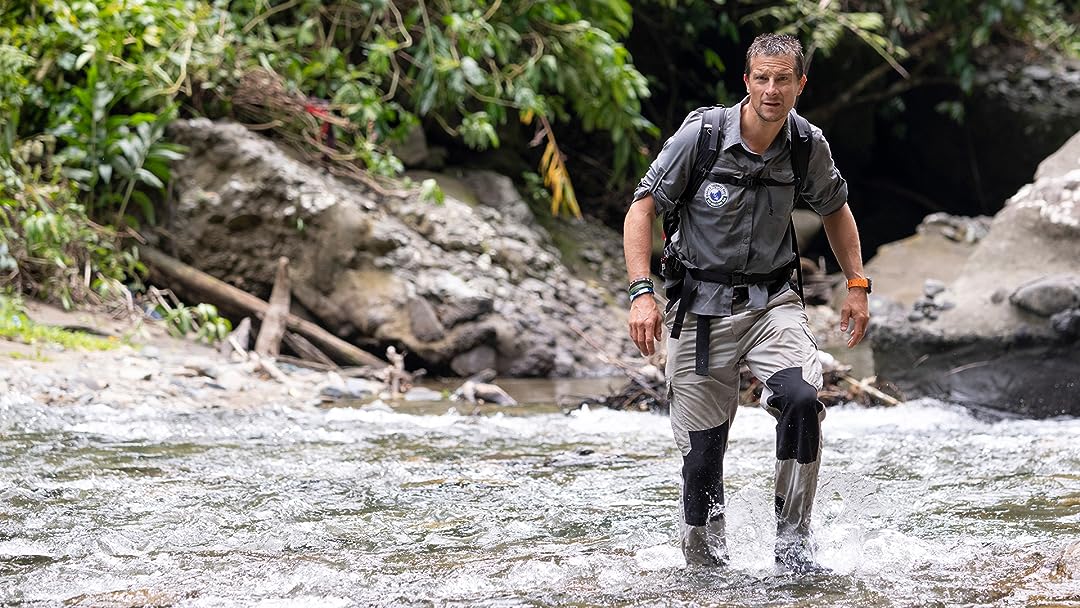 Season 1
(782)7.52020HDRUHD13+
66 teams descend upon Fiji to compete in the most epic global adventure race ever attempted. Bear Grylls hosts this 11-day expedition that pushes competitors to their physical and emotional limits. For the veteran teams the goal is to win – but for most, the dream is to finish and prove to themselves and the world, that they can prevail in the World’s Toughest Race.

WyfaggroReviewed in the United States on August 14, 2020
2.0 out of 5 stars
This is not a race, it's a biography of a few teams.
I was excited about this show as soon as I saw the preview. The day finally came-August 14th. I started watching a 6am. I was bored after the first episode. I continued to watch (just in case things got good) and finally stopped at episode 3 when I realized this is as good as it's going to get. There is not enough footage of the teams facing the struggles and hard work of each leg. Instead we get too much up close and personal footage. Yes we want to know a little about the teams, but they focus on just a handful of teams and the special reason they are competing and repeat the same story/background/reason/challenge from the same handful of teams over and over and over again. So if you want to get to know the teams pretty well, watch it. These teams deserved to have had a better show filmed for all their effort.
180 people found this helpful

BReviewed in the United States on August 14, 2020
5.0 out of 5 stars
WOW - A reboot that exceeds expectations....get ready to binge watch!
As an Eco Challenge fan since the first race and a competitor in the 2002 Eco Challenge Fiji race (the last race), I had very high expectations for this reboot. Usually that means disappointment....BUT, man, was I blown away. Binge watched into episode 4 last night and am so excited about to watch the rest. The production team has done an amazing job keeping the essence of the Eco Challenge expedition race and all the awesome aspects from the Fijian culture to the beautiful shots of the race course and added so many cool elements on the course to make it more TV friendly and to keep it updated. Not to mention, the personal stories will inspire all who watch. It was the coolest and most challenging event I have ever done back in 2002 and this season makes me want to go out and train....
136 people found this helpful

DeanReviewed in the United States on August 14, 2020
1.0 out of 5 stars
An inspiring show ruined.
A great show. The teams were very inspiring. Up until they cheated for New Zealand near the end. That completely negated the competition.
108 people found this helpful

dReviewed in the United States on August 14, 2020
1.0 out of 5 stars
Totally Boring
A complete waste of time!
76 people found this helpful

nd2kosReviewed in the United States on August 19, 2020
1.0 out of 5 stars
Pegged: Just another PC soap disguised as an endurance race.
Other reviewers have this show totally pegged: A major whine disguised as an endurance race. But of course - and all too inevitable - the producers and participants couldn't resist turning it into yet another excuse to espouse their 'woke' PC dogma, personal angst, and tales of the inequity and injustice in the system. Please, get over yourselves. Billed as the worlds 'toughest' race we finally understand: It was tough to watch, and the preachy participants a real burden to bear. From the outset they introduced that other kind of 'race' and the obscene and completely inappropriate "Oo, look at me, I'm competing in my speedos for the LGB.dot.dot.dot community" and the equally tired "we're the only african american team in the race" and the endless angst about how "we're all really just doing this for my dad - did I mention he has Alzheimers? And oh, by the way, (tear, tear, sniffle, sniffle), did I mention he has Alzheimers?" And it seemed the only person not making a big deal and crying about it was the man himself.

The show was pretty much a pablum fest from start to finish, and there was a real shortage of sequences showing the actual challenges of the race and few truly heroic moments and visual telling of the stories of the many teams who never made it for the on camera interviews - likely because they weren't invited to because they weren't there to whine and soap box for this or that cause or injustice or other nonsense. There were far too many violins and sad tales from the few select teams and participants who met the production's agenda and monopolized it to the detriment of the audience and other participants in the race.

A couple of the best scenes were when the Spanish [Team Summit] and Japanese [East Wind] teams showcased what heroism and intelligence in defeat are all about. Not the "Dad (tear, sniffle), we should consider stopping for your health - but we'll keep going for you" nonsense from Endure. [A little backbone, sonny, PLEASE.] Or the oh so tired "we'll keep going for all the people of color in the world," and whatever other pointless crusade was involved in each tired soap opera star's reason for being. Thought they were there for an endurance race.

The Kiwis were tough and exemplified that, there to race and win, not whimper and whine, so no surprise you didn't hear all that crap w/ a capital K coming from them. And you didn't hear it from the Spaniards (Team Summit) or the truly heroic Japanese team (East Wind) either. But instead of focusing on the RACE, Burnett & Company chose to focus the entire show on 4 or 5 teams who had an agenda or a "crusade" or "story to tell." Seriously? Really ruined a great opportunity there. Our family got so sick of it we stopped watching halfway through because of the non-stop, tedious, and totally boring soap box stories, diversions, and asides spewed out by the too many suffragettes disguised as athletes.

And couldn't help but notice that none of the Fijians bought into all the tired, psuedo-psycho-drama and angst promoted by the producers and soap box participants they paraded before the audience throughout this debacle. Burnett and Grylls: You really missed the boat on this one. Do us a favor and don't repeat.

For the record we also echo the sentiment of so many others who watched: The Kiwis should've been out of the race when they foundered on the last leg and called for rescue. They were tough, no doubt, relentless -- but they had to be rescued. That should have ended their bid, unless of course they wanted to swim for it or bail their boat to finish. But once rescued and taken to the safety of shore, they should've been out of the game. No excuse, there. The Canadians should have won, hands down. Especially when in other episodes other teams were plainly told, "If we rescue you, you're out."

The real winners in our book were the Japanese of East Wind, two of whose members contracted trench foot and had to crawl to the rescue chopper. And our salute to their team lead who had the sense to say "enough." Not like the Macy kid's team [Endure] who kept playing violins 5 times an episode and "pushing on" for dear old dad (and oh, yeah, did we mention he has Alzheimers?)

The other real winners were the Spaniards of Team Summit, who literally crawled into their last checkpoint, bruised, battered, and hypothermic. There were probably others equally deserving, as well. They just weren't interviewed or shown on camera because they didn't fit the production's narrative, and bravo for those types of competitors. Nothing but thumbs down and loud 'boos' for all the PC teams and participants who had to ruin it by constantly getting on their soap boxes and bore everyone to death with their drivel. That goes double for Burnett and Grylls, who orchestrated it and let it happen.

Jil PenningtonReviewed in the United States on August 14, 2020
1.0 out of 5 stars
Just a more fancy copy of survivor where the team members criticize and tare each other apart.
Episode 1 began as an over view of the series and right off the bat the team members were taring and criticizing each other apart. thought this was going to be lie the original program series, a serious attempt by supportive team members to get each other to the finish line. Disappointed &n won't watch.
61 people found this helpful

OmdrzReviewed in the United States on August 14, 2020
5.0 out of 5 stars
Epic Endurance Racing
Excellent show and race. Teams are very interesting and dynamic. This isn't a scavenger hunt type of race, this is real endurance racing. Show is VERY well done from start to finish - these athletes are incredible, no question about it. Much more fun to watch than an iron man. Can't wait to see where they race next season!
65 people found this helpful
See all reviews
Back to top
Get to Know Us
Make Money with Us
Amazon Payment Products
Let Us Help You
EnglishChoose a language for shopping. United StatesChoose a country/region for shopping.
© 1996-2021, Amazon.com, Inc. or its affiliates