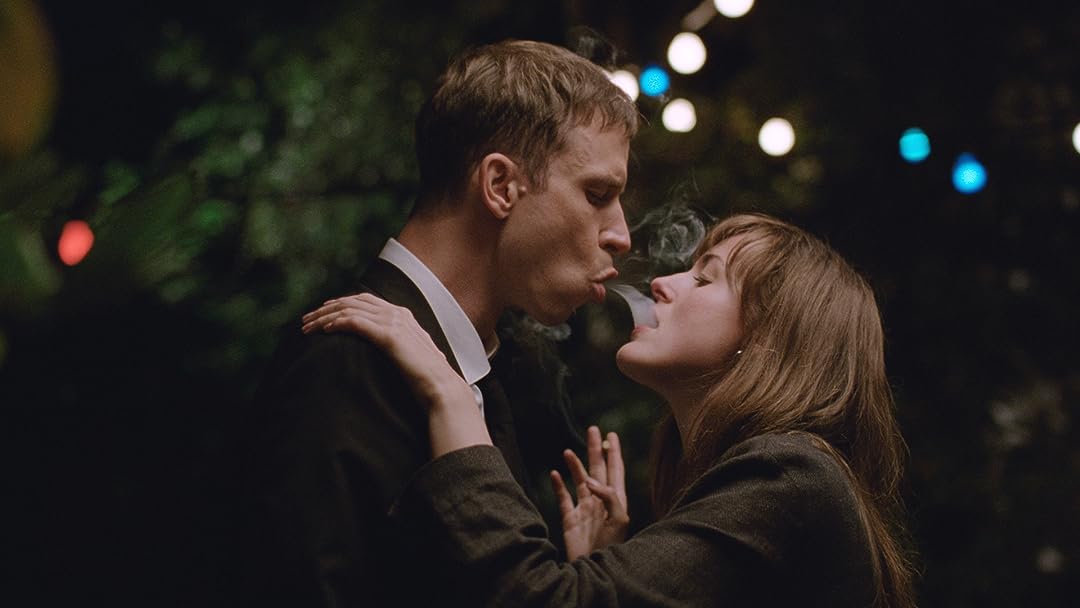 The Worst Person in the World

(588)
7.82 h 8 min2022X-RayR
Chronicling four years in the life of Julie, this modern story about the quest for love and meaning explores a young woman's navigation of the troubled waters of her love life and career path, ultimately leading her to take a realistic look at who she really is.

NeuromancerReviewed in the United States on March 17, 2022
3.0 out of 5 stars
Not the worst movie in the world
Verified purchase
I was very much looking forward to seeing this film. I think Anders Danielsen Lie is a very fine actor, and, as it turns out, his performance was for me the thing that saved the film. He delivered a very strong emotional punch in the earlier part of the story and then later at the end. Otherwise, it had a theme and characters that bordered on the cliche - I found much of it meandering and reliant on novel but mannered scenes and events to hold the audiences attention. I found some of these tendencies in Joachim Trier's earlier films, as in "Reprise" (also featuring Danielsen Lie). It's a bit of the 90's Indie sensibility but with more artistic flair - a kind of, "look at me do this cool thing that will surprise you" (as in the magic mushroom scene, and others). This theme of a young person not knowing what to do with their life, feeling lost, questioning every decision, is of course one that's been covered extensively, and in my opinion with more depth. A fairly recent film that for me was very creative without being self-consciously mannered, was Mia Hanson-Love's "Eden". That film has really stuck in my mind. Still, with all of the formula movies piling up on Netflix (and being nominated for awards), this one is at least attempting to do something different.
10 people found this helpful

t goreyReviewed in the United States on March 30, 2022
3.0 out of 5 stars
"Best of the Year": Good But Not Great...
Verified purchase
With rave reviews and an intriguing story and cast, even the capable directing couldn't save this film from being dreary and dull and feeling endless. It was hard to care about any of the characters. I kept thinking about the similarities of the series, FLEABAG, which I loved so much I've seen it over twice, and DARLING, which I've seen whenever it airs. What is different in this similar story of attractive, talented, restless young women who use sex as a sort of self-medication, is that it seems almost impossible to care what happens to any of the characters except the cartoonist in THE WORST PERSON and even that ending lands with a thud. Skip it until its free.
8 people found this helpful

Jon S. WesickReviewed in the United States on March 31, 2022
3.0 out of 5 stars
Did Not Hold My Interest
Verified purchase
This movie is about a young woman who doesn't know what she wants. There are four outstanding scenes: stopping the world, the reindeer, magic mushrooms, and the hospital air drumming. The production values and acting are good but I was bored and couldn't wait for it to be over.
7 people found this helpful

NursermkReviewed in the United States on March 18, 2022
4.0 out of 5 stars
The Paths of Life
Verified purchase
A unique film, it has three pathways. One is the standard--woman trying to navigate self and relationships, questioning choices along the way. There are short little jogs into fanciful film diversion, lending a lighter note to the plot line. The last path is a gut punch of surprise and emotion, making this much more than a simple relationship drama. The three leads are all very good, straightforward, likeable and believable. As with the best of the european films, there is no need for assigning good or bad, just the ups/downs and uncertainty of life. I loved not knowing what was going to happen, just like real life, and I enjoyed the story, strong lead performances and inspired direction.
4 people found this helpful

Julianna BurrillReviewed in the United States on April 16, 2022
5.0 out of 5 stars
Beautiful film
Verified purchase
Such a real, honest portrayal of how messy and lovely life can be.

Josh GipsonReviewed in the United States on May 9, 2022
3.0 out of 5 stars
Annoying main character
Verified purchase
I found the main character in this movie to be annoying. I'm pretty sure it's intentional. You could say she's a complex character, but in practice she's mostly just an unusually beautiful, basically wealthy, and entitled young woman in her twenties. As an average looking man middle class American man approaching forty, I just could not relate to this woman's life- nor do I think I was supposed to? Is she supposed to be "the worst person in the world?" Well, let's just say she's close enough.

Was looking forward to watching this but I wouldn't recommend it to anyone over 30!

Johanna SuttenfieldReviewed in the United States on March 16, 2022
5.0 out of 5 stars
must watch
Verified purchase
this movie was funny, heart wrenching and warming-and then in the last 45 minutes it ripped my heart out, stomped on it, then very gently and politely put it back in. bruised, raw, and messily bandaged but I am thankful and better for it. 5 stars
5 people found this helpful

D HawkinsReviewed in the United States on May 17, 2022
3.0 out of 5 stars
Well made, but not much to say
Verified purchase
I think the director and star did a great job depicting an unlikable main character...but nothing much happens and you can guess what does happen after the first 20 minutes.

It's the story of a person who will never be happy and makes the people around her unhappy. I've seen it done in much more interesting ways and with more humor on a show like Transparent.
One person found this helpful
See all reviews
Back to top
Get to Know Us
Make Money with Us
Amazon Payment Products
Let Us Help You
EnglishChoose a language for shopping. United StatesChoose a country/region for shopping.
© 1996-2022, Amazon.com, Inc. or its affiliates