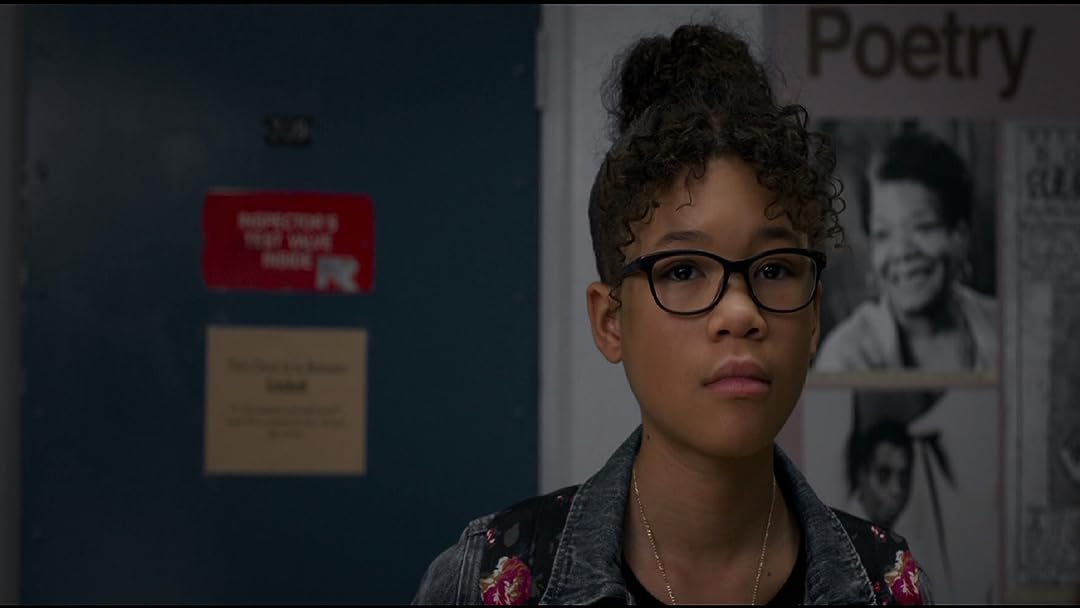 (3,941)
4.21 h 49 min2018X-RayPG
In Disney's A Wrinkle In Time, three mystical guides lead Meg on an epic journey, tessering through time and space to find her father, following his mysterious disappearance.

J. L. PowellReviewed in the United States on June 16, 2018
1.0 out of 5 stars
The most atrocious writing for an ADAPTATION. Go read the book instead!
Verified purchase
Actors - Great - I loved Meg
Director - Great - what BEAUTIFUL visuals!
Writers - Holy cats WHAT WERE YOU THINKING?!?!?!

Seriously, You took one of the greatest books of all time and just crapped all over it. You had ONE JOB! Seriously you completely gutted a beautiful and beautifully written story, destroyed characters that were examples of great love and sacrifice and wrote a piece of pablum even the Hallmark Channel wouldn't run at Christmas.

I'm angry beyond belief. I'm glad I only rented this. No I am HEARTBROKEN.

Mrs Whatsit WOULD NEVER KICK ANYONE!! WHY WHY WHY WHY WHY would you do that? She was a STAR who died young in the battle against evil NOT a BLITHERING IDIOT. What a WASTE of a great actress!

Why turn Camazotz into the special effects barf bag instead of the real horror that it was?

I was thrilled with the ethnicity changes, but why ADOPT Charles Wallace? That makes no damned SENSE and adds NOTHING to the story, that you gutted.

The mucky after school special morals were a travesty especially when the original book had such beautifully written themes of love and sacrifice and courage...

I have been negative enough. Yes I am very attached to the book, but not so much as to respect the differences between a film and a novel, to understand that things do need updating, that changing the races of the characters was a lovely idea, that dropping other siblings was necessary to tighten the story, etc etc etc, but to completely gut everything of meaning from the core of the whole thing and to make gratuitous and emotion deadening changes that not only do not add meaning but actually drain it away is an example of the worst in any creative endeavor. The writing was atrocious, the changes to the story mangled it into unreconizeability, and you took what could have been a glorious visual version of one of the best books ever written and peed all over it.

I want to see this director continue to work. The actors were all so wasted on this. The writers - this was an utter failure and you destroyed something that could have been a triumph of the most uplifting kind.

PTReviewed in the United States on June 23, 2018
1.0 out of 5 stars
So much more disappointing than I expected
Verified purchase
I absolutely adored the book series. I rented this knowing it had many bad reviews but was hoping the cinematography and my ability to suspend judgment/not be offended if movie doesn’t match the book, would make the $4.99 rental worth it. It wasn’t. At all.

There were so many random changes from the book that either added nothing or were outright confusing. The character development was so shallow, except for all focus on Meg’s faults. The plot was confusing even though I knew the backstory.

It was just...annoying to watch. Save yourself the time and go do something productive. Or take a nap. Or use the $4.99 to pay for a food delivery.
119 people found this helpful

Kevin P. SchultzReviewed in the United States on June 9, 2018
1.0 out of 5 stars
Based LOOSELY on Madeleine L'Engle's book.
Verified purchase
I had heard it was a bad rendition of the book so did not go see it in the theaters, but this was beyond terrible. Even if you hadn't read the book it was just a terrible movie. They should all be ashamed they publicized this movie to the extreme they did, it did not live up to the hype at all. Mrs Who's pithy movie and slang quotes were inappropriate and not at all true to the character Ms. L'Engle wrote. You had no idea what a beautiful mind Charles Wallace had as there was no real character development. I could go on and on. Don't waste your money.
133 people found this helpful

Logan PowellReviewed in the United States on June 9, 2018
1.0 out of 5 stars
Looks like most of the budget went to paying the big stars who were in the film instead of making sure the film was any good.
Verified purchase
We were so looking forward to seeing this movie and it just really made us sad. We are a huge disney family and this movie was so underwhelming. We will not be watching this again nor do we have any plans to purchase it either!
71 people found this helpful

ValkyriefireReviewed in the United States on July 11, 2018
1.0 out of 5 stars
Okay if you've never read the book, awful if you have
Verified purchase
This is actually antithetical to what Madeline L'engle was trying to get to. I love the casting, for the most part, but then the whole point of the book and the themes within were stripped away. I suppose it's a decent movie if you've never read the book or had anything to do with the Murrays from her other novels. If you have read them, stay away from the movie. Back away slowly and you'll never have to see one of the celestial helpers degrading Meg, nor another playing The Magnificent Oprah Giant.
38 people found this helpful

John DowningReviewed in the United States on June 27, 2018
1.0 out of 5 stars
This was a terrible adaptation to this book
Verified purchase
This was a terrible adaptation to this book! We had to keep telling the kids to just watch it as a movie, not as movie based on a book. The book is so much better.So intense, so descriptive, so entertaining. The movie has no heart, no connection. Felt rushed and really didn't flow even as a story. Read the book and skip the movie. Clearly the screenwriter had never read the book. It was a disgrace to the book really. The author did such a wonderful job drawing you into the story, so much that you could feel the heartbeat, the pulse of the brain, the intensity. This has nothing on the book. Waste of money. Waste of my money to rent it, glad I didn't go to the theater as planned, and a waste of Disney's money, especially paying well known actors to try and pull viewership.
27 people found this helpful

SherylReviewed in the United States on July 15, 2018
1.0 out of 5 stars
Ugh. Save your money.
Verified purchase
I kind of want to ask Amazon or Disney for the five bucks I spent to watch this movie via Prime back. Beyond the fact that the movie was barely recognizable as coming from the book, the writing was bad in general. There was no subtlety. Kids are smart, you don't have to hit them over the head with the themes so blatantly.

At least I can say I watched it before deciding I hated it.
26 people found this helpful