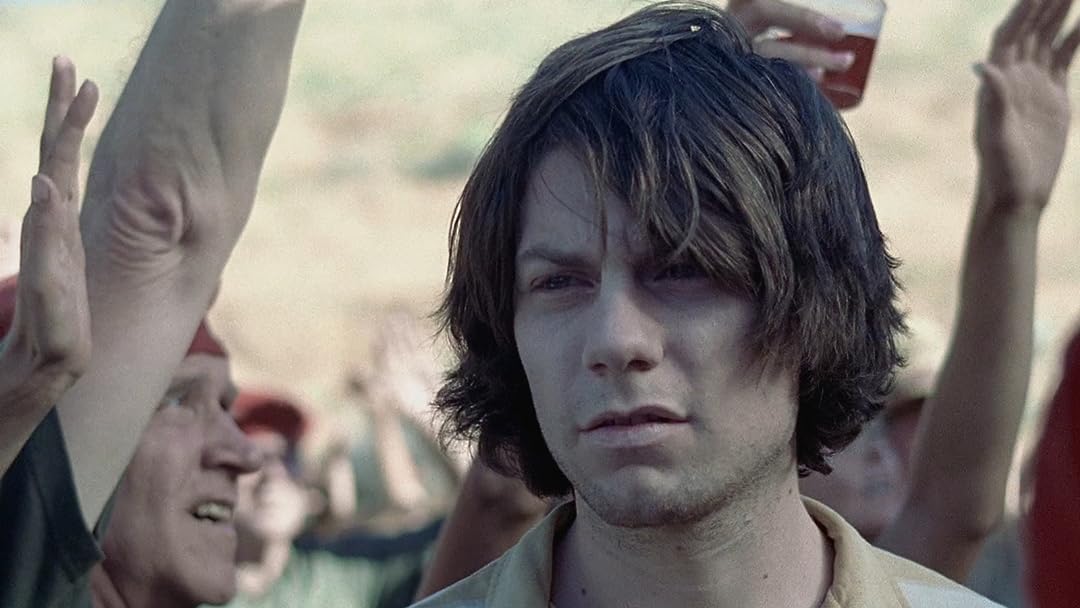 (1,058)7.31 h 28 min2007X-RayR
HD. A young man who kills himself searches for his ex-girlfriend in a bleak purgatory reserved solely for suicides.

Todd M.Reviewed in the United States on January 14, 2018
4.0 out of 5 stars
It’s one of the rare movies where the title says it all.
Verified purchase
If you want about 90-minutes of escapism to a world of the dead (suicides only) then this quirky little gem should fill the bill. It’s probably the only movie I’ve ever seen where someone has a black hole under the passenger seat of their car. Nice cast and some good acting hold this one together and the humor is clever. I did have to turn on the CC’s and they weren’t an exact match to what was being said but I do have trouble with accents.
9 people found this helpful

Adam CarpenterReviewed in the United States on December 26, 2019
3.0 out of 5 stars
Two and a half stars, but it looks like I have to go with three. *Spoiler Warning*
Verified purchase
I'll try to post the spoilers towards the bottom but I definitely have some critical opinions of this film that I would like to share. I feel like I've seen this vaguely similar premise before, My Boyfriend's Back, Defending Your Life, a film I believe is called Rapturepalooza. If you die by your own hand, you go to a purgatory type world that seems to be southern LA near Arizona-which I'd like to touch on the landscape later.

This purgatory realm has some strange rules, there are no stars in the sky but there is still gasoline being manufactured and delivered to gas stations, clearly farms still exist as people are eating and drinking, there are jobs, a police force, some kind of infrastructure. There just also happens to be a literal black hole under the passenger seat of the car. There's elements of many other genres in this movie, there are road trip elements, a quest, there's talk of religion and existentialism, some gallows humor, a love story...I think that is all to the films detriment. The movie isn't quite sure what it is. The storyline seems simple. If you take your own life, you go to another place that isn't really heaven or hell, some ill defined realm. We have our setting. The protagonist takes his own life because his girlfriend has dumped him for reasons not explained and in flashback we only see her happy with him. We have our backstory. While out, our hero runs into a former friend from life who tells him that his ex killed herself after he had. Now we have our call to action. He must find his love in this afterlife.

But it's strange. The landscapes are beautiful, in that they show the grimy urban decay of southern Los Angeles and Arizona, the desert, rotting buildings and gas stations, abandoned americana from the 20s to the 90s. The car is a beat up early 90s POS that didn't run right when it was new. The costumes aren't distracting and the special effects are low key and don't take you out of the movie. There just aren't enough clear lines in the film, the plot sort of just moves from point A to point C, then back to B, then off to G, and it's loosely connected. Maybe they felt in editing they could make it sort of a piecemeal memory trip, finding out the reasons why you did what you did? Maybe they were trying to make a point about love being stronger than death? It's unclear. By no means, am I saying this is a bad film, it's a good little film. The acting, while spotty at times ( russian accent becoming greek, or disappearing entirely for no reason ) still made an effort.
And I guess that's the best thing I can say about this film, that they tried. Everyone involved tried, and I like that kind of enthusiasm in film. The shot composition and lighting sets the right atmosphere and does an ok job of telling a story visually, something that films with a budget of 500 million can't always accomplish.

If you're curious, give the film a shot. I would give it two and a half stars, but they only let you go full stars here.

Sonya L.Reviewed in the United States on May 1, 2019
5.0 out of 5 stars
This movie isn't for everyone.
Verified purchase
I dvr'ed this movie and watched it to fall asleep to. Then one night I accidentally erased it and felt I was never going to get a good night's sleep without it. I ordered it and it worked perfectly. The only problem is that I need two remotes and it takes a good deal of fiddling around. Therefore, I watched it about 2 times more and it has sat in my dvd player ever since. That being said, of all the probably hundred times I've seen this movie on dvr, I enjoyed the acting and the music. I think all the main players were superb and executed the story line flawlessly. You may or may not like this movie depending on who you are. But I, for one, give it a gold star.
4 people found this helpful

AngelaReviewed in the United States on April 13, 2021
3.0 out of 5 stars
Quirky and sexist
Verified purchase
The story was interesting, but the female characters were all the stereotypical, inexplicably super-hot, need-to-be-saved shells we see so often in movies aimed at the 18-25 year old male population. The main female character seemed to be a copy of the childlike Leeloo from the Fifth Element and was even shown sucking her thumb while sleeping. The second main female character was the “dumb blond” cheating ex-girlfriend. The third main female character was mute and served only as a love interest. I kept hoping all of this would be explained away with an “It was all a dream” ending, but no such luck. This is why we need more female writers.
One person found this helpful

RReviewed in the United States on March 13, 2020
5.0 out of 5 stars
"Who could think of a better punishment, really?"
Verified purchase
I think a lot of people might have missed the primary point of this movie. Yes, it's a quirky, cute, dark-humored love story. But that's honestly a secondary trait. Our protagonist, Zia, decides that life is not worth living and commits suicide. He's rewarded with this: "Who could think of a better punishment, really? Everything is the same here. It's just a little worse." And that is the nugget that really is central to the message this movie is making. There is no out. When you have problems, you have to learn how to solve them.

There's also a final zen nugget I really appreciate: "It only happens if it doesn't matter. It comes without effort."

Overall, there's a bit more to this movie than might have been expected. It's not perfect, but neither is life. And it's a gem to enjoy.
One person found this helpful

RayReviewed in the United States on April 14, 2019
5.0 out of 5 stars
Good buy
Verified purchase
I only buy DVDs to movies I really like. Kind of a dark, love story. Kind of boring but I like the concept of this movie.
4 people found this helpful

Kindle CustomerReviewed in the United States on January 16, 2017
5.0 out of 5 stars
You might be surprised by how much you'll like it!
Verified purchase
Different, even a little bizarre, and I loved it! I was a little put off initially by the synopsis but after reading the reviews, decided to try it. I'm really glad I did, you may be too. I don't usually go for "dark comedies" but I didn't find it dark at all. This film has a lot of life's lessons without hitting us over the head with them. Superior acting! Kudos!
14 people found this helpful

mrfReviewed in the United States on March 19, 2019
5.0 out of 5 stars
Favorite Dark Humor Romance
Verified purchase
I always try and introduce my friends to this movie. It's very underrated and everyone ends up agreeing this movie has the right amount of dark humor mixed with a bit of romance.
3 people found this helpful
See all reviews
Back to top
Get to Know Us
Make Money with Us
Amazon Payment Products
Let Us Help You
EnglishChoose a language for shopping. United StatesChoose a country/region for shopping.
© 1996-2021, Amazon.com, Inc. or its affiliates