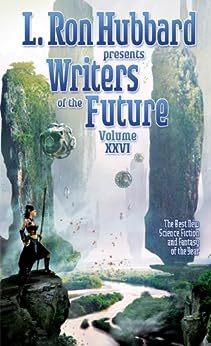 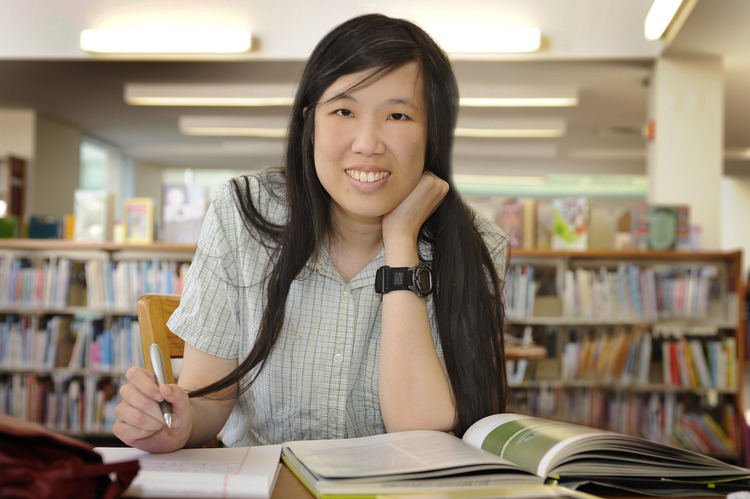 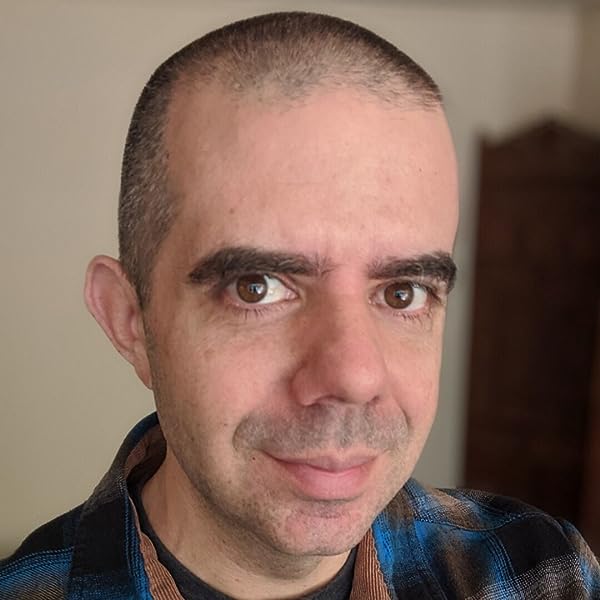 Discover Imaginative New Worlds of Tomorrow. Discover the new visionaries of imagination in the Writers of the Future. Let tomorrow's masters of science fiction and fantasy books take you on a journey.

Get lost in a magic room that comes to life, in the midst of rivaling magicians.

Can an unlikely friendship with an exotic Alien race save an injured human girl.

What would happen if you shared your mind with a terrorist, and their violence started to seep through?

Can an android marked for death become human instead in a twist of fate?

Established in 1983 by L. Ron Hubbard expressly for the aspiring writer, Writers of the Future has become the most respected and significant forum for new talent in all aspects of speculative fiction. Never before published first-rate science fiction and fantasy stories selected by top names in the field. Authors and artists discovered by Writers of the Future have gone to publish more works than other Writing Contest. It is a leading showcase of Creative Writing.

“Not only is the writing excellent...it is also extremely varied. There's a lot of hot new talent in it.” —Locus Magazine

“Some of the most excellent speculative fiction that you can find. They’re cutting edge.” —Nnedi Okorafor

“These are the people who are going to be creating trends.” —Brandon Sanderson

“The Illustrators of the Future is an amazing compass for what the art industry holds in store for all of us.” —Dan dos Santos

“Writers of the Future, as a contest and as a book, remains the flagship of short fiction.” —Orson Scott Card

“See the best of the best culled for you, curated and selected in a single volume every year.” —Robert J. Sawyer

“A very generous legacy from L. Ron Hubbard a fine, fine fiction writer for the writers of the future.” —Anne McCaffrey

“Writers of the Future is a terrific program for new writers, and goodness knows, there are few enough of those. It has my heartiest support and unqualified recommendation.” —Terry Brooks

“Some of the best SF of the future comes from Writers of the Future.” —David Hartwell Hugo-Award-winning editor

“This collection shows why I'm happy to be a judge for the Writers of the Future Contest it always finds great stories by the new writers who will be winning Hugo and Nebula Awards a few years from now.” —Tim Powers

“The Writers of the Future Contest has not only provided a place where new writers could break into print for the first time but it also has a record of nurturing and discovering writers who have gone on to make their mark in the science fiction field. Long may it continue!” —Neil Gaiman

“It all started when I won the Writers of the Future Contest. Without them, I can honestly say I would not be where I am today.” —Patrick Rothfuss

“Writers of the Future played a critical role in the early stages of my career.” —Eric Flint

“Writers of the Future was an accelerator to my writing development.” —Jo Beverley

“Writers of the Future has had a profound impact on my career.” —Sean Williams

“Writers of the Future played a pivotal role in my writing career.” —Nnedi Okofor

“I highly recommend it to everyone...” —Ken Scholes

“Writers of the Future launched my career...” —David Sakmyster

“They really do know how to pick and train talent.” —Mike Resnick

“The best-selling SF anthology series of all time.” —Locus Magazine

“Writers of the Future collection is exciting and engrossing, with stories that range across the spectrum of SF and fantasy. Tried-and-true space opera and epic fantasy, these stories explore new mysteries and ideas.” —Publishers Weekly

“This is a fine collection that will appeal to both fans of science fiction and fantasy short stories and aspiring writers looking for ways to improve their craft.” — Booklist

4.1 out of 5 stars
4.1 out of 5
23 global ratings
How are ratings calculated?
To calculate the overall star rating and percentage breakdown by star, we don’t use a simple average. Instead, our system considers things like how recent a review is and if the reviewer bought the item on Amazon. It also analyzes reviews to verify trustworthiness.
Top reviews

East Coast Girl
5.0 out of 5 stars Love reading new authors!
Reviewed in the United States on April 30, 2020
Verified Purchase
Received Writers of the Future 26, Science Fiction Short Stories and so far have enjoyed every story read. Started my love for science fiction and fantasy in early 1960 and it has not changed over the years. Almost scary what has come to pass which started in a writer's imagination. Short stories are the perfect vehicle for a writer to show their rhythm and style of writing giving the opportunity for the reader to seek out works of those who impressed them best. The mini-bio of both the writer and illustrator for each story was interesting in its own right. Looking forward to the next volume.
Read more
One person found this helpful
Helpful
Report abuse

Kindle Customer
5.0 out of 5 stars Great introduction to new writers
Reviewed in the United States on December 29, 2012
Verified Purchase
I have never been sorry for purchasing the books in these series. And if you have been interested in science fiction and fantasy but not quite sure what books to take the plunge with this is good way to start. You get to sample different genres and with a shorter time commitments. And frankly I love short stories it's not a major commitment of your time and in a lot of ways it's harder to tell a good story in less words than more.
Read more
Helpful
Report abuse

Roy Hardin
5.0 out of 5 stars A Great Way to Learn
Reviewed in the United States on December 21, 2012
Verified Purchase
When I decided to enter the Writers of the Future contest, I bought a copy of this book to study the essays and winning stories. I was impressed by the variety and quality of the writing. Not only was the book a good way to learn, but I thoroughly enjoyed it. The strategy paid off big-time when my story "Fast Draw" was selected as a published finalist in volume 28. I would recommend these books and the Writers of the Future contest to any aspiring writer of fantasy or science fiction.
Read more
4 people found this helpful
Helpful
Report abuse

Lost Weekend
5.0 out of 5 stars These are great stories
Reviewed in the United States on July 12, 2011
Verified Purchase
What's not to like? These are some great SF stories, though the opening story has more of a refreshing mystical feel than it is of SF, it alone is worth the purchase of this collection.
Read more
One person found this helpful
Helpful
Report abuse

A Book Is A Wonderous Thing
4.0 out of 5 stars Another excellent anthology! 12 Good Stories, 12 great ILLUSTRATIONS!
Reviewed in the United States on November 2, 2010
Verified Purchase
Writers of the Future / Illustrators of the Future are two amazing contests, providing great opportunities for aspiring AMATEUR SF and Fantasy WRITERS and ILLUSTRATORS -- and these annual anthologies are full of great stories and artwork from each year's winners! Definitely all aspiring Writers and illustrators need to check these out to get a sense of the genre (and the competition in the contests)! And NO -- Sorry, haters -- but they are in NO WAY shoving "Scientology" down anyone's throats (neither the books' readers or contestants); they don't even MENTION Scientology or else they'd lose their amazing pool of pro Big Name writers who judge and give feedback to the submitted stories and art. SO READ THESE BOOKS, both just to enjoy superiour SF and Fantasy and to enter the contests 9which pay winners from $500 to $5000)
Read more
2 people found this helpful
Helpful
Report abuse

babs
5.0 out of 5 stars thanks
Reviewed in the United States on February 24, 2011
Verified Purchase
i was very pleased with the speed and condition of the book. thank you so much and will watch for more of your sales.
Read more
Helpful
Report abuse
See all reviews

Michelle Ann King
4.0 out of 5 stars Good collection
Reviewed in the United Kingdom on July 15, 2012
Verified Purchase
My favourite story was easily 'The House of Nameless' by Jason Fischer. Madcap energy, intriguing mythic underpinnings, amusing use of mundane details and a bouncy, joyful weirdness over a solid quest/chase structure.

'Seeing Double' by Tom Crosshill -- an interesting idea, the joined consciousness was well shown and the were characters intriguiging

'Living Rooms' by Laurie Tom -- the manifestations of the rooms was a great, novel idea, and the world building and plot held up well. the love story was sweet and all the better for being only implied rather than stated.
Read more
Report abuse

Endeavour
1.0 out of 5 stars Rotten writing
Reviewed in Germany on January 17, 2013
Verified Purchase
Boring at the start, boring in the middle, boring at the end. This is a futile attempt to promote beginner authors on paper. They wouldn't (and didn't) stand a chance with today's publishers, drab stories, vage, meaningless, without the punctuation mistakes. A waste of time and money.
Read more
Report abuse