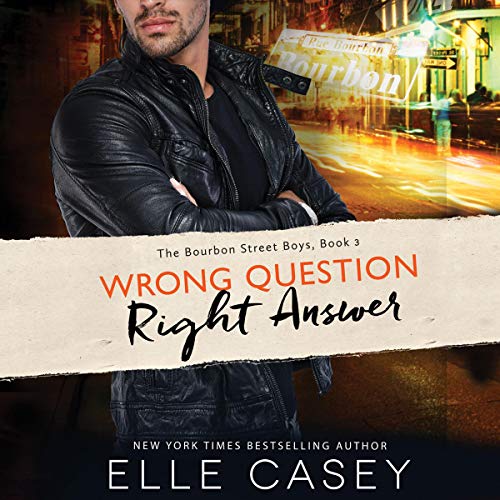 List Price: $10.49
You Save: $1.50 (14%)
By completing your purchase, you agree to Audible’s Conditions Of Use
Sold and delivered by Audible, an Amazon company
Share

4.4 out of 5 stars
4.4 out of 5
615 global ratings
How are ratings calculated?
To calculate the overall star rating and percentage breakdown by star, we don’t use a simple average. Instead, our system considers things like how recent a review is and if the reviewer bought the item on Amazon. It also analyzes reviews to verify trustworthiness.
Top reviews

Lisa M
2.0 out of 5 stars Ugh ... worst characters and storyline of the series.
Reviewed in the United States on September 4, 2016
Verified Purchase
This third book seems to miss the mark in many ways, and the audiobook version makes it worse. The way Toni and Lucky are described in the first two books set their characters a bit differently than portrayed in this book. So much so that Toni comes across as unintelligent, simple, self-centered, and immature (worse than May). Lucky is closer to his earlier portrayals, but he's still off and seems weaker. I had expected much more of these two characters and this story left me thinking that Lucky's got a little more going for him than Toni does, and she's a good example why some people shouldn't have children. Speaking of ... most of the book drones on about that one issue (children) to the point where a reader cares even less. This was the first time I was tempted to put an Elle Casey book down and walk away without finishing the read. There were some great opportunities for this story to really show Toni in all of her toughness and as having a brain, and to let Lucky's strength shine. It fell short, and even the small bit of excitement near the end fizzles out since it reinforces Toni as a weak character, and because the bad guy is twice thwarted by May. The latter felt even more unrealistic considering May went from a ditzy immature character in books one and two, to an uncharacteristically happy, giddy, and giggling woman who isn't all there. Any toughness built into May's character is gone by this book. This was a disappointing read in of itself, and the audiobook did it no favors either. The narrator's attempt to sound NOLA southern with street cred, smart mouth, bad girl, just made Toni sound ignorant and uneducated. Although the first two books were silly fun reads, this one isn't, and it's concept is poor enough that it's not a book I'd recommend to my friends.
Read more
28 people found this helpful
Helpful
Report abuse

Sarah Horwath
3.0 out of 5 stars ehh
Reviewed in the United States on September 4, 2016
Verified Purchase
Toni who hides behind this tough girl persona, one that keeps people at a distance. She’s strong and loyal to her Bourbon Street brethren; however, she is haunted by the mistakes of her past. Lucky, who also works at Bourbon Street Boys, is someone that Toni has known since her childhood. She crushed on him hard in her teen years and after a kiss one night she runs into the wrong arms. Lucky is also someone that battles with the demons from his past. Like Toni, he carries around a huge burden of guilt. When Toni and Lucky end up moving past the friend-zone and lines get blurred.

This book did just not do it for me. I did not like the character of Toni at all. I don't very much care for tough, crude female leads in books. I just couldn't stand Toni, the way she spoke, they way her monologues were in her head. I literally skipped over most of her because she annoyed me so bad. I mean she thought she was a murder, in hindsight she was but not really it was self defense. I just dint really get the whole story line either and to me Lucky was not male enough for me as a character. He bent over backwards and walked on eggshells for Toni who to be it seemed like she cared less. She was very rude to the other characters May and her sister and I don't know why either. The writing style was good and I loved the other characters from the other books we saw, but this book to me just did not hook me. It really saddens me that I din't like this book. I loved the other to books and enjoyed the authors writing style. I really hope the other books are better.
Read more
7 people found this helpful
Helpful
Report abuse

Candice E
2.0 out of 5 stars Maudlin and derivative
Reviewed in the United States on April 4, 2017
Verified Purchase
Two emotionally damaged individuals discover their true feelings for one another as love conquers all. Kind of a sappy and contrived story. The motivations for the changing emotions weren't convincing. I was especially annoyed by the "caveman" attitudes of the men upon learning Toni's condition. This story's emphasis on pregnancies and weddings made the action scenes feel like an afterthought. The narrative didn't flow as naturally as it could have. I also don't think the first-person, present-tense narrative worked as well from Toni's point of view as it did from May's or Jenny's in the first two books. I guess I'll read the 4th book because I like to finish things I start, but so far, each book has been a little bit worse than the one before.
Read more
4 people found this helpful
Helpful
Report abuse

constantly reading
3.0 out of 5 stars Not as good as the first 2
Reviewed in the United States on August 26, 2016
Verified Purchase
I liked it okay. I expected more from her. Sure sure low self esteem sure sure. But she didn't seem that affected by the past. I read this as spousal abuse is okay because she fought back. It didn't come across as tough girl tragic past. It came across more as its okay to beat your spouse (gf here) if she instigates an argument.
Then we have the plot which wasn't about a crime really, just some work is done.

It was okay. I hope the series bounces back
Read more
13 people found this helpful
Helpful
Report abuse

Poetic Puppy
5.0 out of 5 stars Loved it!
Reviewed in the United Kingdom on February 7, 2017
Verified Purchase
Toni finds herself reliving a high school experience when she kisses Lucky. The pair have always been close, but things between them are about to heat up. Lucky however is going to have to fight for his happy ever after with Toni, if he wants one, as she’s not the easiest of females to pin down.

I hadn’t expected to enjoy a story about Toni. The prickly female just didn’t seem to interest me in past novels. I should have had a little more faith in Elle, as she seems to be able to reel me in no matter who or what she writes about. As it turns out, Toni is a wonderfully complicated woman. I kind of love the way her mind works, and although I did get angry at her a couple of times for the way she thought about May, I forgave her by the time I finished reading. It’s obvious poor Toni doesn’t have much experience dealing with female friends, so May and Jenny are good for her. Lucky also seems to benefit from his friendship with Jenny, as much like May, she’s determined to get people to open up to her and help them any way she can. Thanks to her, he starts to deal with his issues, leading to his and Toni’s relationship taking a turn for the… well… confusing, since neither seems willing to label what they are.

I love how the sisters, May and Jenny, seem to be bringing the best out in those around them. Actually, if I’m honest, I’m kind of upset Elle didn’t include any bonus material in this book, as I would have loved to have seen a couple of scenes from May’s or possibly Ozzie’s perspective, as several things occurred outside of Toni’s perspective that I would have loved to have read about. (Sorry to be vague, but I do so hate including spoilers in my reviews). Fingers crossed, Elle might just backtrack and include them in a later novel. I may not have found this novel as funny as the previous two, but it was very touching. In fact this may be my second favourite book of the series. (My favourite being ‘Wrong Number, Right Guy’). I can’t wait to find out what’s next for the Bourbon Street Boys.

EllieWC
4.0 out of 5 stars Which question to answer?
Reviewed in the United Kingdom on May 9, 2017
Verified Purchase
Now when I started reading this I wasn’t sure if a: I liked Toni; and b: this was as good a book as the previous ones. It certainly wasn’t as amusing.

But as I read on, some humour started to appear and Toni became a much more sympathetic character when her back story emerged. I became interested in her and her relationship with Lucky.

This was a more serious storyline with abusive relationships to be thought about and how you might react, and the impact of prison on your personality and behaviour.

Kindle Customer
4.0 out of 5 stars Really enjoyable
Reviewed in the United Kingdom on January 3, 2018
Verified Purchase
The story of Toni and Lucky was really good. They are both carrying guilt for traumatic events that happened in their pasts.
Their relationship is not any easy one as it is complicated by several issues.
It was brilliant to see how both of them grew and adjusted. Toni has always been the one who holds her self back. She would avoid spending time with May or Jenny and always came across as hard headed and unapproachable. Lucky was always a quiet character and generally tended to blend into the background. So, I was delighted to read more about these two characters and I was not disappointed in their development.
There was the usual input from May and Jenny, which I found hilarious. May is a brilliant character and her regular input broke up the tension between Lucky and Toni.
Read more
Report abuse

Helen Messom
5.0 out of 5 stars Not Disappointed and still laughing.
Reviewed in the United Kingdom on March 29, 2017
Verified Purchase
This book was very funny in places. With laugh out loud moments, with Toni and Lucky in a Bars Bathroom with a pregnancy test, and Mays wedding when she teasers an uninvited guest. The characters are beautifully written, especially the children through this and the previous book. Elle is fast becoming a favourite author, with her humour and original storylines. There are some less than funny moments, with violence and death, but this author handles those times just as well.
Read more
Report abuse
See all reviews
Back to top
Get to Know Us
Make Money with Us
Amazon Payment Products
Let Us Help You
EnglishChoose a language for shopping. United StatesChoose a country/region for shopping.
© 1996-2021, Amazon.com, Inc. or its affiliates