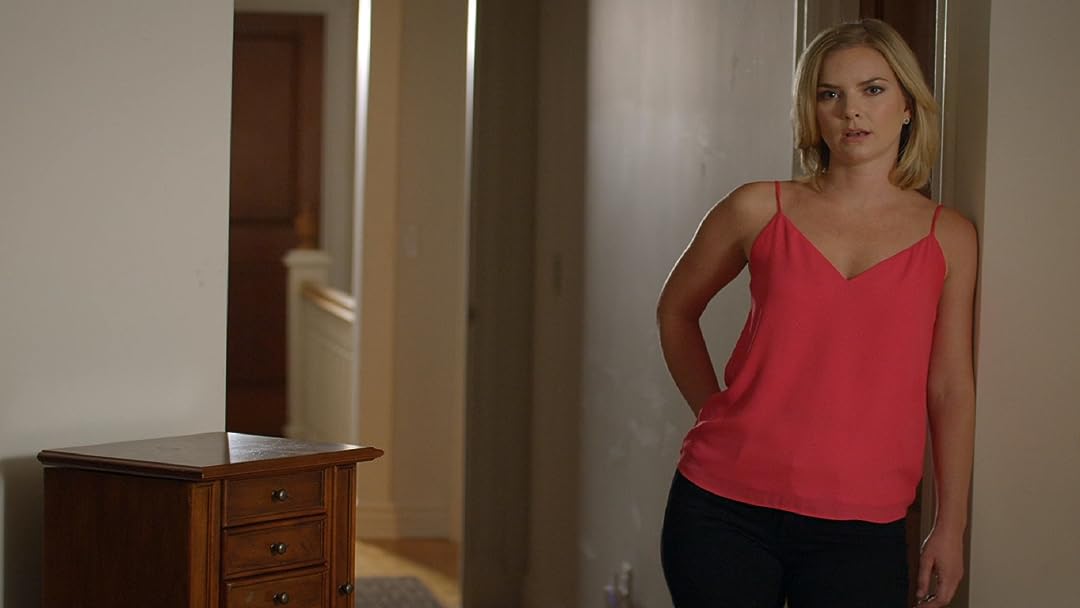 Quality Cable InstallationsReviewed in the United States on January 20, 2020
3.0 out of 5 stars
Alot of underacting here, as well
Verified purchase
The Story was lacking some rationality. Maddie was constantly snooping on daughter and Father was oblivious. But the real clincher, was the fact that she killed all those people and stabbed the Father and the Police didn't figure out who she was. Nonsense. Plus, when she pulled the Knife, he doesn't pick up an object, to fend her off and tell his daughter to run. Then she stabs him and he doesn't try to dodge the lunge? Terrible end to a mediocre movie. Wasted my time.
7 people found this helpful

Northern TownReviewed in the United States on March 11, 2020
2.0 out of 5 stars
Bad Acting, Unrealistic. Yet viewable. Like a Fail LIfetime Movie.
Verified purchase
So the teenage daughter can act and has a brain.
The "wrong stepmom" pulls Jekyll and Hyde expressions throughout, both to her credit and detriment.
(It's bad acting, but it's almost funny.)
The father makes me angry. He acts like dryer lint the entire film. He is the epitome of useless.
The little sister beams a forced smile brightly, says her lines, and passively lets whatever is happening take over the scenes around her. So much for free will or a personality.

I thought Pretty LIttle Liars was bad, as far as unrealism, clueless parents; but at least their cast can act.
So if the storyline interests you, it is interesting enough to watch while you do other things.

O yeah: Where is the Law? Apparently you can commit all sorts of crimes in all sorts of places and somehow just move to a new area and no one ever catches you??? Um. If you need realism and loose ends tied, you will be irate. If you just are up for a junk food level Lifetime movie with the evil chick dating a dad of a sharp teenager and how that resolves, this might be "fun" to have on while you bake cookies or search around for affordable in stock hand sanitizer. :)

380 megaXtremeReviewed in the United States on February 24, 2020
3.0 out of 5 stars
generic rehash of tons of movies
Verified purchase
This was a generic clone of other movies, it's been done so many times it's unreal. It was lifetime channel fodder basically. The acting was really good though because you never feel like you're standing outside the camera watching an actor recite memorized script lines like chris pratt or J-Lo or other terrible actors do. The cinematography was cool too it had cool drone shots between most scenes, I wonder if they were stock video shots or filmed for the movie, I mean I see so many B movies these days with really cool drone shots, but they fit seamlessly into the movie so I don't know. I think this might be the best work I've seen of david decoteau besides "the brotherhood" which was kind of cool, most his stuff ultra sucks but most his stuff could have been ultra cool cause they usually have a cool concept and some cool scenes but the script always seems to be about as bad as you can get. He should redo the brotherhood now days and make it really really cool this time.
2 people found this helpful

Kara LouReviewed in the United States on March 22, 2020
2.0 out of 5 stars
Oscar worthy performances
Verified purchase
....said no one ever. This gets a 2 star because the acting is so bad it’s a bit entertaining. It feels like a Lifetime movie that my grandmother would enjoy if it weren’t so “scary”. If you’ve got amazon prime and nothing better to do (like everyone else at the moment who is quarantined), it’s free and is good background noise...
3 people found this helpful

Danni Loves2ShopReviewed in the United States on September 20, 2020
2.0 out of 5 stars
Crude Cliffhanger Ending
Verified purchase
What is with these Lifetime movies that glorify murderous, unstoppable super Villains for 90 minutes before allowing them to get away in the end with all of the awful things they've done? They can't be so dense that they don't realize that this is totally infuriating and unsatisfying for the viewer. So, what gives? Do they think this is funny? Is it a cheap attempt to get viewers to come back for more? Well, I for one am sick of it. It's lazy, it's infuriating and it shows a lack of real talent and creativity. If it wasn't for the fact that I really like Cindy Busby and Corin Nemec, I would have completely hated this movie. Get it together Lifetime!

Deik017Reviewed in the United States on March 12, 2020
5.0 out of 5 stars
Better than 2001: A Space Oddysey
Verified purchase
Seriously, WTF? This is the greatest movie ever made! It is the perfect so bad it's good movie. Random moments of under acting and overacting, dialogue that makes absolutely no sense. Painful exposition and hackneyed plotlines. There are a lot of movies like this that are bad but in a dull way. This is bad in a way that's similar to Tommy wiseau's Masterpiece the room . Get some drinks and watch this movie with friends and get ready to laugh your hats off.
One person found this helpful

Debra StevensonReviewed in the United States on March 9, 2020
1.0 out of 5 stars
The Wrong Stepmother Really?
Verified purchase
Where do I begin??? OH MY Vivica, how could you attach your name to this poor, pathetic plot!!!! The father apparently doesn't need to be a father let alone date! The only person that had half a brain cell working was the older daughter! The acting was just sad, the plot had no believeability and I just skip throughout to wrap it up!
One person found this helpful

MYGReviewed in the United States on March 22, 2020
4.0 out of 5 stars
A funny watch!
Verified purchase
So the movie is definitely unrealistic in several scenes but it’s funny and kinda suspenseful too. I agree with another reviewer that the moral is to be more careful and cautious when dating or bringing strangers to your home/family. Truthfully speaking though there are people who are just vulnerable and weak and turn a blind eye. The main actors are all very good actors and have played in several other good Lifetime movies.
See all reviews
Back to top
Get to Know Us
Make Money with Us
Amazon Payment Products
Let Us Help You
EnglishChoose a language for shopping. United StatesChoose a country/region for shopping.
© 1996-2022, Amazon.com, Inc. or its affiliates