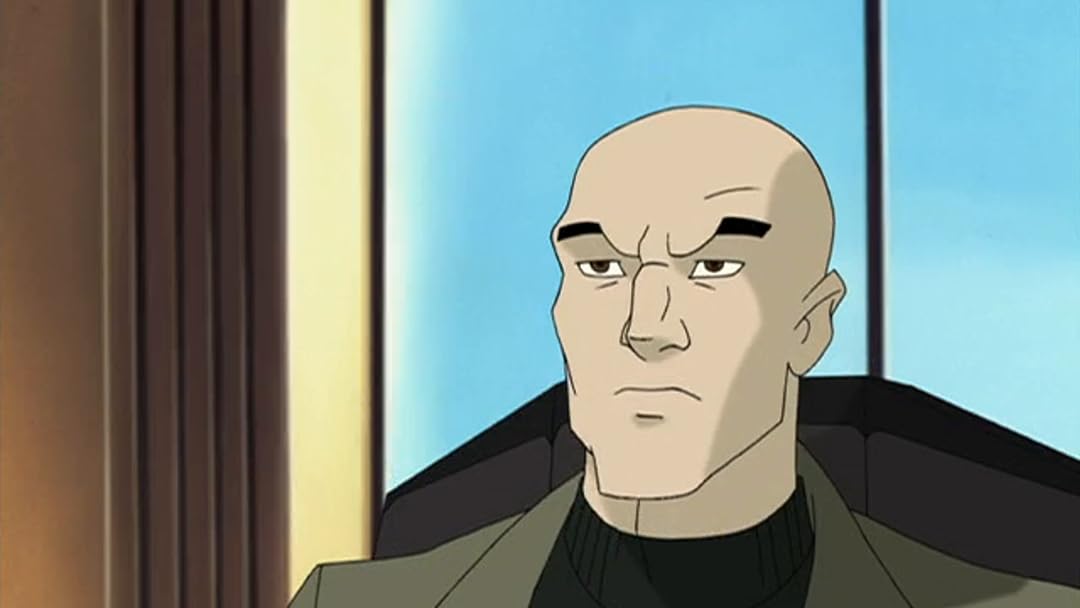 (110)
7.82002TV-G
Follow the X-Men as Professor Xavier trains these mutants to use their powers for good. His main opposition, Magneto, does the same, but for evil purposes. To complicate matters, the heroes and villains attend the same high school!

H. BalaReviewed in the United States on November 20, 2006
4.0 out of 5 stars
Where's the complete season 2?
Verified purchase
X-MEN: EVOLUTION truly is an excellent coming-of-age superhero series. The choices made regarding who would be reincarnated as teenagers and who would remain as adults generally pay off. I find Cyclops and Jean to be more interesting characters as angst-ridden teens. It would've been intriguing to have had Wolverine as a highschooler, as he would've undoubtedly out-grouched even the sullen Rogue, but never mind. Kurt (Nightcrawler), on the other hand, is a pure hoot; the exuberant fuzzy blue elf is one of my favorites.

The animation here is more than adequate, and the voice acting, particularly that of Logan and Prof. Xavier, is spot on. This series is definitely worth collecting, and I guess those bums at Warner Brothers are very aware of that. Warner Brothers enjoys making us wait for the complete season 2 package. That, or the company must be really racking up the greenbacks from the gullibles who pay extra money collecting these mini-sets. Alas, I'm one of those suckers, at least, with this particular dvd. But this one, I just had to have.

It's a bit challenging to review these X-MEN:EVOLUTION four- and five-episode packs without mentioning the other, unincluded episodes of the season and its general story arc. Fortunately, three of the episodes here are self-contained stories, while "Mindbender" is a precursor to momentous events which happen in the third season. X-MEN: EVOLUTION - ENEMIES UNVEILED (Volume 3) includes episodes 9 thru 12 from Season 2 and offers up two of my favorite episodes of the entire series: the amusing "Walk on the Wild Side" - wherein the girls form their own strictly female crime-fighting club, the Bayville Sirens - & "Operation Rebirth" - wherein, during World War 2, Wolverine teams up with Captain America.

The other two episodes are "Joyride" - in which Lance (Avalance of the Brotherhood of Mutants) briefly joins the X-Men - & the eerie "Mindbender" - in which Jean Grey is acting really strange. As mentioned before, "Mindbender" sets the table for a key storyline in season 3.

This dvd contains several paltry special features: "Meet the New Mutants"; "Behind the Brotherhood with Mystique"; and Wolverine's Trivia Challenge. Really, if not for "Walk on the Wild Side" and "Operation Rebirth," I would've held out for the Complete Season 2 dvd package, which I hope isn't long in arriving. Warner Brothers, c'mon, get it together. What's taking so long, bubs?

J. LyonsReviewed in the United States on July 31, 2018
5.0 out of 5 stars
Excellent 4 year series!
Verified purchase
This is one of four seasons. Our sons who are now college age loved the series growing up and enjoy rewatching it now. It focuses on the teen years of most of the x-men as they discover their powers and have to share a high school with those mutants who eventually form Magneto’s Brotherhood. No school district could budget for the needed repairs :0). The writing is high caliber with good storylines and characte development. Most of all it’s a family friendly series that children can enjoy!

P. TurnerReviewed in the United States on November 22, 2013
5.0 out of 5 stars
Second Season of a Great Series
Verified purchase
X-Men Evolution was a great series because it presented entertaining stories about three-dimensional (albeit super-powered) characters. I did not understand or appreciate the X-Men stories until I happened to encounter this series, which is basically an origins saga created by intelligent writers and gifted artists. I am now hooked. This particular DVD contains the second of four seasons (although, as of today, the fourth and final season is not (yet?) available in DVD). In this season, the cast expands to include more mutants and villains, which enriches the story lines compared to the smaller first year cast.
One person found this helpful

H.L.C.Reviewed in the United States on June 6, 2016
5.0 out of 5 stars
Fan's Exploration with Caution in Regards to Potential Triggers
Verified purchase
Add new characters, the feeling of seniority for the students who have been at the Institute longer, and intensified relational conflicts and twists. If you like Season 1, then you will enjoy this new series of adventures. One caution I have is this series makes the line between teams fuzzy, and may trigger you if you have a background of homelessness after a natural disaster/house fire or if you have trouble with authority figures.

kh2ff7Reviewed in the United States on February 13, 2011
4.0 out of 5 stars
X-Men: Evolution; season 2, volume 3
Verified purchase
As I've said in my other reviews for this show, X-Men: Evolution is not the best kids' show out there, but it's got some good qualities. My favorite element in the series is the Kurt/Nightcrawler character; I also like the high school setting and the anime style of the drawings, as well as the different scenarios the writers come up with.

I particularly like the first episode on this disc, since it's really neat seeing Lance join the X-Men for a while. It's just a shame that he was treated unfairly and decided to leave again at the end. The second episode, where the mutant girls go all feminist and start a vigilante group, is a bit silly, but it's also cool seeing them in different clothes and all kicking butt together with no guys around for a change. The other two episodes are just average.
2 people found this helpful

Sister AvalonReviewed in the United States on December 7, 2013
5.0 out of 5 stars
X-Men: Evolution DVD's
Verified purchase
Again I am a major nerd - used to watch this show on KIDS WB on Saturday mornings with a big bowl of cereal and the box and jug of milk by my legs. LOL! Its toned down due to it was geared towards kids - only draw back: it wasn't all packaged together like S3 which was all one set and they STILL have not realeased S4 on DVD! I love X-Men anyways!

DimitriReviewed in the United States on August 9, 2019
5.0 out of 5 stars
Good
Verified purchase
Good

Joyce WhalenReviewed in the United States on May 7, 2017
5.0 out of 5 stars
Rented for my grandson.
Verified purchase
He loves all the X-Men movies so couldn't pass this one up when he came for an afternoon visit and I had nothing else to watch..
See all reviews
Back to top
Get to Know Us
Make Money with Us
Amazon Payment Products
Let Us Help You
EnglishChoose a language for shopping. United StatesChoose a country/region for shopping.
© 1996-2021, Amazon.com, Inc. or its affiliates