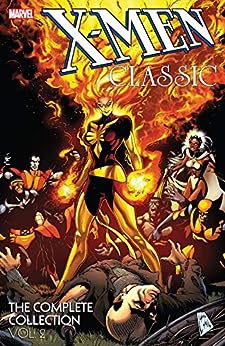 The perfect companion piece to your UNCANNY X-MEN collection! In 1986, Marvel launched CLASSIC X-MEN, a series that reprinted the “All-New, All-Different X-Men” era — with a twist! All-new backup stories fleshed out the 1970s tales and delved deeper into the characters’ lives — and new story pages were even inserted into the reprints, expanding on key moments and sowing the seeds for future storylines! Now, all this newly created material has been collected together — allowing fans to explore the early lives of Cyclops, Phoenix, Wolverine, Colossus, Storm, Nightcrawler, Professor X, Havok, Polaris, Emma Frost, Kitty Pryde, Banshee, Dazzler, Rogue and Mystique like never before! Friendships are forged, losses are mourned and lives are transformed in these rare tales that dance between the raindrops of some of the most revered X-Men comics of all time!
Read more
Previous page
Next page
Read this book on comiXology. Learn more
Kindle e-Readers
Fire Tablets
Free Kindle Reading Apps
Available on these devices 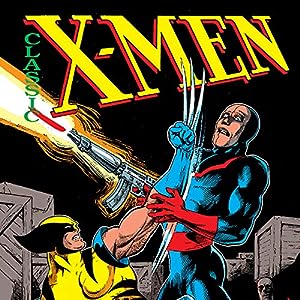 4.4 out of 5 stars
4.4 out of 5
53 global ratings
How are ratings calculated?
To calculate the overall star rating and percentage breakdown by star, we don’t use a simple average. Instead, our system considers things like how recent a review is and if the reviewer bought the item on Amazon. It also analyzes reviews to verify trustworthiness.
Top reviews

Stupid Shopper
2.0 out of 5 stars It's only bonus content- not full stories
Reviewed in the United States on February 7, 2020
Verified Purchase
This is only a collection of the extra content that was added to the original Claremont run, not the whole stories of X-Men classic. If you are only looking for bonus content, get this. If you were looking to read classic Claremont X-Men, you will be disappointed.
Read more
10 people found this helpful
Helpful
Report abuse

bilwit
1.0 out of 5 stars (Kindle) ONLY VIGNETTES, missing like half the issues
Reviewed in the United States on January 18, 2022
Verified Purchase
bizarrely has only the first few issues in full, then only the bonus "vignettes" and not the actual issue
Read more
Helpful
Report abuse

F. Flecha
5.0 out of 5 stars Claremont Cooks
Reviewed in the United States on July 3, 2020
I disagree with previous review. How can reading anything by Chris Claremont
can be disappointing. His early writing was excellent. And he only got better with age. I don't have this book but I have every intention to buy it soon. I do have the first volume though. Loved it. Brought back memories when I would read every issue when it would come out.