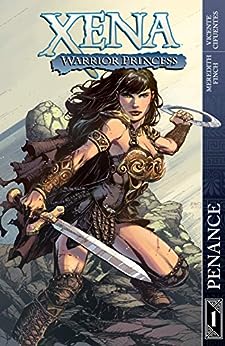 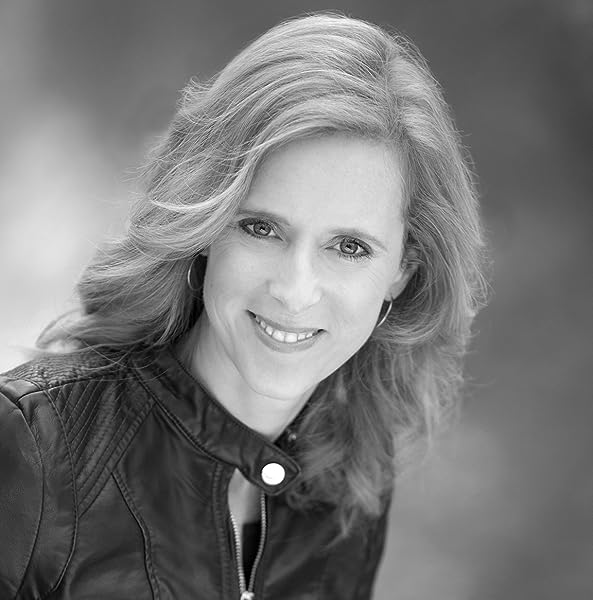 by Meredith Finch (Author), Vicente Cifuentes (Artist) Format: Kindle Edition
Book 1 of 2: Xena: Warrior Princess (2018)
See all formats and editions
Sorry, there was a problem loading this page. Try again.
The path to redemption is never easy, and the journey of a warrior princess seeking to wash the blood of innocents from her hands is no exception. Xena travels to Athens to plead for redemption in the temple of Eleos, but some things can never be forgiven and the shadows of past sins are long. Will Xena find redemption or betrayal waiting for her in the temple of the gods? The power, the passion, the danger... her courage would change the world. Xena: Warrior Princess.
Read more
Previous page
Next page
Kindle e-Readers
Fire Tablets
Free Kindle Reading Apps
Available on these devices 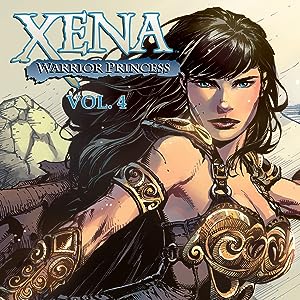 Married to international, best-selling comic artist David Finch and mother to three boys, Meredith has been steeped in the world of comics since meeting her husband in November 2005.

Having written for both Zenescope and DC comics, Meredith began her first foray into creator-owned comics in 2017. Titled Rose, this fantasy series combines her love of mythology with modern issues, and is sure to be a hit with her many fans.

4.5 out of 5 stars
4.5 out of 5
19 global ratings
How are ratings calculated?
To calculate the overall star rating and percentage breakdown by star, we don’t use a simple average. Instead, our system considers things like how recent a review is and if the reviewer bought the item on Amazon. It also analyzes reviews to verify trustworthiness.
Top reviews

Pop Bop
TOP 500 REVIEWER
4.0 out of 5 stars I Got A Kick Out of This
Reviewed in the United States on September 11, 2018
I'm more of a Red Sonya guy, but I was curious to see what Meredith Finch, (from the "Rose" series), had done with the Xena character. This ended up being very sly and entertaining.

The setup is that Xena is on her way to Athens to do penance for her warrior past and to seek redemption from the Goddess Eleos. Along the way to Athens Xena rescues Gabrielle from some brigands and Gabrielle ends up tagging along as Xena's sidekick. As you might imagine, Xena is not well received in Athens, and she runs into people with grievances who don't really care about Xena's attempts to turn over a new leaf. That's about it for plot, although there are some twists and turns in there.

The question is how do we feel about this Xena, what's the deal with Gabrielle, and how do we like the storytelling.

As to Xena, she is the kick butt heroine we all remember, and her attempts to become a "good guy" make her more interesting than just the usual comics heroine. She's smart and "sadder but wiser" and I was impressed by the effort that went into making her a conflicted, decent character.

As to Gabrielle, I know she annoys some people, but she isn't Jar Jar annoying. She can be silly and dopey, but she also has a bit of spine and she's smarter than she pretends to be. So, we get an odd sword and sorcery version of the high school queen bee type who turns out to be a decent sort, and I thought that was an entertaining addition to the Xena world. Both she and Xena do well in terms of banter and deadpan throwaway lines.

As to the storytelling, it's straightforward, fast paced, and perfectly clear, which is how I like my stories. There's nothing deep or complex going on, but this is early Xena, and how much subtext can one expect?

The drawing is effective, crisp and clear. Colors are good, inking is good, and the characters are consistently expressive. There's nothing groundbreaking, but the quality of the work and vision is consistently high.

So, as I say, I got a kick out of this and found it very entertaining. A nice effort. (Please note that I received a free advance will-self-destruct-in-x-days Adobe Digital copy of this book without a review requirement, or any influence regarding review content should I choose to post a review. Apart from that I have no connection at all to either the author or the publisher of this book.)
Read more
7 people found this helpful
Helpful
Report abuse

Wayne A McCoy
3.0 out of 5 stars A good story and really good art
Reviewed in the United States on September 25, 2021
'Xena: Penance' by Meredith Finch with art by Vicente Cifuentes is a graphic novel based on the hit television show.

In short, this is the story (or a story) of when Xena met Gabrielle. In this version, Gabrielle is a country girl travelling to the big city of Athens when she gets harassed by some soldiers. Xena steps in to help and then it's reciprocated back. A familiar villain of the show makes an appearance.

There is a version of Xena here that I wished had been explored just a bit more: the world-weary mercenary who now wants peace and forgiveness. Maybe that gets touched on more in the next volume. The art is really very good and I enjoyed reading it for the art more than the story.

I received a review copy of this graphic novel from Diamond Book Distributors, Dynamite Entertainment, and NetGalley in exchange for an honest review. Thank you for allowing me to review this graphic novel.
Read more
Helpful
Report abuse

Ruthsic
3.0 out of 5 stars it was okay
Reviewed in the United States on November 29, 2018
This story was pretty straightforward – Xena, on the way to Athens, saves Gabrielle and the two of them travel together, while Xena has an enemy lying in wait for her. This enemy has arisen from Xena’s warlord past; now reformed she feels guilty over her actions, and is trying to do better. The villain and the action is predictable, to be honest, which is what disappointed me in this story. The artwork is decent, but I have issue with character and costume design. How, in the year of our lord 2018, are we still drawing female warriors in unrealistic clothing? Granted, this is fantasy, but then tell me how the magic of high heeled boots for fighting in Ancient Greece came about? Overall, perhaps this would appeal to Xena fans, as nostalgia, but as a newbie, you would probably get bored pretty fast.
Read more
One person found this helpful
Helpful
Report abuse

Karen
4.0 out of 5 stars Great comic! Hard not to love anything with Xena and Gabrielle in it.
Reviewed in the United States on October 21, 2018
Great comic! Lovely trip down memory lane in which the reader gets to reconnect with the best Warrior Princess of them all, Xena, and her ever so chatty and perky sidekick, Gabrielle.

The stories were short, but entertaining and stayed true to the spirit of the original tv-series, which I loved. I would have hated it if the author had tampered too much with these fan-favorite characters. Xena and Gabrielle especially were wonderfully drawn and their "voices" were spot on as well! I swear I could almost hear Lucy Lawless and Reneé O'Connor bickering in my ear while I was reading.

Gabrielle is a wonderful character. She's resourceful, maybe a tad too impulsive, doesn't know when to shut up and has a really big heart. She makes the perfect companion for a strong-willed, aloof and tortured heroine like Xena, who is so desperately looking for ways to make amends for her violent past.

I was just a teensy little bit disappointed by the way Callisto was depicted, because I remember her as being really pretty and charismatic in the series, even while being evil and hell-bent on revenge, and that is not entirely how she appears here.
Read more
Helpful
Report abuse

Kristine Fisher
3.0 out of 5 stars Xena: Penance
Reviewed in the United States on November 7, 2018
Xena: Penance by Meredith Finch is a free NetGalley e-comicbook that I read in early September.

Xena meets up with her sidekick Gabrielle, while coming to terms with battles lost and people that she might’ve let down, then is kidnapped and taken aboard Callisto’s ship of criminals. The use of bold medieval font is a little irritating and the drawing style reminds me a lot of the photorealistic face rendering seen from Greg Land (cheeky, coquetteish, pulled expressions that differ from panel to panel) against a warm, nature-based palette with visions of red whenever Xena appears.
Read more
Helpful
Report abuse
See all reviews