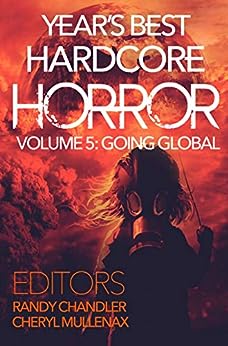 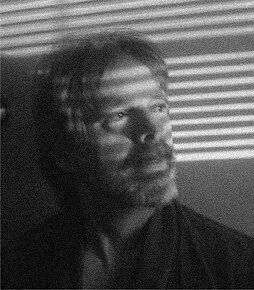 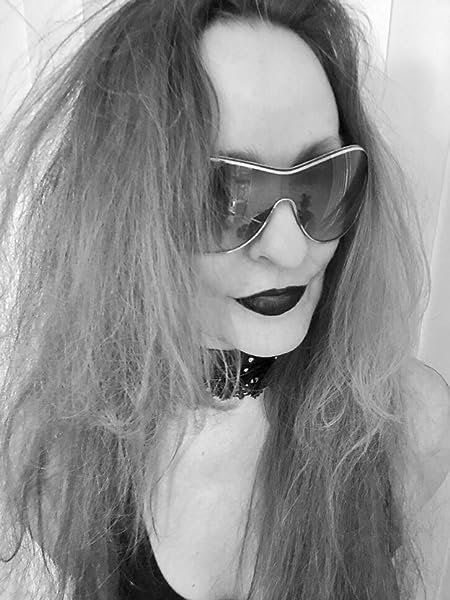 2019. The year certainly made its mark on the world—and more than its share of scars. It also made for a bounty of good horror stories of the extreme kind, the best of which the tales herein serve to illustrate.

2019 was the year Year's Best Hardcore Horror went global. Not by design but because the stories inside just happened to have been written by authors hailing from various parts of the globe. From Australia by way of South Africa, to Italy, Scotland, Norway, Taiwan, North America and India--the common denominator being that their tales come from darkest regions of imagination.

GOING GLOBAL: INTRODUCTION by Randy Chandler & Cheryl Mullenax
FEAST FOR SMALL PIECES by Hailey Piper
GODDESS OF GALLOWS by Kristopher Triana
LATE NIGHT INCIDENT AT THE WHITE TRASH MOTEL by Duane Bradley
A NEW MOTHER’S GUIDE TO RAISING AN ABOMINATION by Gwendolyn Kiste
UPPER CRUST by Michael Paul Gonzalez
REDLESS by Annie Neugebauer
A TOUCH OF MADNESS by Tim Waggoner
PARADISUM VOLUPTATIS by Joanna Koch
RADIX MALORUM by Sean Patrick Hazlett
LACKERS by Leo X. Roberson
WHY DO BIRDS SUDDENLY APPEAR? by Rajiv Moté
DARJEELING by Syon Das
MRSA ME by Alicia Hilton
WHAT DID YOU DO TO THE CHILDREN? by David L Tamarin
HAVE A HEART by Matthew V. Brockmeyer
SWINGS AND SUSPENSIONS by D.A. Xiaolin Spires
KIRTI by Alessandro Manzetti
THE TEA AND SUGAR TRAIN by DEBORAH SHELDON
SCREAMS FOR STARGIRL by Ben Pienaar
QUEER WEATHER by Scáth Beorh
Read more
Previous page
Next page
Next 2 for you in this series See full series
Total Price: $11.98
Books In This Series (6 Books)
Complete Series
Year's Best Hardcore Horror
Kindle Edition
Page 1 of 1Start OverPage 1 of 1
Previous page
Next page

G C
5.0 out of 5 stars GOOD READ!
Reviewed in the United States on May 30, 2020
I really enjoyed it. The narration was good and kept me entertained. These authors did a great job with the characters and their stories. I have read all the books in this series and enjoyed them all. I was given a free review copy audiobook at my request and have voluntarily left this review.
Read more
One person found this helpful
Helpful
Report abuse
See all reviews