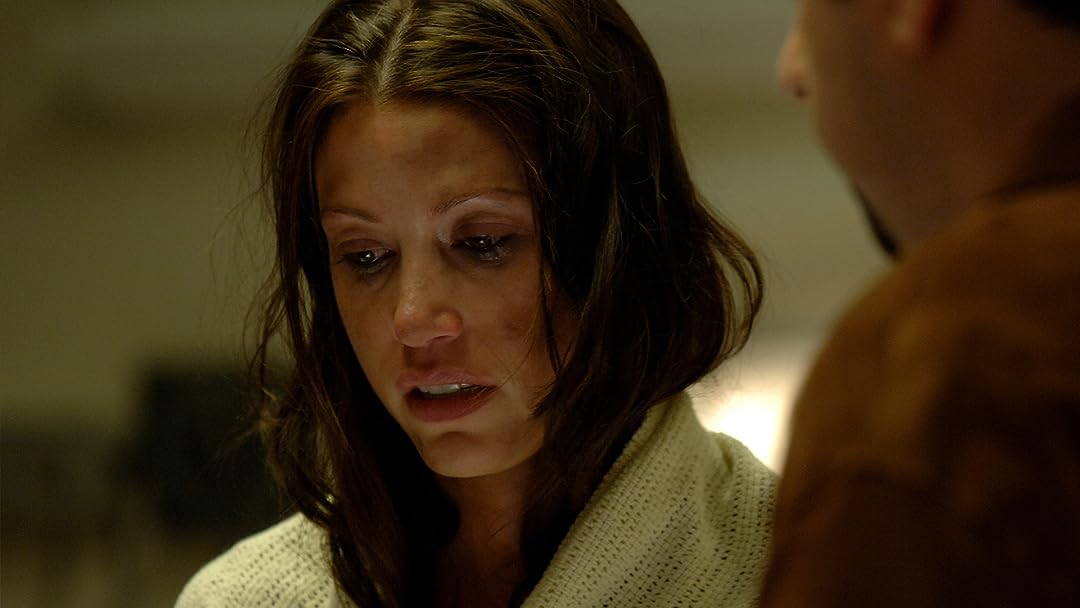 You Belong to Me

(55)
4.01 h 28 min200816+
After a messy divorce and moving on from her abusive ex-husband who was just released from prison, Alexandra Wyatt isn't interested in the advances of her colleague, Michael. But when Michael's interest takes a morbid turn and someone ends up dead, Alex becomes trapped in a supernatural struggle to save her five year old son from a scorned (and deceased) suitor.

Geoffrey F. ArnoldReviewed in the United States on June 4, 2021
1.0 out of 5 stars
It had such promise...
Verified purchase
...but turned a corner and literally fell off the cliff.

As the film unfolded, we thought it was going to be pretty good. It had a good start, a good premise...yes, stalkersville...but we had hope, we really did.

And then...it just...literally went over the cliff.

Let me explain. Girl is stalked by co worker who is obsessed with her. We see early on he has a thing for her, and he really lets her know.

She gets it, but when he tries to apologise, she foolishly accepts a ride from him, and he drives to a cliff where we later learn his sister died. His obsession is such that if he can't have her, he will make her die with him. Well, she manages to avoid going over the cliff, but he plunges to his death.

Okay, that's usually where things wrap up. But, no...this film decides to turn into a metaphysical ghost story, and that's where it went over the cliff into the "you've got to be kidding" territory.

We get it, they wanted to do something different with the stalker story idea. Well, o...kay... This wasn't it.

The dead stalker comes back for her to take her with him into death. He is so obsessed that death can't keep him from her. o...kay...

So she consults a psychic, who gets scared of him, but still gives her the solution to her "problem".

And of course, she pulls it off and saves her life, and lives happily ever after.

Except that the way this story turned the corner into a ghost story just didn't work. At all. As in, ruined the film.

And while the foul language was almost nonexistent, which we liked, the sex scenes were mild, but rather silly, and the acting was fairly good, sort of...we still couldn't in good conscience give this any worthwhile rating because they ruined the story by doing the ghost thing in too silly a fashion. It just didn't work. Suspension of disbelief was just not possible after the ghost element was introduced.

RoseReviewed in the United States on March 5, 2021
3.0 out of 5 stars
Who is this Barbara Stanwyck in these other reviews?
Verified purchase
I read the other reviews after I watched the movie, and almost all of them were commenting on Barbara Stanwyck, who I don't even think appeared in this movie. THIS movie is "You Belong to Me". The main actress IN THIS MOVIE is Shannon Elizabeth. And, I like Shannon Elizabeth, but...

I can't really vibe with this stalker ghost stuff. I like my abusers to be the real-man variety, not someone who has the capabilities to even plague a woman beyond the grave! I think I wanted to see a movie that dealt less supernaturally with the subjects of stalking and harassment.

And, Christian Campbell, who plays the ghost-stalker, still looks like his teenage self from his movie "Trick", in which he played a gay man in search of sex. His useful right cheek dimple still makes him look like a little boy, and just as endearing, and he still seems to be better typecast as gay. It really wasn't until he played the angry ghost that I could even take his stalking seriously at all. I like Christian, and stalkers definitely come in many forms (except ghost form), but his prettiness challenges Shannon's, and he may not be the most believable in this role. He plays gay a lot better than this!
2 people found this helpful

Gamer123Reviewed in the United States on August 25, 2021
3.0 out of 5 stars
Something to pass the time
Verified purchase
This movie is like a lot of these small time movies that Amazon has, a Thriller, a man obsessed with a woman, stalks her, etc. It gets boring in the middle of the movie though and is no doubt a B movie. Not terrible, not bad, just so so. Just something to pass the time - barely.

Nancy636Reviewed in the United States on August 10, 2021
1.0 out of 5 stars
SOOO bad
Verified purchase
Had to give it a star, deserved 0. Bad writing and worse acting. The acting was embarrassingly bad. I did fast-forward parts while watching this, looking for some redeeming quality. There were none. Don't recommend it. That ending.... even worse

Glama PussReviewed in the United States on August 4, 2021
3.0 out of 5 stars
Thoroughly enjoyed this...
Verified purchase
Ok so it is hardly a classic but I loved the characters, the buildup and ofc the ending. I love movies with psychic elements to them. Recommend!!

A. JohnsonReviewed in the United States on January 20, 2022
2.0 out of 5 stars
Was good until....
Verified purchase
It was good up until they tried to turn it into a ghost story. Epic Failure from there

TChristineReviewed in the United States on April 12, 2022
2.0 out of 5 stars
Uggh...I should have stopped watching
Verified purchase
The acting was poor, it was slow, slow, slow and the plot was predictable.

PanthroReviewed in the United States on July 4, 2021
1.0 out of 5 stars
Would recommend to my friends as a prank.
Verified purchase
Spoiler Alert
I cannot believe that I was suckered in by the 4 star review. This movie was two horrible movies wrapped into one. Starts off like a typical lifetime movie with horrible, and a mistreated woman lead. Then it rolls into a completely nonsensical ghost story.
See all reviews
Back to top
Get to Know Us
Make Money with Us
Amazon Payment Products
Let Us Help You
EnglishChoose a language for shopping. United StatesChoose a country/region for shopping.
© 1996-2022, Amazon.com, Inc. or its affiliates