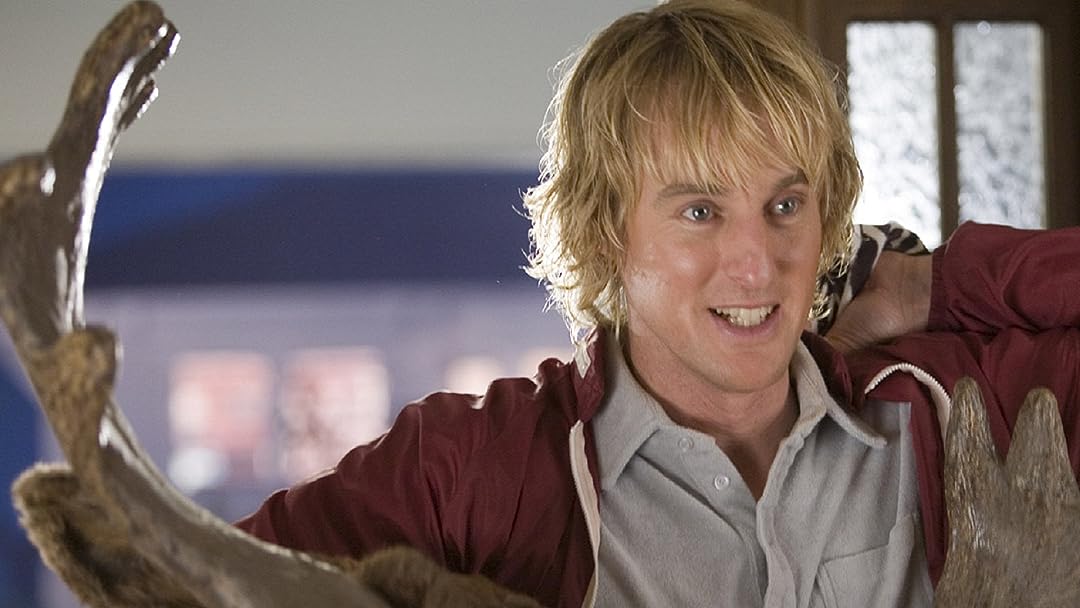 You, Me and Dupree

joel wingReviewed in the United States on June 20, 2021
3.0 out of 5 stars
Owen Wilson walks away with the film playing a good hearted manchild
Verified purchase
Matt Dillon is split between his new married life with Kate Hudson and his old bachelor days when his friend Owen Wilson falls on hard times and moves in with them. The formula is that Wilson starts something innocent like asking all of Dillon’s friends over to watch a college football game on TV but then goes overboard when he hires some strippers as well. This then leads to further problems in Dillon’s life. Wilson really is the star of the film. He does great in his role as a manchild but he also has a heart which comes out in the 2nd half of the movie.
One person found this helpful

A. CoombsReviewed in the United States on September 19, 2021
1.0 out of 5 stars
Strippers - rating not accurate
Verified purchase
It is really ugky to be sexually harassed at work and then bullied just for speaking out against sexist jokes about strippers. Then I come home and try to watch a movie, and this so called 'chick flick' on Amazon also stoops to this TOTALLY NOT FUNNY level with a stripper scene that adds NOTHING. This movie is really out dated. The actors seemed really aged--more so than I remember. The script could also use a younger voice given the audience appeal. Amazon got the rating and description wrong--this is not something that you can watch with friends or family. I was willing to laugh along at the battle of the sexes, but the sex industry is never funny, especially 'drop off paid services' style. When you put a bunch of sex addicts and crack heads in a Hollywood studio (for maybe a day based on the bad production value?), we get yet another bad Michael Douglas movie. This is not worth your time.
One person found this helpful

mswoonReviewed in the United States on August 27, 2021
1.0 out of 5 stars
Very belabored storyline
Verified purchase
Why wouldn’t he discussed hyphenation of his name and vasectomy with his wife? Not only did Dupree create a mesh in the toilet, created a mayhem with the neighborhood kids, he almost burned down the living room. Then after all that he gets off in the living room? This is not like Sheldon and Leonard in Big Bang Theory. And how did it draw upon Molly to ask her father if he wanted her marriage to work? She is a saint! And what right does he have to give permission for the neighborhood kids to miss school? What if anyone got into an accident looking for Carl?
One person found this helpful

LauraReviewed in the United States on September 2, 2021
2.0 out of 5 stars
So disappointing.
Verified purchase
I'm a huge Kate Hudson and Owen Wilson fan....but this was not good for them. The whole movie goes downhill and you feel helpless for Matt Dillon's character. Owen Wilson is usually casted as a free-spirit, but this just makes him look like a loser and idiot. I couldn't wait to turn this off. It works out in the end, but I just don't think we needed this movie.
2 people found this helpful

DeniseReviewed in the United States on November 12, 2020
3.0 out of 5 stars
Give Him Better Roles!
Verified purchase
Owen is so entertaining. They like to cast him in adolescent womanizing roles, and I think he has so much more going for him as an actor. He should be in more movies like "Midnight in Paris." Just my opinion. I guess I'm feeling cheated because I want more from him. "Dupree" is entertaining at a certain level and an okay evening escape. It can't hurt to check it out, right?
2 people found this helpful

N. H.Reviewed in the United States on November 27, 2012
5.0 out of 5 stars
Good movie
Verified purchase
I would actually rate this movie 4/5 but it has so many negative reviews I put 5/5 to try and even it out.

I'm pretty astounded at the horrible reviews for this film. I quite enjoyed it. Nothing is inherently wrong with it. Of course this is not a profound deep movie, and that okay because it's not trying to be that. This is just a great movie to watch if you want to laugh and feel good.

I think all the people that give this movie a bad review are just people that can't enjoy life as it is. I really don't see how this movie can garner ONE star. COME ON! There are SOOOO many more movies out there that actually deserve one star, and this movie is NOT one of them.

If you like Owen Wilson, having a laugh, and feeling good then this movie is perfect for you.

Yasmin AttarReviewed in the United States on January 21, 2014
4.0 out of 5 stars
Loved This Film It Is Quite Meaningful
Verified purchase
If you can get past the crudeness, You Me and Dupree is an enjoyable movie. This film has the ingredients to set it apart from the others: good story, great cast, well directed. At first I was not interested in seeing it because the previews made it appear silly, but when I watched it on TV I was quite impressed. If you are an Owen Wilson fan, this is definitely the film to watch. Not to mention Matt Dillon and Kate Hudson. They were all great and had wonderful chemistry. Also Michael Douglas, he really added to the film. The story was meaningful because it was about relationships and what people want out of them and their lives. The character played by Kate Hudson had to decide what kind of a marriage she wanted - a husband that is a stressed-out couch potato work-a-holic, or one that is truly there for her. I could relate to the Owen Wilson (Dupree) character and his desire to be true to himself. He proved to be a good friend and ultimately was the catalyst ... well, I don't want to give it all away; watch it and decide for yourself. Lots of fun and enjoyment. I wish it could be bottled and sold for every romantic comedy. Y Attar.
One person found this helpful

ThePinkPandaReviewed in the United States on June 5, 2016
2.0 out of 5 stars
Not Owen's greatest...Wedding Crashers is Way Better
Verified purchase
Not the best of the Owen Wilson films : / kind of disappointed with this one. Glad it was only $4 so I don't feel like I blew a ton of money on a wasted item. Most of the funny parts they had of course already shown in the previews. The other funny parts weren't as funny (they were like America's Funniest Home Videos, where someone gets hurt, so people think it's funny. I found the movie to be sad. The part where the neighbor kept stealing his porn was comical but other than that, it was just kind of stupid. I definitely prefer Wedding Crashers!
One person found this helpful
See all reviews
Back to top
Get to Know Us
Make Money with Us
Amazon Payment Products
Let Us Help You
EnglishChoose a language for shopping. United StatesChoose a country/region for shopping.
© 1996-2022, Amazon.com, Inc. or its affiliates