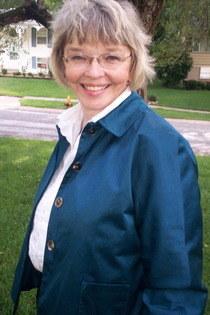 "Turkey Trouble" by Wendi Silvano
Turkey is in trouble. Bad trouble. The kind of trouble where it's almost Thanksgiving...and you're the main course. | Learn more
click to open popover

Ages 6^-9. This brief picture book traces the life of America's sixteenth president, from his Kentucky log-cabin origins through his early manhood in New Salem, Illinois. Harness describes Lincoln's early passion for school, his family's moves through three midwestern states, and the sadness surrounding the deaths of his mother (1818) and sister (1828). She also recounts Lincoln's early experiences as a boatman, postmaster, storekeeper, land surveyor, soldier, and wrestler. At the end of the book, Lincoln leaves New Salem for Springfield, Illinois, after finally finding his niche in law and politics. Full-color illustrations capture the spirit of life on the American frontier and include details that will fascinate young listeners. Several paintings include maps with captions highlighting events from the times that should help to clarify the Lincoln chronology. A good choice for primary-classroom read-alouds; a dust-jacket note indicates that a sequel is planned. Kay Weisman

A folksy, genial biography, subtitled ``The Frontier Days, 18091837,'' this is an accessible if bland work. From his log-cabin birth and hardscrabble boyhood to his emergence as a politician, Abraham Lincoln is portrayed as a frontier Everyman, with ``shirttail a'flappin' '' and a love of learning. Not cut out for farming (though from an early age he ``swung his axe alongside the big boys''), sad-eyed Abe ``wanted to work with his mind.'' He contemplates ``the restless river of ideas'' as a flatboatman, joins a debating society, gets elected to the Illinois General Assembly, and sets out to be a lawyer in the new state capital. Harness (Papa's Christmas Gift, 1995, etc.) provides highly detailed, occasionally stiff illustrations, along with maps that reflect the land divisions of the times. Harness will cover more of Abe's life in a future book. (bibliography) (Picture book/biography. 5-10) -- Copyright ©1996, Kirkus Associates, LP. All rights reserved.

Cheryl Harness is the author and/or illustrator of some 35 children’s books, including seven picture book biographies for National Geographic. She has a natural talent for making history fun for kids, injecting the "wow" factor into the lives of America’s historical heroes and heroines. She has won multiple awards and now lives in her historic hometown of Independence, MO. Visit Cheryl Harness at her Web site: www.cherylharness.com.
Read more

4.7 out of 5 stars
4.7 out of 5
24 global ratings
How are ratings calculated?
To calculate the overall star rating and percentage breakdown by star, we don’t use a simple average. Instead, our system considers things like how recent a review is and if the reviewer bought the item on Amazon. It also analyzes reviews to verify trustworthiness.
Top reviews

Orange Azalea
5.0 out of 5 stars Great Lincoln biography
Reviewed in the United States on August 31, 2018
Verified Purchase
Bought this book along with the sequel for my 4th grader as an alternative to the biography by the D'Aulaires. This book didn't disappoint. The writing is engaging and makes it difficult to put down. This short book tells the life of Lincoln in such an interesting way. Great alternative to boring textbook. Additionally the illustrations are beautiful and have interesting detail. Both my 4th grader and I enjoyed reading this book.
Read more
One person found this helpful
Helpful
Comment Report abuse

JPants
5.0 out of 5 stars Surprisingly Educational for all ages
Reviewed in the United States on July 2, 2015
Verified Purchase
I bought this book for my daughter so she could learn a little about Abe Lincoln. She learned a lot of stuff I didn't know and did well on a book report she ended up writing on it as well.
Read more
One person found this helpful
Helpful
Comment Report abuse

Kirstin Lee
5.0 out of 5 stars Good book for kids
Reviewed in the United States on February 1, 2017
Verified Purchase
My 8 year old had to read this series for school. Informative and great illustrations, the writing in old time talk was a little hard for him to get into at first.
Read more
Helpful
Comment Report abuse

Me
5.0 out of 5 stars Great for 9 through11 year olds
Reviewed in the United States on June 1, 2014
Verified Purchase
Great story for 4-5 grade students. Gives detailed and interesting info on the president. Students learned much from this book.
Read more
One person found this helpful
Helpful
Comment Report abuse

Pedro Bernal
5.0 out of 5 stars Great Buy and Reliable Seller
Reviewed in the United States on December 4, 2015
Verified Purchase
Great book, very informative. Book was in excellent condition as described in listing, and arrived before expected delivery date. Would definitely buy from this seller again! Thanks
Read more
Helpful
Comment Report abuse

Page 1 of 1 Start overPage 1 of 1
This shopping feature will continue to load items when the Enter key is pressed. In order to navigate out of this carousel please use your heading shortcut key to navigate to the next or previous heading.
Back
Next
Pages with related products. See and discover other items: abraham lincoln for kids, abraham lincoln, president lincoln, presidents for kids