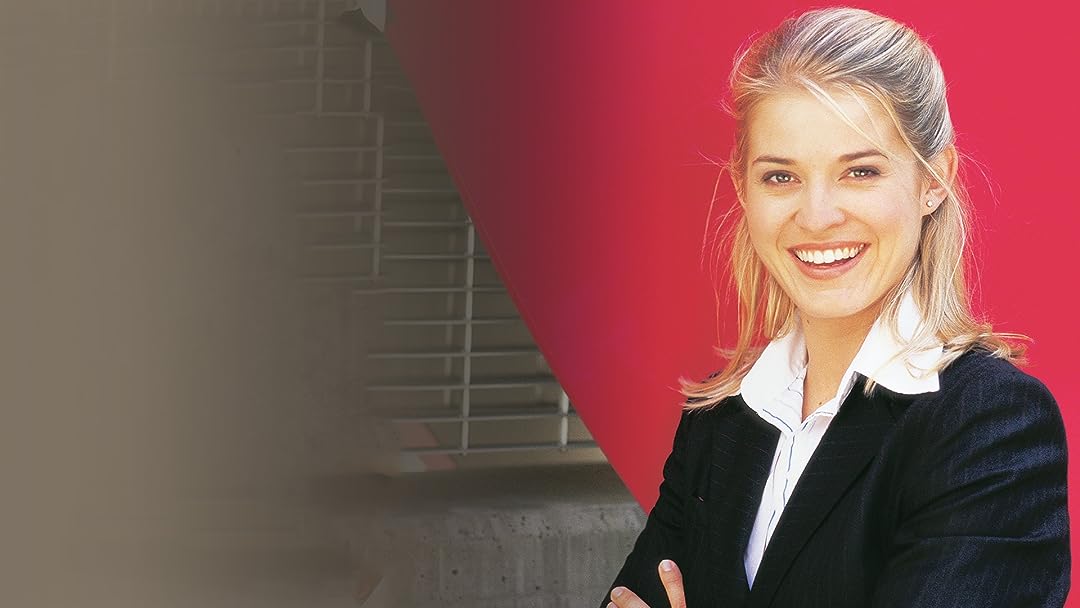 Seattle shopperReviewed in the United States on July 10, 2020
2.0 out of 5 stars
BIG DISAPPOINTMENT.
Plots were incredibly hard to follow.....all over the place and absolutely far fetched. The introduction of two new partners (Who used to be Internal Affairs Officers) was a set up for constant bickering and fighting. By episode 2 we couldn't even figure out who was being investigated and why? Usually these Aussie series are first rate.....but if you enjoy watching young, beautiful characters talk to themselves and pretend they are seasoned veterans then you might like this (if you ever figure out what is going on).
16 people found this helpful

C. GrayReviewed in the United States on June 30, 2020
5.0 out of 5 stars
Excellent acting albeit very annoying music
Young Lions is not as believable as Water Rats or Rush, but it's quite watchable. The actors do a great job and the scripts aren't bad. The score on the other hand, is extremely intrusive and obnoxious. There were many episodes where I wished I could eliminate the music completely to concentrate on the dialogue and the action. One of the worst scores I have ever encountered in film.
14 people found this helpful

LDReviewed in the United States on November 7, 2020
2.0 out of 5 stars
Disjointed, maudlin and difficult to hear
There are plenty of better Australian police shows out there.

The biggest problem with the series is that it isn't quite sure what it wants to be. Is it a gritty crime show, a slice-of-life ensemble police story, a police action/thriller, or semi-soap opera taking place in a police station? It's meant to be an ensemble piece, I think, but starts off by focusing on two of the characters, making it look like they're the two leads but then it shoehorns in two more in the second episode. The new characters start off as antagonists that would obviously go away once the plot point was resolved, but ultimately get forced to join the local precinct. It was probably intended to bring in the full cast slowly to build up the group, but it felt more like the writers realized the first two characters didn't have any chemistry so new characters got being jammed in.

Donna, the first character, starts off as a kick-butt/foolhardy rural cop but quickly devolves into a bland non-entity once she goes to the big city and gets a male partner. Mercia, the partner, quickly gets all the focus. He's a royal mess because he's several tropes stuck together - the hot headed cop who's bleakly introspective with a dying former partner and a lawyer love interest whose cases just happen to be connected to him and is a lapsed Catholic(?) who's shaken so badly he rediscovers his religious roots. I'm shocked he wasn't avenging the death of someone close to him that was two days from retirement, on top of it all. The two new characters are a smug team of Internal Affairs detectives who somehow get re-assigned to the station they just investigated and arrested two crooked cops. After all, how could that ever go wrong? (Is it even possible for IA to get assigned back to regular duty without warning, let alone at the request of the commander whose men were just arrested and jailed for blackmail and rape?)

In addition, the sound is seriously out of whack. The music levels are way too high, especially when the characters are talking, so I can either use close captioning, turn the volume up to hear the actors so that my ears are bleeding, or keep the volume at a normal level and miss at least half the dialog. Considering the writing, missing the dialog isn't that so bad an option.

Linda WordenReviewed in the United States on January 2, 2021
5.0 out of 5 stars
Love the Aussi accents.
Some nudity and violent scenes but nowhere close to the trash in American crime series. Know why? It is because the episodes are good enough to stand on their own.

On a sad note Tom Long who played Guido Martin passed away in 2020 at 51 years of age.
8 people found this helpful

Gary OwenReviewed in the United States on September 2, 2020
4.0 out of 5 stars
Some flaws but an enjoyable show.
Several episodes have very obtuse plots and the hand held camera and constant zooming in and out is annoying and so 90's. But the characters are good and most of the stories are fun variations on frequent cop show themes. Maybe I am a sucker for all things Australian, or maybe running out of good action crime suspense mysteries on Amazon and Netflix but it is an overall very enjoyable distraction from reality and the pandemic.
7 people found this helpful

Jeannie AndersonReviewed in the United States on September 2, 2020
4.0 out of 5 stars
I liked this show
I wasn't sure about this show at first, but I like the actors Alexandra Davies and John Waters. I'm glad I stuck with it. I like the backstories of each character and following their growth through the series. There were a few scenes where it did get a bit slow, but that's to be expected with police detective series.
6 people found this helpful

Carole BeasleyReviewed in the United States on December 4, 2020
5.0 out of 5 stars
All over the place I think not
I guess A lot of you are not used to reading books. Reading books they go all over the place one chapters 1 to find one chapter of the other if you’re having trouble following the shower why don’t you use close caption I have actually happen to like the show very much I watched all of it I would like to see them do it again
4 people found this helpful

BobWReviewed in the United States on August 29, 2020
2.0 out of 5 stars
Camera work disconcerting, sound issues at times, so-so plots
The first story and the part of the second I watched were a bit jumping around in plot, but not too bad. The sound had some issues at times, I had to listen much too hard at times to understand through background noise or super-fast dialect of some of the street kids. But the thing that really made me stop watching was the camera work. The focus jumps around ALL the time, bouncing from head to head, super-closeups, and during any kind of action its bouncing up and down like the cameraman never heard of gimbals and stabilizers. I don't get motion sick, but to me it was not good, and just plain felt like amateur hour.
4 people found this helpful
See all reviews
Back to top
Get to Know Us
Make Money with Us
Amazon Payment Products
Let Us Help You
EnglishChoose a language for shopping. United StatesChoose a country/region for shopping.
© 1996-2022, Amazon.com, Inc. or its affiliates