Young Radicals: In the War for American Ideals and millions of other books are available for Amazon Kindle. Learn more
Share <Embed>
Have one to sell?
Sell on Amazon 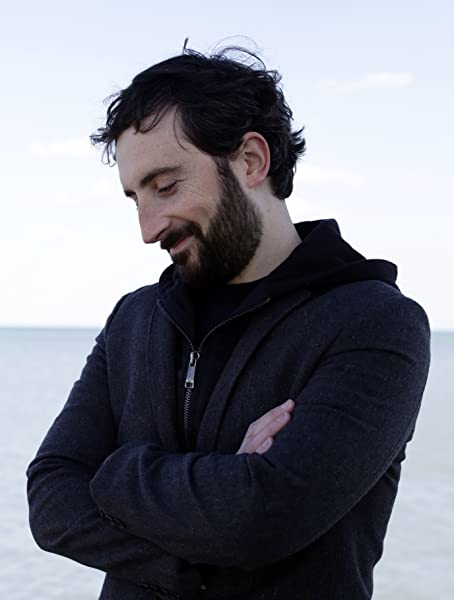 by Jeremy McCarter (Author, Reader)
3.8 out of 5 stars 34 ratings
See all formats and editions
Sorry, there was a problem loading this page. Try again.

From the coauthor of the New York Times best seller Hamilton: The Revolution, the stunning story of five American radicals fighting for their ideals as the country goes mad around them.

Where do we find our ideals? What does it mean to live for them - and to risk dying for them? For Americans during World War I, these weren't abstract questions. Young Radicals tells the story of five activists, intellectuals, and troublemakers who agitated for freedom and equality in the hopeful years before the war, then fought to defend those values in a country pitching into violence and chaos.

Based on six years of extensive archival research, Jeremy McCarter's dramatic narrative brings to life the exploits of Randolph Bourne, the bold social critic who strove for a dream of America that was decades ahead of its time; Max Eastman, the charismatic poet-propagandist of Greenwich Village, whose magazine The Masses fought the government for the right to oppose the war; Walter Lippmann, a boy wonder of socialism who forged a new path to seize new opportunities; Alice Paul, a suffragist leader who risked everything to win women the right to vote; and John Reed, the swashbuckling journalist and impresario who was an eyewitness to - and a key player in - the Russian Revolution.

Each of these figures sensed a moment of unprecedented promise for American life - politically, socially, culturally - and struggled to bring it about, only to see a cataclysmic war and reactionary fervor sweep it away. A century later, we are still fighting for the ideals these five championed: peace, women's rights, economic equality, freedom of speech - all aspects of a vibrant American democracy. The story of their struggles brings new light and fresh inspiration to our own.

Page 1 of 1 Start overPage 1 of 1
Previous page
Next page
Start reading Young Radicals: In the War for American Ideals on your Kindle in under a minute.

Jeremy McCarter is the author of YOUNG RADICALS, the story of idealistic Americans fighting for their ideals in the WWI years, and the co-author of the #1 New York Times bestseller HAMILTON: THE REVOLUTION with Lin-Manuel Miranda. He wrote about culture and politics for New York Magazine, Newsweek, and The New York Times, and spent five years on the artistic staff of the Public Theater in New York. He studied history at Harvard and lives in Chicago.

Reader
2.0 out of 5 stars Disappointing
Reviewed in the United States on August 14, 2017
Verified Purchase
This book should have included photos of the individuals profiled especially since some of them are not as well known as they should be. The book seemed rushed to me - a magazine article that was turned into a book. Informative but the writing seemed dull. I have read many books about this period in our American history and this book was a disappointment. I could not finish it - it became boring. The underlying subject matter should have made the book thrilling instead.
Read more
2 people found this helpful
Helpful
Report abuse

V. Crisafulli
5.0 out of 5 stars more history they didn't have time to cover in 10th grade
Reviewed in the United States on August 13, 2018
Verified Purchase
Really another book for people who want more details about history. This specifically focuses on reformers with similar goals and mindsets to today's reformers. It also gives some insights into the Wilson Administration.
Read more
One person found this helpful
Helpful
Report abuse

Mike Koetting
5.0 out of 5 stars A good reminder. Strongly recomment
Reviewed in the United States on January 31, 2018
Verified Purchase
I had never paid any attention to this period of American history. Of the five people he profiled, I had only heard of three...and one of them only vaguely. There were many parallels to our own time (noted by the author) but also it was interesting in its own right. If I had to pick one thing, I would comment that I hadn't realized how truly ugly the battle for women's suffrage was. A good reminder. Strongly recomment.
Read more
Helpful
Report abuse

Thomas A. Regelski
5.0 out of 5 stars Five Stars
Reviewed in the United Kingdom on August 9, 2017
Verified Purchase
An interesting and well-written account of a period in US history that is too often ignored.
Read more
Report abuse
See all reviews