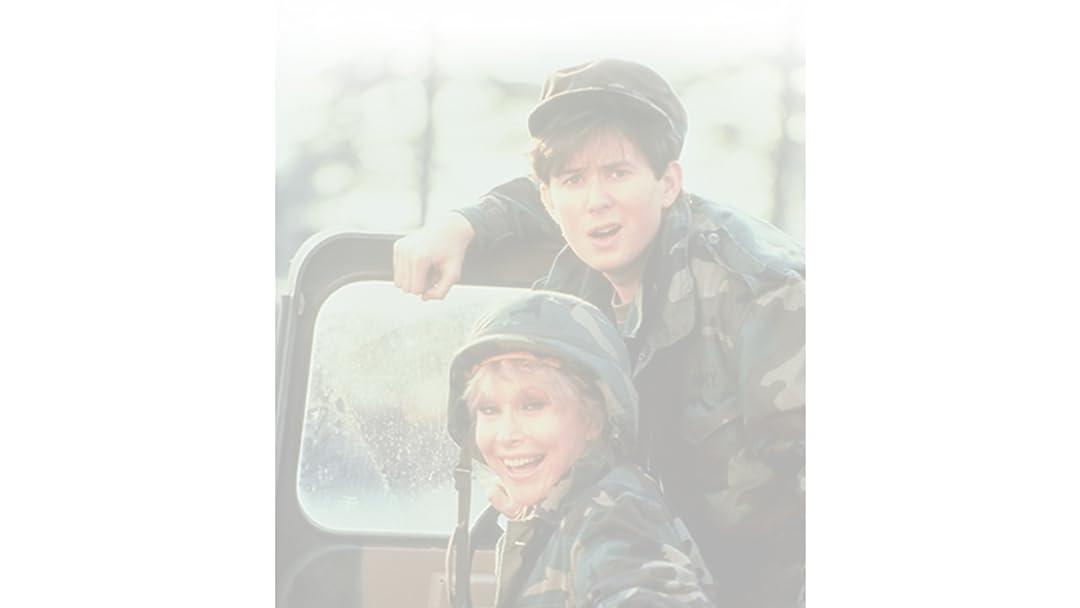 (60)
5.21 h 32 min19897+
When her son quits college to pursue his dream of becoming an Army Ranger, the only way his mom can stop him is to enlist herself. They strike a deal: if she can complete basic training, then he will forgo his dream and return to college. Inevitable conflicts ensue as Brenda attempts to preserve her manicure against the best efforts of her drill sergeant.

RoseReviewed in the United States on September 7, 2016
5.0 out of 5 stars
Instant Classic
Verified purchase
Brenda Andersen (Barbara Eden) is an overprotective single mother from Iowa, who does not want her 18-year-old son Jimmy (David Kaufman) to follow in the footsteps of her late husband (who died in a parachute accident in Vietnam) by becoming an Airborne paratrooper in the US Army. Instead she sends him off to college, and then moves to Alaska to take up a new job. But once she moves, Jimmy leaves college and enlists in the army. He initially keeps this a secret, and only tells her after he's completed basic training and is about to begin Airborne parachute training at Fort Benning, Georgia.

Brenda drives down to Georgia in an attempt to stop him, but when she arrives Jimmy has already entered Fort Benning. So she assumes the identity of an AWOL Airborne trainee named Susan Zimmel in order to enter the base and try to persuade Jimmy to leave. When Jimmy refuses to quit, she makes a deal with him – if she can make it through the Airborne training course herself, then he will not do the parachute jump at the end of the course, and will leave the army and return to college.

Brenda struggles to adjust to the strict military regimen and make it through the tough and physically demanding Airborne training course. Her fear of heights also causes her difficulties. This leads to a number of comic incidents, though her drill instructor, Sgt. Burke (Héctor Elizondo), fails to see the funny side. But with a little help from other trainees in her squad, Brenda perseveres, determined to get Jimmy to leave the army.

In the end, however, the experience leads Brenda to realize that Jimmy needs to complete the training in order to develop a closer bond with his late father, and gives him her blessing to complete the final qualifying parachute jump. She then conquers her fear of heights and also makes the jump herself.

This movie is hard to find, but is available on DVD.

Amazon CustomerReviewed in the United States on February 4, 2019
4.0 out of 5 stars
Pretty Good.
Verified purchase
I was an extra in this movie . I was in basic training infantry school at the time. Drill Sgts. loaded us on buses not telling us what we were doing that day, and we got the day off .We just sat on the bleachers in the back round and did some marching scenes. A much needed day of rest. 30 years later and this is the first time I have seen the movie. Always tried to find it in video stores but never any luck.

StarfleetguyReviewed in the United States on March 18, 2021
5.0 out of 5 stars
Great
Verified purchase
Great

Lara E. BeeReviewed in the United States on February 25, 2008
5.0 out of 5 stars
Great movie
Verified purchase
I saw this movie a long time ago and really enjoyed it. Then, when I saw it was finally available on DVD, I grabbed it. When Barbara Eden followed her son into the service because she couldn't cut the ties, it was hilarious watching her go through training and finally graduating. I would recommend this for anyone who is a true Barbara Eden fan.
3 people found this helpful

Amazon CustomerReviewed in the United States on September 22, 2019
5.0 out of 5 stars
Funny
Verified purchase
This movie is really good and funny. My mom loves this movie.

ChrisSherrillReviewed in the United States on September 3, 2019
1.0 out of 5 stars
Nope
Verified purchase
Bad script, bad dialog, bad acting. Skip this one.

Number33Reviewed in the United States on January 16, 2017
5.0 out of 5 stars
Funny
Verified purchase
Such a good movie. Rented it and watched it over and over when it came out on VHS years ago. Looking forward to watching it.

Burroughs Reviewed in the United States on November 3, 2010
4.0 out of 5 stars
This movie needs to drop into your movie collection
Verified purchase
This is a cute movie. If you like good comedy that does not require fart jokes and slapstick. If you liked overrboard, Bird on the wire or stripes, you will like this movie
See all reviews
Back to top
Get to Know Us
Make Money with Us
Amazon Payment Products
Let Us Help You
EnglishChoose a language for shopping. United StatesChoose a country/region for shopping.
© 1996-2022, Amazon.com, Inc. or its affiliates