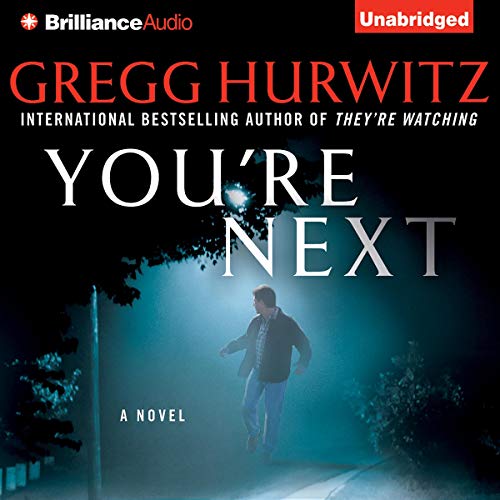 4.5 out of 5 stars
4.5 out of 5
632 global ratings
How are ratings calculated?
To calculate the overall star rating and percentage breakdown by star, we don’t use a simple average. Instead, our system considers things like how recent a review is and if the reviewer bought the item on Amazon. It also analyzes reviews to verify trustworthiness.
Top reviews

Paper or Kindle
TOP 1000 REVIEWER
3.0 out of 5 stars But not for a while
Reviewed in the United States on October 30, 2016
Verified Purchase
You know there's a problem with a suspense/thriller novel when you're not only able to put it down and return to it days later, but when you guess the big secret fairly soon in the book. I got hold of this book because I enjoyed a more recent story by the author, Orphan X, which I definitely recommend. I'm not as enthusiastic about this one. The protagonist created himself, in a manner of speaking, having been abandoned by his father when hardly more than a toddler and winding up in dismal foster care for the remainder of his "childhood". Now a happily married father, successful in business and with a conscience that he apparently grew from scratch, since no one provided a role model for him, he suddenly discovers there's a target on his back...and on his family's, as well. Why? This book isn't written tightly enough. Mike Wingate spends entirely too much time agonizing over his plight, trying to figure out what's going on. Since I liked Orphan X and wasn't too keen on this novel, I'm going to read some more of the author's work. It could be that he is one of those writers who are either very good or very bad and bounce around from one end of the spectrum to the other.
Read more
20 people found this helpful
Helpful
Report abuse

Bert
5.0 out of 5 stars The best!
Reviewed in the United States on May 9, 2019
Verified Purchase
OMG! This book is phenomenal. So well written and thoughtful. The number of twists and turns were all logical and realistic. The characters are amazing and the descriptions of every detail so vivid you are transported the the scenes.
I can’t think of an author I’ve enjoyed more than GH. He’s top shelf and a must read....all of his work. Without delay!
Read more
5 people found this helpful
Helpful
Report abuse

Johnathan
5.0 out of 5 stars Great Book
Reviewed in the United States on July 16, 2020
Verified Purchase
I like the twists and turns Gregg puts into his books. I find his very specific explanations of various firearms etc. to be mind bending and I often have to reread or just let them go to keep the story flowing. Just be prepared for that while sitting back for a great read.
Read more
3 people found this helpful
Helpful
Report abuse

Scottkb2000
5.0 out of 5 stars The title of this book should have been "When the Terminator met Evan Smoak"...
Reviewed in the United States on November 10, 2020
Verified Purchase
Absolutely fantastic, and oh so scary! Hurwitz grabbed me with "The Tower" in 1999 and hasn't let me go since. This is an author that you will want to read every single piece of prose he puts out! Don't miss this one...it's one of his best!
Read more
3 people found this helpful
Helpful
Report abuse

Salander Lover
5.0 out of 5 stars Wow! What a ROCKET ride! Thrills!
Reviewed in the United States on May 16, 2020
Verified Purchase
After a somewhat slow start providing character and background, the danger and action began. And NEVER STOPPED!!! This was one of the most riveting, fast-paced, un-put-downable books I've read in a lonnggg time! AND it had heart, with characters you couldn't help but care for and fear for. Just absolutely spectacular entertainment! LOVED it!!!
Read more
2 people found this helpful
Helpful
Report abuse

Wanda 517
4.0 out of 5 stars More intense than the Orphan X series..
Reviewed in the United States on March 20, 2020
Verified Purchase
I thought for most of the book that there were too many non sequiturs , but they all converged finally.
I think my early unease is the only reason that I didn't give it a 5 star.
Read more
3 people found this helpful
Helpful
Report abuse

Bob Connely
5.0 out of 5 stars Hurwitz is a Master
Reviewed in the United States on April 16, 2018
Verified Purchase
Hurwitz is a master writer. This book, and all his others (so far!) are exquisitely detailed, well-crafted pieces of very believable action-packed fiction. Worthy of the investment!
Read more
Helpful
Report abuse

Teresa
5.0 out of 5 stars Excellent
Reviewed in the United States on December 31, 2019
Verified Purchase
I am a huge Hurwitz fan and have read almost all of his adult thrillers. This was one of the best yet! Non-stop action, treachery, and family. Must read.
Read more
2 people found this helpful
Helpful
Report abuse
See all reviews

Clive
5.0 out of 5 stars ANOTHER STORMING SUCCESS FOR GREGG HURWITZ
Reviewed in the United Kingdom on August 9, 2017
Verified Purchase
Not all of the reviews that I read, before buying this, were entirely positive but, so far, I'd read six Greg Hurwitz novels, dive of which were great, so I decided to give it a go. Perhaps my standards are just lower than average, but I had no problem with this novel at all; I'm now up to six great novels and a dud! I loved this book.

Unlike some of his books, 'You're Next' does start quite slowly and takes a while to get going but, from about 20% of the way in, the pace just quickens relentlessly until it rockets to a conclusion. The characters are quite well drawn and the 'sidekick' of Shep is a gem of a character. As always, the technical research underpinning the story has (it appears to a laymen like me) been executed extremely thoroughly, allowing a depth of detailed description of such matters as state gambling laws, safe-busting and forensics to push the plot along. This research and attention to detail is one of the hallmarks of a Hurwitz novel and, I must say, with every new novel read, I'm increasingly more impressed.

The book has a very obvious mystery at it's beginning, with a promise that all will be revealed at some point. I reckoned that, at about 75% of the way through, I'd guessed what had actually happened to the hero's father all of those years before and I was confident that I could see where this was going. I was wrong! The plot took a completely unexpected turn and I wriggled with delight at being fooled.

If I have one complaint, it's that a couple of the hero characters seem to be as indestructible as a Marvel superhero but, hey, I can live with that. There is also the usual 'James Bond style' issue that the villains, in wanting to kill the hero, choose implausibly convoluted murder methods instead of simply shooting the hero with a rifle from 300m. But then, I'm just as happy to overlook this in a novel as I am when the laser cutter stops just short of cutting James Bond in half, allowing him to escape in the nick of time.

Mr Hurwitz's books are interesting to consider as a body of work. There are clear threads running through most of them of a huge premium on strong family values and morally upstanding heroes, yet there are also unique elements in each novel, mainly evident in the depth of research that allows some of the books to appear to have been written by a 'one-shot' specialist.I think that I'm at the point now where I could read any novel and recognize a Gregg Hurwitz from style alone but that in noway detracts from my enjoyment.

i really enjoyed 'You're Next' and I hope that you do too.
Read more
9 people found this helpful
Report abuse

Soma
5.0 out of 5 stars Gripping and soo exciting!
Reviewed in the United Kingdom on August 17, 2016
Verified Purchase
This has to be my fav thriller. I literally couldn't put it down. I have now read this book 3 times. I have so many physical books and books on my Kindle but always come back to this. It has excitement, tension and emotion and I especially loved the relationship between Mike and Shep and the way the sadness of his childhood lent an extra dimension to the plot. The moment Mike finds out who he is literally made me gasp... How original.. def didn't see that coming! Would love to see this made into a film.
Read more
4 people found this helpful
Report abuse

M. Hunter
2.0 out of 5 stars the cars are the only sympathetic characters
Reviewed in the United Kingdom on July 23, 2018
Verified Purchase
Usually I like a thriller, and am easily gripped by even a character like Reacher (who can't be allowed to grow up), but sadly, I found this one so boring that it was an effort to read to the end; two-dimensional characters rushing about stealing cars, never once thinking about the devastation they cause to others' lives; a really irritating child, a fairly irritating hero and his totally unbelievable wife ... even the baddies were quite irritating; the two stars are for the hard work that I know it is to write a book, and devise a complex plot. In the end, I grieve for all those cars that got rubbished through no fault of their own.
Read more
Report abuse

Amazon Customer
5.0 out of 5 stars Excellent-readforfun.
Reviewed in the United Kingdom on December 13, 2017
Verified Purchase
This was an excellent book with a great storyline and full of characters who would turn your blood cold, and others who were people you would value as good friends. The way the author described the loving relationship between husband and wife and their deep love for their little daughter and the sacrifices the father would make for them both was very engaging, as was the bond between the main character and his childhood friend. A gripping read that held my interest to the end. Recommended.
Read more
One person found this helpful
Report abuse

Stargaser
5.0 out of 5 stars Brilliant plot
Reviewed in the United Kingdom on September 2, 2019
Verified Purchase
This book keeps you interested from the very first page. You won't know why the family is being targeted until three quarters way through the book, and all the time you are trying to figure out why his dad left him in a children's play are and never came back for him. You follow his life through childhood to successful builder that's when things really become very interesting. Love this book
Read more
One person found this helpful
Report abuse
See all reviews
Back to top
Get to Know Us
Make Money with Us
Amazon Payment Products
Let Us Help You
EnglishChoose a language for shopping. United StatesChoose a country/region for shopping.
© 1996-2021, Amazon.com, Inc. or its affiliates