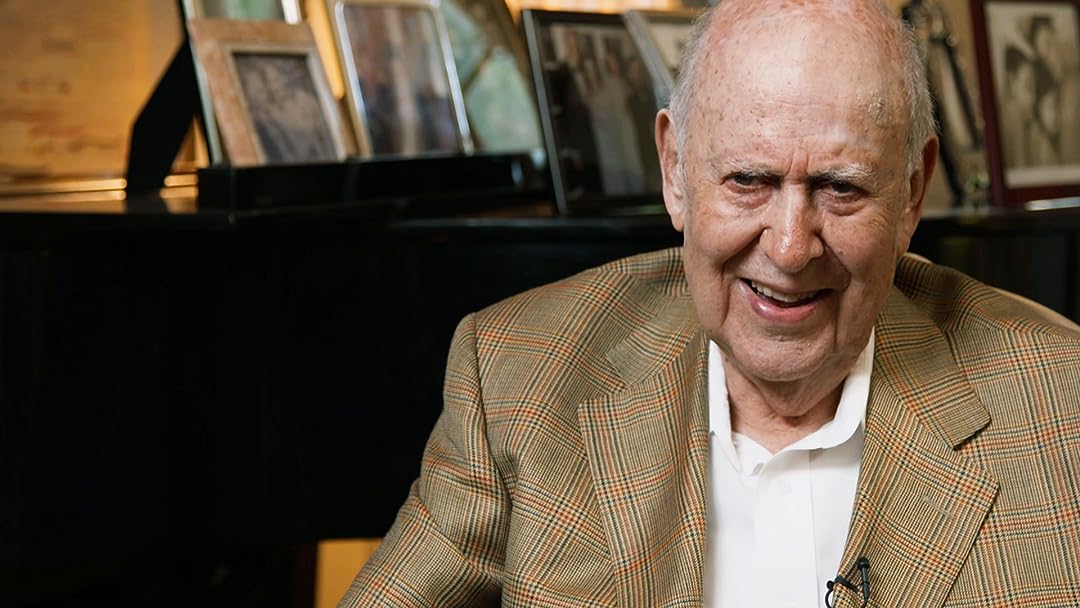 If You're Not in the Obit, Eat Breakfast

Julian KennedyReviewed in the United States on February 21, 2019
4.0 out of 5 stars
Uplifting Heartwarming Documentary
Verified purchase
If You're Not in the Obit, Eat Breakfast: 7 out of 10: Carl Reiner seeks out some fellow ninety-year-olds to see if they have anything in common that may explain both their longevity and their spirit for life.

This documentary is heartwarming at its core. Interviews with sprightly ninety-year-olds living every day to its fullest will warm one's cockles. One particular subject (a 100-year-old sprinter) almost brought me to tears. Those seeking the secrets of eternal youth may come away disappointed as don’t get sick seems to be the primary advice (Walking and being social are also promoted).

If the documentary has one flaw it is that Carl, with a few notable exceptions, basically sticks with his fellow showbiz people. One could easily get the impression that the key to longevity is to be a Jewish stand-up comedian. It is notable that when the documentary visits those outside of the showbiz world it is more effective.

The documentary also makes some unusual choices. There is a lot of Jerry Seinfeld in the film. He is overall fine but seems out of place due to the subject matter. There is a weird story about a nude Yul Brenner that comes from out of left field, stays for a while, and goes back to left field never to be mentioned again. And then there is Dick van Dyke.

Dick van Dyke is 93 and energetic and a perfect subject for this film. Dick van Dyke married Arlene Silver who is half his age. (Literally, she is 46 years younger than he is) So far so good. We get interviews with the couple and video of the wedding with Dick van Dyke looking very sharp tearing up the dance floor. Unforatntly the movie seems not to know when to move on. We then are taken to the Capitol Records studio (The one on that famous stacked record building in Los Angeles.) were some very talented musicians do their best to make Dick van Dyke and his new bride sound good as they sing. It is painful and not a good way to end your movie.

In conclusion kudos to the documentary for including one subject who has significant health problems (Kirk Douglas) and boo for not even mentioning Jimmy Carter in a documentary about active nonagenarians. In reality, of course, most people in this age group are not writing books on going on tour. There is a bit of a false front being shown that the documentary gingerly acknowledges. (I would also note none of the subjects had outlived their money. A real fear in that age group.) This is an uplifting heartwarming documentary where everyone is sprightly and healthy and loved and the only sour note comes from Dick van Dyke singing.

CJSReviewed in the United States on July 18, 2020
5.0 out of 5 stars
Truly inspiring
Verified purchase
This dvd features interview/stories of those over 90 - many 100 or more. Some are famous celebrities like Carl Reiner, Dick Van Dyke, Betty White, and Norman Lear. Others are those who I was not familiar with but their stories are no less inspiring than the celebrities. The stories have several things in common - those who live to be in their 90's and above have an active social life and also are as physically active as possible. So glad I found this.
2 people found this helpful

Songwriter2898Reviewed in the United States on November 28, 2021
5.0 out of 5 stars
Unusually Inspiring, Completely Enjoyable Perspectives on Aging!
Verified purchase
Great music is the beginning of why I enjoyed this documentary so much. Talented, accomplished people who are closing in on 100 years old, share their secrets to aging gracefully. I've seen it a number of times, since I've shared it with friends and have enjoyed it every time! As we're living longer than previous generations, it's important to me to remain engaged with the world around me and enjoying life as long and as much as possible.
This documentary is put together so well... love it! It's excellent.

J. K. HarrisReviewed in the United States on March 29, 2019
5.0 out of 5 stars
This DVD is a Treasure!
Verified purchase
As would be expected with "anything" the Reiners produce or are collaborators in, this DVD is fun and hilarious from the getgo. The entertainers, actors and comedians, of this era are irreplaceable. Most of what is produced in the name of entertainment and comedy today falls way short of delivering the content and quality that I enjoy. After watching it. I just had to have a copy of it for posterity. Makes me glad that I was alive (born in 1944) and growing up in this era. Check this DVD out -- It's a real treasure for the ages!
2 people found this helpful

gr8hndReviewed in the United States on February 10, 2020
5.0 out of 5 stars
Delightful!
Verified purchase
Who does not love Carl Reiner? In his 90s, his talent is still as strong as ever. He focuses on a group of people in their 90s and 100s who will amaze you. Some have since passed away. The section with Dick Van Dyke and his wife brought me to tears and laughter. They are a wonderful couple who obviously do not allow age to define them. Great movie.
One person found this helpful

D. KempReviewed in the United States on October 30, 2021
5.0 out of 5 stars
Great celebration of life
Verified purchase
Carl Reiner knew how to do old age. He also knew other people who knew and know as well and they're highlighted here. Sadly Carl is no longer eating breakfast but chances are he's having his desserts right now.

BernardReviewed in the United States on October 23, 2020
5.0 out of 5 stars
A Must See. For Seniors
Verified purchase
The funniest movie I’ve ever watched Same class as One Flew Over The Cukoos Nest. Carl Reiner a great writer and actor. Cameos Mel Books, Jerry Seinfeld and his mother. A Must See For Every Senior Citizen!

Converse Free LibraryReviewed in the United States on September 12, 2021
4.0 out of 5 stars
Great movie, bad DVD
Verified purchase
This is a comment about the DVD, not the late, great Carl Reiner & Co.

We were unable to play this DVD on a variety of players. Wondering if "Amazon Digital Services" is Amazon recording onto a DVD-RW without the proper equipment/settings? This happens from time to time with DVDs we have bought through Amazon; some DVDs seem to be pressed to work in DVD players but not laptop/desktop D:// drives. This is unfortunate as there are still many, many people watching movies this way.
See all reviews
Back to top
Get to Know Us
Make Money with Us
Amazon Payment Products
Let Us Help You
EnglishChoose a language for shopping. United StatesChoose a country/region for shopping.
© 1996-2022, Amazon.com, Inc. or its affiliates