Youth Basketball Coaching and millions of other books are available for Amazon Kindle. Learn more 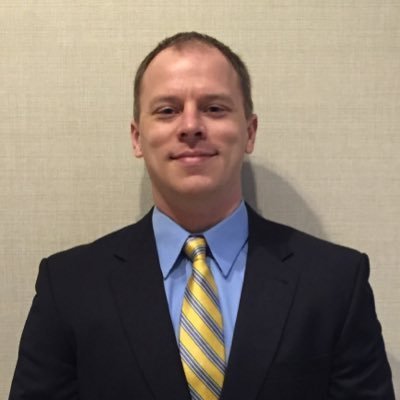 by Lee DeForest (Author, Editor)
4.2 out of 5 stars 18 ratings
See all formats and editions
Sorry, there was a problem loading this page. Try again.

Basketball coaching practice drills to dominate your competition! You will discover the solution for coaches of all levels that want to increase offensive efficiency, reduce turnovers, and win more games. If you are reading this, then you understand this truth: turnovers are the number one statistic, in any sport, that impacts winning. As a coach or a fan, you must wonder how some teams consistently average less turnovers than other teams. Championship teams use these drills and strategies to get the advantage. Now, so can you! This book is the combination of years of clinics, practices, and games to separate what works in theory and what works in competition.

Here is a Preview of What You’ll Learn…

• Basic drills as the foundation • Intermediate drills to take the next step • Advanced drills for when the basics are mastered • Personal experiences and lessons from basketball coaching legends If you want to design a quality practice and include a focus on reducing turnovers, then this book is for you. It will reveal many of the issues that cause turnovers and the latest methods to teach players how to avoid these mistakes. This book will give you the best practice drills to help you win more games. Guaranteed. “The NBA team with fewer turnovers wins about 58% of the time. Turnovers are even more important at the lower levels.” – Dean Oliver, Author of Basketball on Paper
Read more
Previous page
Next page

Page 1 of 1 Start overPage 1 of 1
Previous page
Next page
Start reading Youth Basketball Coaching on your Kindle in under a minute.

Lee DeForest, a basketball coach for almost 20 years, learned to love the game after spending time in the gym with his father and learned to love to write after graduating from law school with his sanity. Most noted for his variation of the Princeton Offense, he won a state title in 2011 and has produced many different basketball videos on the same philosophy. He was honorably discharged from the USAR in 2014 and currently resides in Texas with his wife and parrot.

Doug linton
5.0 out of 5 stars Great ideas for teaching ball sureness
Reviewed in the United States on December 15, 2020
Verified Purchase
Great ideas to think about when teaching ball toughness. Great reminders to consider on how to teach this important skill.
Read more
Helpful
Report abuse

S. Ryan
5.0 out of 5 stars To the point and full of good reminders...
Reviewed in the United States on February 6, 2018
Verified Purchase
Simple and to the point. A nice little gem of easy to understand concepts that will complement any existing regimen of ball possession drills and points of emphasis.
Read more
Helpful
Report abuse

Kindle Customer
5.0 out of 5 stars Very Helpful
Reviewed in the United States on January 15, 2017
Verified Purchase
This was a very detailed breakdown of the pressures we see and struggle with in our 5th grade league. The drills to help teach them how to handle the pressures, and what to do are simple, but were illustrated very clearly to be able to put into practices to start improving right away
Read more
One person found this helpful
Helpful
Report abuse

Kevin Hardy
4.0 out of 5 stars Quick Read
Reviewed in the United States on December 7, 2019
Verified Purchase
A quick read that shows the importance of fundamentals and a keep it simple approach to coaching basketball. I would definitely recommend this book.
Read more
Helpful
Report abuse

Clifford P. Jasper
5.0 out of 5 stars A MUST HAVE FOR ANY COACH
Reviewed in the United States on December 4, 2016
Verified Purchase
I really like how coach DeForest explains drills and how he relates ball toughness as being calm and confident in the moment. A great tool to teach my 2nd & 3rd graders the importance of ball toughness...thanks coach!!
Read more
One person found this helpful
Helpful
Report abuse

Andrew C Rapp
5.0 out of 5 stars great use of quotes
Reviewed in the United States on October 17, 2016
Verified Purchase
Coach DeForest's "Practice Drills for Ball Toughness" is a gem and is for ANY coach at any level. I've been involved with the game of basketball for 35 years (playing at all levels, coaching at all levels) and this book is ESSENTIAL for any coach's library. Coach Deforest is spot on when he states the game is over-coached and under-taught. Teaching fundamentals and skill is your insurance policy as a coach of any team or any program. DeForest's book is extremely well-organized, great use of quotes ... this book is an absolute must. Bravo Coach DeForest. Good on Ya!
Read more
One person found this helpful
Helpful
Report abuse

The Gunny (Retired USMC)
4.0 out of 5 stars Lessons
Reviewed in the United States on May 12, 2017
Great book I recommend this to relax players youngs especially, they will succeed, patienc3 and poise. Great read, get it.
Read more
One person found this helpful
Helpful
Report abuse
See all reviews

Emmanuel Oboh
5.0 out of 5 stars Five Stars
Reviewed in the United Kingdom on May 2, 2017
Verified Purchase
Very happy with this seller
Read more
Report abuse
See all reviews
Back to top
Get to Know Us
Make Money with Us
Amazon Payment Products
Let Us Help You
EnglishChoose a language for shopping. United StatesChoose a country/region for shopping.
© 1996-2022, Amazon.com, Inc. or its affiliates