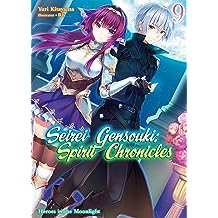 Seirei Gensouki: Spirit Chronicles Volume 9 Apr 13, 2020
by Yuri Kitayama , Riv , Mana Z.
( 10 )
$6.99
Rio and Miharu’s relationship is getting complicated... With Liselotte’s assistance (after revealing her past life), Rio and Miharu gain an audience with Sumeragi Satsuki ahead of the banquet. Once preparations are complete, Rio and company head to the capital of Galtuuk to finally meet the hero named Satsuki. Miharu and Satsuki are ecstatic to reunite with one another, but the tables turn when Rio discloses his plans for the future... The banquet full of complex emotions begins now!
Read more 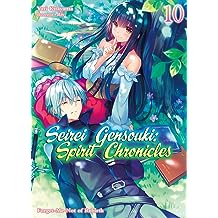 Satsuki and Liselotte are shocked by the revelation that Rio is, in fact, Amakawa Haruto. Meanwhile, Miharu confesses that her feelings for her childhood friend haven't changed--much to Rio's chagrin. The situation grows even more complicated with the introduction of a third party!
Read more After running away from the Kingdom of Beltrum, Rio begins a journey toward his ancestral lands in the east. On his way there, he meets Latifa — a werefox girl enslaved by nobles and trained to become an assassin… and Rio is her target! Rio manages to defeat her in combat, and releases the enchanted collar binding her to her owners. But Latifa, unsure of what to do with her newfound freedom, demands to accompany Rio on his travels. The two meet new friends and foes along the way, with an old foe returning as well…
Read more 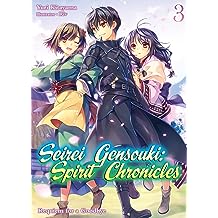 Seirei Gensouki: Spirit Chronicles Volume 3 Feb 4, 2019
by Yuri Kitayama , Riv , Mana Z.
( 29 )
$6.99
The secret of Rio's birth is revealed in his parents' hometown!
After bidding farewell to his comfortable life in the village of the spirit folk, Rio finally reaches his destination: his parents' homeland, the Yagumo region. He arrives in a small village in the country of Karasuki, where he has a fateful encounter with his paternal grandmother, Yuba, and his older cousin, Ruri. After being told that his parents' past cannot be revealed until just the right moment, Rio decides to remain in the village for the time being, and spends his time devising ways to improve the village's quality of life!
Read more 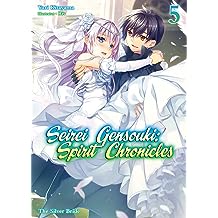 After a fateful reunion with Miharu, Rio decides to entrust her, Aki, and Masato to the spirit folk village in order to ensure their safety. With Latifa’s and the other villagers’ assistance, Miharu’s group rapidly adapts to life in the village.

As their bustling days continue, Rio decides to head to Beltrum for the first time in four years to meet Celia, his former professor from his days in the Academy.

However, Rio learns of a political marriage between Celia and someone of nobility... Will Rio be able to rescue her in time?!
Read more 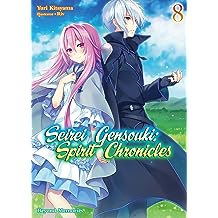 Seirei Gensouki: Spirit Chronicles Volume 8 Jan 13, 2020
by Yuri Kitayama , Riv , Mana Z.
( 37 )
$6.99
In the great city of Amande, after miraculously encountering his nemesis in an all-out battle, Rio attends a banquet and finally obtains information about a person Miharu and the siblings have been searching for: Sumeragi Satsuki.

Meanwhile, preoccupied by her suspicions of Rio’s true identity, Miharu approaches a certain someone with a question...
Read more 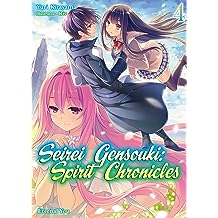 Seirei Gensouki: Spirit Chronicles Volume 4 Apr 9, 2019
by Yuri Kitayama , Riv , Mana Z.
( 27 )
$6.99
After leaving Karasuki, his parents’ homeland, Rio travels to the spirit village where Latifa and the others are waiting. After receiving a fiercely warm welcome from the spirit folk, Rio heads toward the Strahl region to gather information. On the way, he is guided by large pillars of light to save three people nearly captured as slaves... one of whom is Rio's previous life’s — Amakawa Haruto's first love!
Read more 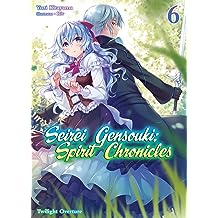 After successfully rescuing Celia from her less-than-ideal political marriage, Rio travels to the trade city of Amande to stock up on supplies and gather information about the hero summonings. In order to fulfill Celia's wish of informing her father of her safety, Rio attempts to infiltrate the Claire estate.

Meanwhile, on her way back to Amande from attending the wedding, Liselotte runs into unforeseen trouble with Princess Flora and Sakata, the Beltrum hero!
Read more 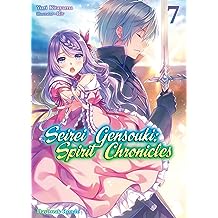 After discovering Liselotte's party being attacked by a huge swarm of monsters controlled by none other than Reiss, Rio charges into battle. His immense power as he eliminates the enemies one by one leaves everyone present awestruck and intrigued.

In search of the next summoned hero, Rio attempts to build a friendly relationship with the nobles, only to stumble upon a certain man, the source of all of his hatred!
Read more 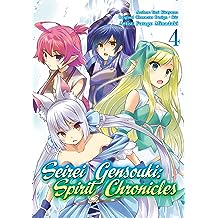 Seirei Gensouki: Spirit Chronicles (Manga) Volume 4 Apr 29, 2020
by Yuri Kitayama , Futago Minaduki , Mana Z.
$8.99
Feel the Spirit Within!
Rio's journey back to his hometown in Yagumo takes him and Latifa further into the forest. But even here, danger lurks when the local inhabitants attack! Can Latifa convince the Spirit Folk's warriors of Rio's innocence and begin building a new bond? And what of Haruto's spirit, still residing within? Drunken dwarves and harem hijinks are great and all, but trouble is never far away.
Read more 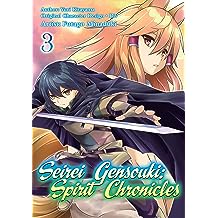 Seirei Gensouki: Spirit Chronicles (Manga) Volume 3 Feb 12, 2020
by Yuri Kitayama , Futago Minaduki , Mana Z.
$8.99
Rio's taken off for his homeland and enters parts unknown... or at least they SHOULD be. But somehow, aspects of his former life begin cropping up everywhere he looks, from udon restaurants to vanquished enemies hellbent on vengeance. Is it possible that Rio's not the only one with a spirit connection in this world? And why's there a fox girl trying to kill him?
Read more 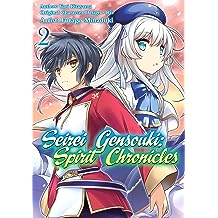 Seirei Gensouki: Spirit Chronicles (Manga) Volume 2 Oct 30, 2019
by Yuri Kitayama , Futago Minaduki , Mana Z.
( 2 )
$8.99
The time has come for the otherworldly orphan to embark on a journey of self-discovery!
Rio was always alone at the Royal Academy of Beltrum - save for his friendship with Professor Celia Claire. But after five years of class rivalry in and out of the lecture hall, his hard work is about to pay off. With graduation just around the corner, Rio participates in his final field drill - only for a meticulously planned trap to potentially destroy everything.
Read more