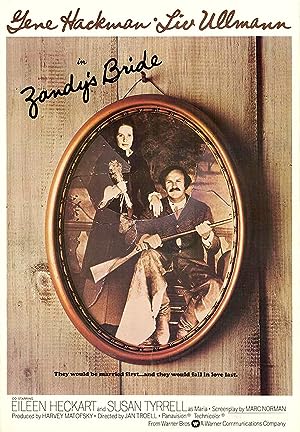 FranReviewed in the United States on October 25, 2015
5.0 out of 5 stars
Classic Movie
Verified purchase
It's a great story. The actors were at their peek in their careers. It's a classic. I love the scenic shots of Big Sur in California. Liv Ullman did a wonderful job in showing her strength as a woman and her courage and strength through this character. In difficult times, both characters humbled themselves and reminded each other of their value. That bridal rape scene was difficult, but she recovered the next day by not serving him his meals for a month and telling him that he'd have to kill her if he tried that again while wielding a skillet in her hand for defense and rightly telling him his behavior was disgusting and that he had let his house become filthy. He admits his lack of experience, and she shares her pain and fear of the rape and a child coming from rape that could be born defective. They agree to start their marriage over. It was a real homage to mail order brides. The treatment of the husband's story is interesting and complex. He is under societal pressure to have a son. His own mother admits to her and her husband's failure as examples. She encourages him to create a new and healthy relationship. You don't find movies everyday with this depth in characters, nor of the people who have enough dirth to play these characters.
10 people found this helpful

HistoryNutReviewed in the United States on October 9, 2014
5.0 out of 5 stars
Hackman & Ullman are at the Top of their Game
Verified purchase
This is a rare and delightful capsule view of life in the very late 19th century in the coastal mountains of California with a plausible story line and an outstanding ensemble of actors. The film reflects the typical popular realism of the late 60's and early 70's down to wardrobe and other background details. It's mostly a human interest story without special effects (except maybe the well rehearsed bear fight) that can tug the emotions back and forth in a rather (at times) stunning but also (at times) pleasing way. The two leads, Liv Ullmann and Gene Hackman, seem to come from different schools of acting but do a good job of blending that into a believable relationship. The excellent character actors like Eileen Heckart, Susan Tyrrell, Frank Cady, and Sam Bottoms, who are now all deceased, along with Harry Dean Stanton and others provide what the film needs to fill out the plot and color the trappings.

Be forewarned this is a small film by Jan Troell with his touches and not a blockbuster extravaganza. But the beautifully filmed outdoor scenery of the coast and mountains can alone can be worth the watch.

lp-TN-001Reviewed in the United States on June 11, 2021
5.0 out of 5 stars
a good movie
Verified purchase
I've long been interested in the history of the American West. I saw this movie decades ago and wanted to see it again. The two main characters, Liv Ullmann and Gene Hackman, are wonderful in their roles as partners in a marriage of convenience. The ordering of this new DVD was easy and it came to my front door. Thank you.

Mark AxenReviewed in the United States on May 29, 2020
2.0 out of 5 stars
Absurd Misogyny
Verified purchase
Gene Hackmans' portrayal is of a disturbed, violent man who rapes and abuses his mail-order bride, and strains credibility in her endurance of the abuse and heartbreak. It is a painful and annoying movie to watch. Other than beautiful cinematography and fine acting by Hackman Ullman, this film has no redeeming value. Much better in this genre is 'HEARTLAND', with Rip Torn and Conchata Ferrell, authentic and satisfying.
One person found this helpful

PRETZELReviewed in the United States on September 27, 2021
5.0 out of 5 stars
One of my favorite Gene Hackman movies!
Verified purchase
He was a rough customer and egotistical but I loved the way Liv Ullman tamed him! (Oh but I could not have gone through half the stuff she did!) This movie was funny, sad, but had a delightful ending! Well worth the watch!

Robert M SquiresReviewed in the United States on August 5, 2013
5.0 out of 5 stars
A Long time comming.
Verified purchase
I first saw this movie when it come out on VHS. I felt it gave a true picture of what it must have been like forging a life on your own.In my opinion Gene Hackman gave one of his best performance's, His only example of married life was a father who treated his son's and wife as slaves. Liv Ullmann played the perfect mail order bride, a woman who saw her life fadeing and willing to take a huge gamble in the hope of finding a better life.Both having their dream fade into the reality of life. I've been waiting years for this movie to come out on DVD. Thank You
3 people found this helpful

TDReviewed in the United States on September 14, 2018
3.0 out of 5 stars
Realistic Angry Pioneer
Verified purchase
Wanted to see Gene Hackman as a young "romantic" man, but he was just a young ANGRY man. Somehow I missed this movie and wondered what it was like. On the plus side, it seemed VERY REALISTIC, without glamour, the way pioneer life may have been in the 1800's. Nice to see Gene with red hair.
One person found this helpful
See all reviews
Back to top
Get to Know Us
Make Money with Us
Amazon Payment Products
Let Us Help You
EnglishChoose a language for shopping. United StatesChoose a country/region for shopping.
© 1996-2022, Amazon.com, Inc. or its affiliates