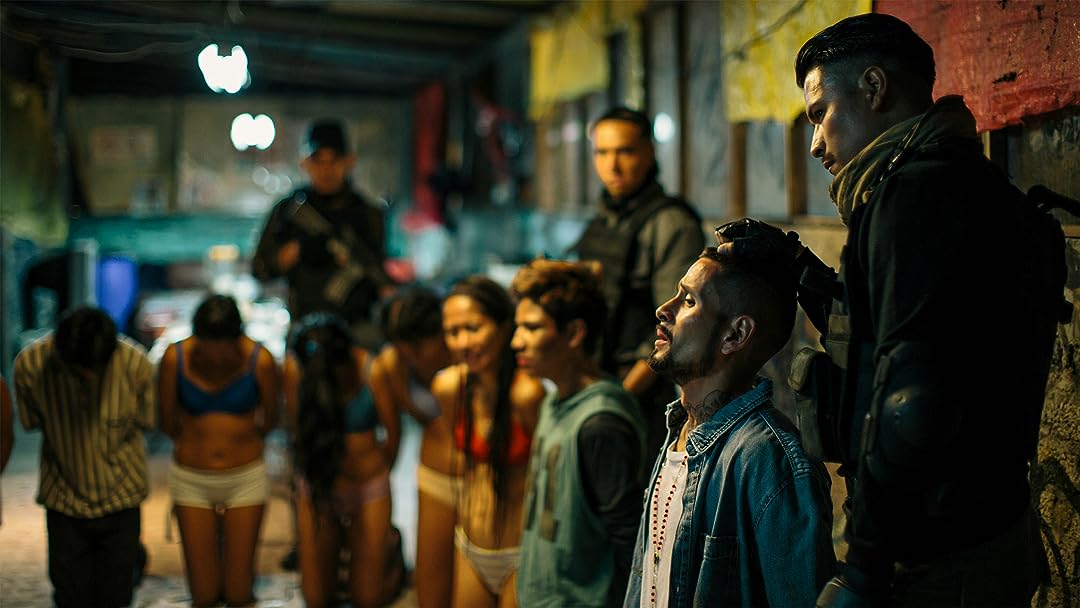 Season 1
(1,809)
8.22020X-RayHDRUHD18+
ZeroZeroZero series follows the journey of a cocaine shipment, from the moment a powerful cartel of Italian criminals decides to buy it until the cargo is delivered and paid for, passing through its packaging in Mexico and shipment across the Atlantic Ocean.

While fiction most of this is based on real life stories that have come out of serious investigative journalism, Intel, and international police work.

Similar to Gommorah in that there is absolutely nothing redeeming about almost any character whatsoever. For this reason the show can leave one a bit of a downer when you realize how messed up the world is.

Personally I love the narrative style of flash forwards being shown then explained later.

Thomas B.Reviewed in the United States on March 22, 2020
5.0 out of 5 stars
Why is Amazon hiding the gems and instead promoting the manure?
I can’t even. How did I randomly stumble on this masterpiece when this should have had the crap marketed out of it?!
I’ve always thought Amazon originals played second fiddle to HBO’s and Netflix’s but what do Amazon do when they’re sitting on an extraordinary series? Bury it under overhyped Hunters.
No joke, the production value on ZeroZeroZero was delightful, all that across 3 continents, with a plethora of central characters and plot lines tight as a fiddle. Now, the fact that this was a European production is no coincidence: this is no superhero (or even simply hero) fable, there aren’t any good guys but quite a few very bad ones, straight up live-by-the-sword crowd but, as hard as it sometimes is in real life, nothing is fully black or white. Look for truth somewhere in the middle.
As is said in a memorable quote: Laws are for cowards, Rules are for men.
For those who say it’s too slow, my best advice to them is to instead rewatch one of the many blockbusters where the main guy undoubtedly wears a pajama and kisses the girl at the end.
241 people found this helpful

Winston SpencerReviewed in the United States on March 7, 2020
5.0 out of 5 stars
Better than the book!
I've never been a fan of Saviano's writing style (maybe something gets lost in translation?) but the book gives a good overview of the transatlantic cocaine trade.
It was really exciting to see how the show took the themes and rambling history from the book and weaved it into a tense and engaging story on a more personal level. Switching between three areas of plot and often backtracking sounds like it wouldn't work but the pulled it off. Thoroughly enjoyed it! Maybe you will too.
139 people found this helpful

PaulReviewed in the United States on March 7, 2020
2.0 out of 5 stars
Subtitles suck!
Not bad but what’s up with the subtitles? What were they thinking? The words are way too small and a lot of times you can’t even read them because of the background.
122 people found this helpful

EL SIDReviewed in the United States on March 7, 2020
4.0 out of 5 stars
Very Intense and Layered
So after watching Narcos and Hunters, I wasn't sure what I should stream next and I saw this in the cue and checked it out. This show is strictly about the bad guys and shows what happens from their point of view as drugs get trafficked from location to another and how they co-exist with one another. You'll see good guys get turned to the dark side and the few that don't are sadly eliminated or eternally damaged. Even those who are just trying to get by in this life become victims to the cycle of violence and betrayal.

The layering of the character's stories and how they reach specific arcs in their journey is really cool. This is where a series like this exhibits true advantage over a 2 or 3 hour movie. You get to see more details in the story and characters and how they come to collide. I only wish we saw more of the back story of some of the good characters who met their untimely end in these specialized layered segments.

The other thing that is unique is how this story travels the globe. Like the Narcos series, this could easily move backward or forward since crime doesn't seem to be ending anytime soon. There are always stories to be told. I haven't read the book so I can't make any comparison but may pick up the book at some point to see how they complement one another. I'm looking forward to the next installment if there is one. Unlike Narcos the characters appear to be amalgamations of real people based on what I found via the web and that is one of the advantages Narcos has over this series.

Not recommended for little kids or teens. It has some very brutal violence. Even a clown meets his demise.. but maybe the clown was part of the rival cartel. who knows?

Anyhow, If you like crime dramas like Narcos (Netflix), No Country for Old Men, Sicarios, Godfather, Miami Vice, Queen of the South, American Gangster and Blow you'll dig this.
109 people found this helpful

admaelReviewed in the United States on March 6, 2020
5.0 out of 5 stars
Great show
can't wait for season 2💪
83 people found this helpful

rogatronReviewed in the United States on May 25, 2020
5.0 out of 5 stars
Excellent show to binge watch!
Verified purchase
From character development, plot and cinematography this show is a winner!
It was very interesting to see Calabria, Monterey, and Casablanca so vividly depicted.
There is considerable violence but it worked.
I look forward to the next season where the shipment is intended to go to Russia.
41 people found this helpful

LarryReviewed in the United States on March 29, 2020
1.0 out of 5 stars
Unredemptive trash. A race to the bottom among three criminal groups
When I heard in episode 6 the phrase "Your father was a great man" used to describe Gabriel Byrne's character to his daughter, I quit watching. The series had become too slow and dialog was being used as transitions or links between hyperviolent acts. I do not need to spend my weekends or evenings watching Mexican soldiers bully fellow drug smugglers etc. (Like bashing them to death with a sledge hammer.) Or Italian drug dealers burn people to death. And so on.

The series starts out hopeful. Three organizations, seller, agent, and buyer, are involved in a deal that goes bad because of the actions of one person in one of the groups. The production values are good and the scenery is impressive. It has the extra patina of being told in multiple languages so you can allow yourself the excitement of believing you are watching a real international drama. It quickly deteriorates into a series of violent acts where any sense to the plot drains away. We all know what happens to those that cross Mexican drug gangs and have seen those images in the media. I have no idea why watching these explicit scenes should be considered entertainment.

There is no tension to the plot, no suspense, no twists. Nothing to redeem it from being the garbage that it is.
65 people found this helpful
See all reviews
Back to top
Get to Know Us
Make Money with Us
Amazon Payment Products
Let Us Help You
EnglishChoose a language for shopping. United StatesChoose a country/region for shopping.
© 1996-2022, Amazon.com, Inc. or its affiliates