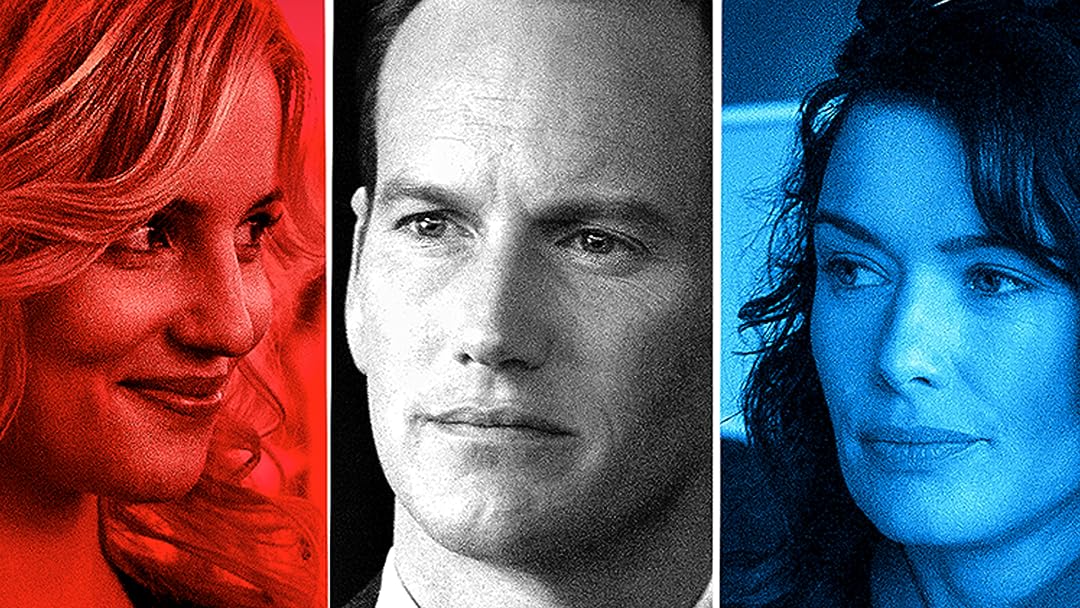 dawkins jrReviewed in the United States on February 16, 2020
4.0 out of 5 stars
Terrible Title, But Rather Good Psychological Thriller/Drama
Verified purchase
Whether you take the concept of 'sex addiction' seriously, there is no doubt some people suffer from obsessive, compulsive behavior disorders, and this film does a fine job of illustrating this. It did need (besides a different name...what were they/she/he thinking?) more of a backstory regarding the lead character that could have better explained his behavior. Of course, some people could simply be born with this predisposition, but the film doesn't do anything in terms of explanations, theories. Kudos though to the underated Patrick Wilson for an excellent performance as the lead. His character's behavior is deplorable, but he still manages to generate some sympathy in his losing battle with his demons and self-loathing. I personally did not find the film cheap or exploitive, but many others have, so proceed with caution.
One person found this helpful

CarterReviewed in the United States on February 3, 2022
5.0 out of 5 stars
Great movie
Verified purchase
Seen it twice already. It pulls you in

DanielReviewed in the United States on August 5, 2020
5.0 out of 5 stars
Obama-Clinton
Verified purchase
Patrick Wilson portray and Obama-like political candidate with a seedy underside. He usually chooses excellent projects, and Wilson has in this case.

thehorrorwithinReviewed in the United States on October 28, 2015
4.0 out of 5 stars
sex addiction is on display
Verified purchase
Sex addiction is on full display here. Patrick Wilson does a fantastic job in the lead role and the direction is subtle and solid throughout. The story isn't new but the perspective shifts in ways we haven't seen too often. I really enjoyed this movie but the subject matter is too raw and honest to appeal to everyone. I found myself cringing more than once. Highly recommended!

LReviewed in the United States on October 31, 2015
5.0 out of 5 stars
Highlight role of Patrick Wilson's career as an actor !!!
Verified purchase
Patrick Wilson's tour-de-force ! can't believe that IMDB rated this film a mere 5.7 stars (the film is more like 8.0.)

Zipper (2015) is a film about Sam Ellis (Patrick Wilson), a federal prosecutor on the move to become a future senator. Sam is married with one son, but his marriage is far from happy. Actually, it is something of a façade in a world where keeping appearances is more than just a game. His wife Jeannie is far more interested in getting her husband elected to U.S. Senate than keeping things afresh in their bed-life. Sam slowly but surely gets pulled into the world of high class escort services, where getting laid can cost you few thousand dollars (think Eliot Spitzer). He tries to resist the temptation, but the sex-addiction to high-class prostitutes is stronger than his will to succeed in career. Things get really interesting when his wife pulls him into the political race (think young J.F. Kennedy)...and nothing will stop her at getting what she wants...because according to Sam's wife belief ---the end does justify the means.

The film does a terrific job at portraying white-collar world, which is------ full of hypocrisy, deceit, corruption, where love and self-respect are for sell...for the right price or favor.

LMH14Reviewed in the United States on September 13, 2015
4.0 out of 5 stars
Get to the core of who you really are...
Verified purchase
Interesting exploration into the compulsion that often drives a person from a "content" marriage into a sexual affair. The movie follows the main character as he tackles the heavy expectation he placed upon himself to be a hero and champion of moral virtue into the realization that he is as frail as other humans. Certainly enjoyed the subplot question of why we expect more of our public servants than we do of the average Joe. Overall, the plot becomes a little predictable at the end, but it is worth the watch... especially if you have ever needed to understand why someone seeks out an affair, including those with paid professionals.
4 people found this helpful

JohnNDFWReviewed in the United States on September 21, 2015
4.0 out of 5 stars
Worth The Rental Fee
Verified purchase
So let me first temper my review that I have a man crush on Patrick Wilson. He portrayed Viscount Raoul de Chagny in the 2004 film Phantom of the Opera, has an incredible acting range and is a bit under-appreciated. This film was a notch above a Lifetime movie with a lot of skin, not exactly a motion picture, per se'. The supporting cast was also what you would expect in a racy mini-series but just lacked the film panache that I was expecting. In fact, if the story was strong enough to warrant an HBO, Netflix or Amazon mini-series, I think he could carry off a different version of "House of Cards". It was worth the rental fee and a day in bed with a hangover and hamburger.
5 people found this helpful