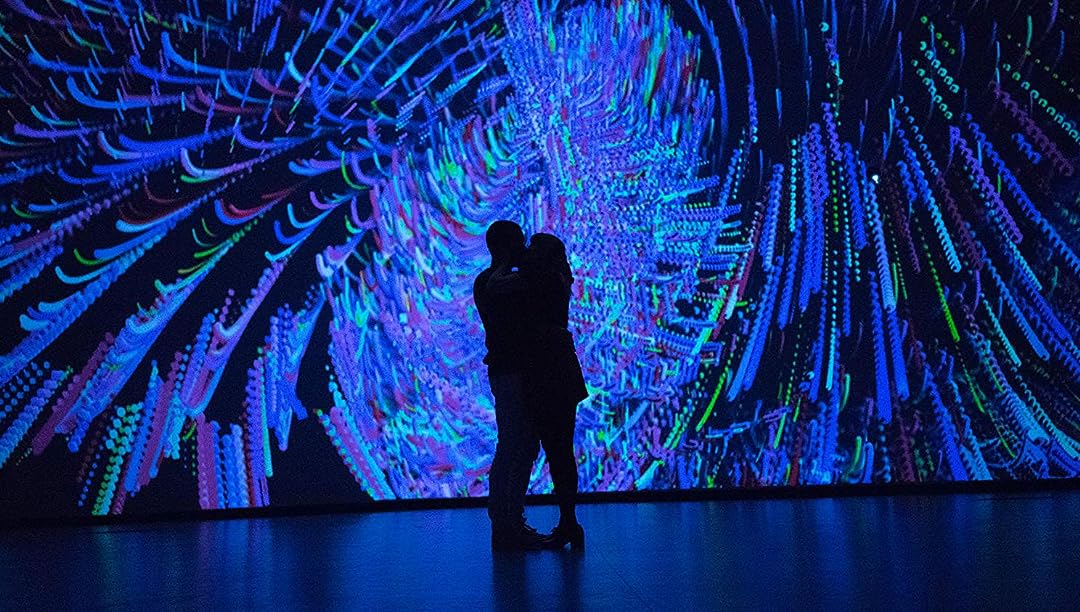 (375)
6.01 h 43 min2018X-RayR
ZOE tells a tale of forbidden love between an engineer and a robot. ZOE (Léa Seydoux) and COLE (Ewan McGregor) are colleagues and veiled lovers at a lab working to perfect romantic relationships. But their relationship is threatened when Zoe discovers the truth about their relationship, sending them into a spiral of confusion, betrayal and the most intense of human emotions, love.

ThebookbellaReviewed in the United States on July 29, 2018
5.0 out of 5 stars
An unconventional romance with a deeper truth
Verified purchase
This is a love story about a man, Cole and a women, Zoe. Cole is in engineer that designs synthetic robots and tests the measure compatibility between couples, and Zoe oversees the lab. Zoe begins to have feelings for Cole and decides to take the compatability test to see how Cole and her measure up. To Zoe's disappointment they get a zero percent compatibility ratings. Zoe confesses to Cole what she has done and Cole tells her it's because she is a synthetic who has lived for two months as a normal human being.

This is a conflicting thing for Cole, to fall for his creation. He knows what she is and is scared to latch onto something he believes has no true emotions. He wrestles with himself only to find his own destruction in the face of his life without her.

This story shows not only the addictive nature of love but also how life without it in a true form is meaningless. How love transcends all boundaries and how it can change what we are. This is a story about how sometimes the only thing that matters is what's in our hearts, real or synthetic.

I watched this movie twice in a 24 hour period and I find its deeper message both compelling and touching. This is a movie for people who like the unconventional romance.

ONCE AGAIN, WHOEVER WRITES THESE DESCRIPTIONS OF FILMS FOR AMAZON, DOESN'T WATCH THE FILMS AND WRITES SOME RIDICULOUS IDIOTIC DESCRIPTION THAT HAS NOTHING TO DO WITH THE FILM.

LOVE IS NOT FORBIDDEN BETWEEN AIs AND HUMANS IN THIS FILM. What happens in this film is as interesting as the characters well acted by the cast. Great directing, editing, lighting, sound, etc.. Nicely done.

(And to whoever wrote the description and whoever paid you - YOU BOTH NEED TO FIND NEW JOBS!)
122 people found this helpful

Gary B. E. TuganReviewed in the United States on September 3, 2018
5.0 out of 5 stars
Helluva Movie - surprised me
Verified purchase
Happened across this movie today - so glad I did! I was so surprised at how much I loved this movie! So much so that I HAD to do some internet surfing to read more about it afterwards. The movie explores what's "Real" about love; it addresses whether love is something to be felt only by humans, or is it possible our AI creations might evolve beyond ones and zeros. In my internet readings I noticed certain (unnamed) critics who seem to have totally missed the points of the movie (noted in reading these moron's comments). I even noted a bit of irony - these critics are like robots...spewing out mechanical bs dribbling, clearly NOT understanding the human emotional aspects of this movie, unlike their artificial subjects that the movie explores. Therefore, after reading such dribble, It was good to see the Google users / raters giving it a fittingly high rating. This will be a movie that I think about and talk about for weeks.
25 people found this helpful

Anom Pen-NameReviewed in the United States on July 20, 2021
5.0 out of 5 stars
The subject matter has a lot of competion
Verified purchase
It can't compete with Blade Runner, but not for lack of trying. So grateful that they didn't cast Scarlett Johansson as Zoe. The film is well done- the script, the acting,and Cigarettes After Sex on the sound track, what's not to like?

I read all the negative reviews,my mental reply was " hey, it's just not your sort of movie?

I did need to comment about the critical review that called this production "a plagiarism of the Pygmalion story " It is not! . It's the exact opposite- the Creator can not love his Creation. Indeed the Creator is incapable of surrendering to Love for anyone- flesh or synthetic. . I thought his ex-wifes role was vital to the plot- not too much screen time yet enough to provide a limited Greek Chorus.

I believe that most of the One-Star reviews lack an appreciation for the historical context in AI films.
I personally believe that most people will enjoy most of this movie. The "slowness" of the plotting allows for a degree of character development. (With the exception of the Synthetic Ash- which was a wasted opportunity).
6 people found this helpful

Pele's FireReviewed in the United States on July 21, 2018
5.0 out of 5 stars
Thought-provoking!
Verified purchase
This movie is intense, surreal, plausible, and futuristic. It reveals the near perfection of artificial intelligence (AI) and the employment of robotics in fulfilling the absence of loving relationships in the present and future. It suggests that synthetics in human form can have a useful purpose for those seeking love and companionship but cannot, for some reason, find it with other humans. Many may perceive this film as controversial and the concept distasteful, but the reality is that we are not far from limited scaled development and production of robotics in human form today.
23 people found this helpful

J. MiltzerReviewed in the United States on July 23, 2018
4.0 out of 5 stars
A character-driven story about love between humans and synthetics
Verified purchase
This film shows the beauty of romance between a synthetic and a human. It requires some suspension of disbelief since the technical aspects are not covered at all. Instead the focus is on the characters and how they develop into uniquely flawed people.

I enjoy films that make the viewer question what it is to be human. There were some unnecessary sidetracks in the story, but ultimately it was a very enjoyable experience. This made me think of the movie "Her" (2013), which shares some similarity in its story and aesthetic.
18 people found this helpful

Brother PunchReviewed in the United States on August 4, 2018
5.0 out of 5 stars
Moving and Thought Provoking (2nd Paragraph Contains Semi Spoilers)
Verified purchase
It's amazing what science fiction can be achieved with little technology. Ridley Scott is the Executive Producer of this film but there was less tech in the entirety of this film than the first picosecond of any of his recent Alien films. But you get swept into the premise, dissolved in the character's striving, feeling, trying to being.

This film is deeply moving: what is identity? Is love the feeling within us or the feeling between us? Does it matter if it's the result of synthetic chemistry or AI? Can love be real with an AI if it knows it's not? Astonishing. No CGI (that I could tell). Great acting, great script.
13 people found this helpful

newtReviewed in the United States on May 1, 2020
1.0 out of 5 stars
worse than a "Made for TV Movie" from the 1970s
Verified purchase
Who is responsible for this production? Who greenlights such unworthy material? Where do they find production crews so devoid of talent and/or imagination? The director, and the director of photography should find new career paths. The writer should learn to write. Ewan McGregor's agent should be fired. What a crazy business that things as bad as this can get made, but what's worse is that having been made it is still put out into the world instead of every copy, every file, every still photo being hunted down, and destroyed. The audience deserves to be considered. I wont say that this is the worst thing ever made because that would make it a criterion, a penultimate paradigm, and it is none of those things. This is just something you never think about again after you walk out, and close the door to the loo.
4 people found this helpful
See all reviews
Back to top
Get to Know Us
Make Money with Us
Amazon Payment Products
Let Us Help You
EnglishChoose a language for shopping. United StatesChoose a country/region for shopping.
© 1996-2022, Amazon.com, Inc. or its affiliates