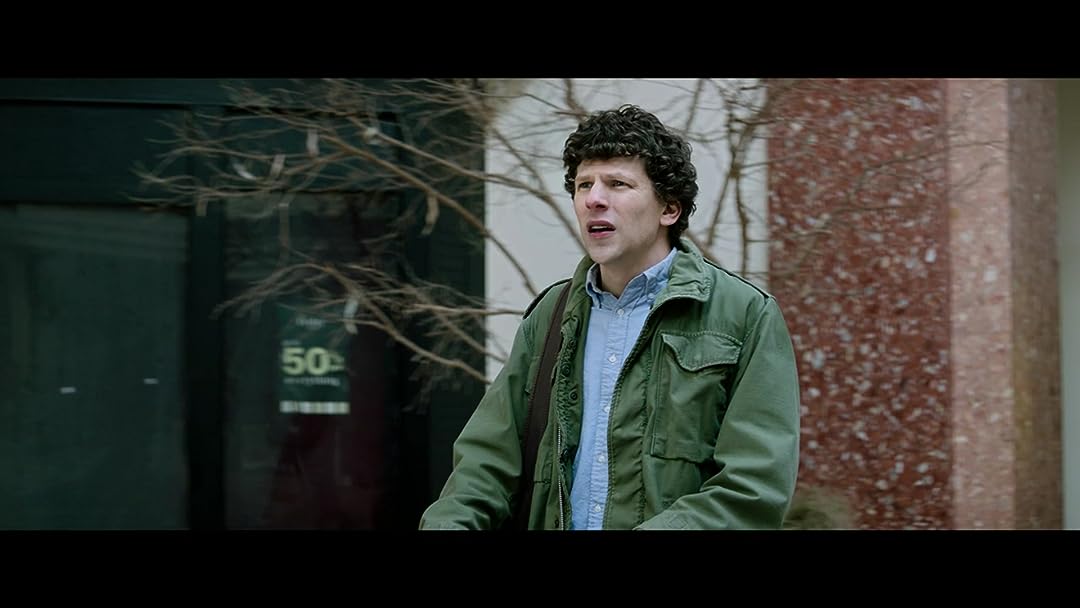 (8,179)
6.72 h 33 min2019X-RayR
Through comic mayhem from the White House to the heartland, four slayers face off against new kinds of evolved zombies and new human survivors.

Tina G.Reviewed in the United States on December 25, 2019
4.0 out of 5 stars
Rule 2: Whatever the nine-uple word is tap
Verified purchase
Zombieland: Double Tap gets 3 ½ stars despite the star power involved with this sequel. If you enjoyed the first film, you should watch this at some point. While it’s not as strong as the first, it’s still deserves a watch. I’m mixed on the buyer’s remorse, part of me says it was worth it, while the other part says I should have waited to rent it.

What’s it about? The group has been living in the White House for the past ten years. Columbus and Wichita have struck up a romance and Columbus feels it’s a good time to propose to Wichita. Only she gets cold feet and runs away with Little Rock. While the ladies are out and about, Little Rock meets Berkeley and ends up running off with him. Wichita goes back to the White House for weapons and is discovered by the guys, who then agree to help her find Little Rock. Only prob? Columbus has shacked up with an annoying girl named Madison. While searching for Little Rock, the group meets some new folks, some of which stay while others go away rather quickly. Enter a trip to Graceland (sort of) before the group heads to Babylon, a hippiesque commune, and meets up with Little Rock. The large Z battle takes place at Babylon. You will get a happy ending.
The Z action starts out a bit slow and eventually picks up the pace. There’s a little too much focus on relationships. I enjoyed the new Z variety- the Homer’s, the Hawking’s, the Ninja’s, and the T-800’s. Only wish there would have been a little more Z action, but it is what it is and perhaps you’ll feel different. There’s a little bit of flash (monster truck scene), some new rules, a zombie jump, and new characters (two are doppelgangers of Columbus and Tallahassee that add a certain amusement to the film). The humor is overall a hit, only a couple duds. Meh to the Madison character...why, just why? Bill Murray and Al Roker have a scene in the credits and the bonus features were good- makes sure to watch these.

Overall, I’m sure the die hard fans will love it, but if you’re like me- loved the first film but expect a little more from a sequel, you’ll be in the middle.

Rule 2: Whatever the nine-uple word is tap
“They say when something bad happens, you have three choices: Let it define you, destroy you, or strengthen you.”
“Home isn’t a place, it’s the people you’re with.”

As for Bill Murray in Zombieland 3, your two choices are: he’s a zombie who blows up gophers or is toking in a Z drum circle and snacking on Stay Puft.

For those needing a parental guidance/trigger warnings: swearing, death, violence, sex implied but not shown, weapons (guns or like items).

JawlsReviewed in the United States on December 29, 2019
3.0 out of 5 stars
Good not great
Verified purchase
The second movie has the problem of being held up to its older sibling and while good, falls short in comparison. The first movie introduced a dangerous world. The protagonist had rules that kept him safe. Ignoring said rules often had comedic and sometimes deadly consequences. It was horror and comedy balancing on a seesaw that heightened the humor and raised the stakes on a human level when danger presented itself. The second movie is more of a gory family film. We are given new information about zombies which present them as still viable threats to seasoned veterans. Up until halfway through the movie this information is played for the potential calamity it could bring. As the movie comes nearer to conclusion however it felt like the zombies that were discretely organized earlier were once again a homogeneous sample from the first movie.
4 people found this helpful

Avid ReaderReviewed in the United States on December 31, 2019
3.0 out of 5 stars
Wait for it on Prime for free.
Verified purchase
Nowhere near as good as the first. Actors tired, lame, going through the motions for a payday. Disjointed, really nothing to engage your interest.
6 people found this helpful

c coppleReviewed in the United States on December 25, 2019
5.0 out of 5 stars
Prefect.....Just Perfect
Verified purchase
Movie exceeded my expectations by far. The movie seemed to be the natural progression of their story. Its where and how I'd imagine their lives would be.....It stayed true to the first movie and remained fun and fresh. I busted out laughing four or five times. It again was that odd combination of humor, relationship dynamics, violence, and zombies that many movies have tried and failed at....but somehow Zombieland: Double Tap just excels.
If you liked the first one....then buy this one. It has all the same ingredients that made the first one so good.
2 people found this helpful

TWReviewed in the United States on January 4, 2020
3.0 out of 5 stars
Adequate sequel
Verified purchase
I really wanted to love this movie like the first. It's hard to make a sequel as good as the original film. This falls into the same genre. Entertaining yes, short of the first definitely.
4 people found this helpful

KellyReviewed in the United States on February 29, 2020
3.0 out of 5 stars
Some good genuine laughs, some contrived laughs
Verified purchase
This movie was funny enough. It had its moments. I love Woody Harrelson, always have. I loved the first Zombieland, and Emma Stone's character is probably one of the most relatable characters in a totally fictionalized scenario. I had high hopes for this movie, and I wasn't totally disappointed. But it was nowhere near the magnitude of the first. Some of the laughs feel forced at times. I did enjoy the addition of Rosario Dawson. The movie felt predictable at times. And I feel like it wouldn't have taken Abigail Breslin's character nearly as long as it did to realize her new friend was such a poser. She's way too smart for that...even if she was just looking for age-appropriate companionship. But it did make for good laughs when she finally calls him out on it. **Bill Murray only in bonus material** Overall, I would recommend if you enjoyed the first, but don't expect to be overwhelmed.
One person found this helpful

Michael frommReviewed in the United States on December 29, 2019
2.0 out of 5 stars
Sucked
Verified purchase
No gun hippy commune in a zombie movie
Movie sucked
4 people found this helpful

Timothy W. ElliottReviewed in the United States on July 26, 2020
3.0 out of 5 stars
Cookie Cutter Sequel
Verified purchase
Very disappointed with this one , nowhere near as much fun .Dont get me wrong it has a few bright spots, such as Madison the ditzy blonde and another Bill Murray cameo that is hysterical .But overall the rest of the movie is a big yawn .Emma Stone and Jesse Eisenberg are the love interest and there is zero chemistry between the two .Woody Harrelson is solid as usual but the rest of the cast seems to just go through the motions . The lackluster script could be to blame for that though . If you have a hankering for a zom com movie I would suggest you skip this one and go straight to the first Zombieland or better yet Shaun of the Dead ! Both are far better than this tired sequel .
See all reviews
Back to top
Get to Know Us
Make Money with Us
Amazon Payment Products
Let Us Help You
EnglishChoose a language for shopping. United StatesChoose a country/region for shopping.
© 1996-2021, Amazon.com, Inc. or its affiliates