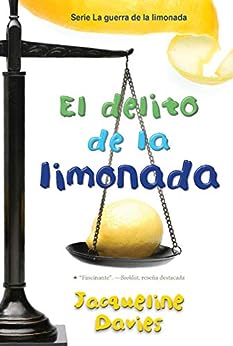 
A Booklinks favorite
One of the 100 Titles of the New York Public Library in the Reading and Reading section to share
“A fascinating chapter book.” —Booklist, featured review


Fact: A week ago, two hundred and eight dollars disappeared from the pocket of Evan Treski’s shorts.

Fact: Evan and Jessie had worked hard during the summer to get that money, preparing lemonade, loading it around town, standing in the hot summer sun to earn every penny.

Accusation: Scott Spencer is charged with the crime of stealing lemonade money. Class 4-0 accordingly cites him to the court in front of a judge, witnesses and a jury of peers.

Will the truth be known at the trial? And if so, will justice be done?

"The realistic depiction of the children’s emotions and ways of expressing them will resonate with readers. Great for discussion, this involving and, at times, riveting chapter book has something to say and a deceptively simple way of saying it."—Booklist, starred review

fraud (frôd), n. The crime of deceiving someone for personal or financial gain; a person who pretends to be something that he or she is not.

Jacqueline Davies is the talented writer of several novels and picture books, including The Lemonade War series, the Sydney & Taylor series, and The Boy Who Drew Birds. Ms. Davies lives in Needham, Massachusetts, with her family.


--This text refers to an alternate kindle_edition edition.
Read more

4.1 out of 5 stars
4.1 out of 5
7 global ratings
How are ratings calculated?
To calculate the overall star rating and percentage breakdown by star, we don’t use a simple average. Instead, our system considers things like how recent a review is and if the reviewer bought the item on Amazon. It also analyzes reviews to verify trustworthiness.
Top reviews

Mum
1.0 out of 5 stars This Book is SPANISH ONLY
Reviewed in the United States on October 4, 2021
Verified Purchase
I chose this book specifically because my student needed a bilingual Spanish/English book for Spanish class. The book arrived and is a Spanish-only copy.

The listing states it is Spanish/English and it says this in several areas of the listing. Will be sending this back.