2
Star Wars: Boba Fett: Crossfire: Book 2 (Clone Wars Novel, A)
by Terry Bisson (Author
4.4 out of 5 stars (83)
In this second volume in the Boba Fett series, while the Clone Wars rage throughout the galaxy, bounty hunter Aurra Sing takes Boba Fett to Count Dooku's lair on toxic planet Raxus Prime. Boba Fett thinks Dooku will help him become a bounty hunter...but Dooku has other plans, as do the Jedi. And when Boba Fett is caught in the crossfire on Raxus Prime, what he discovers there will change the course of his life.
Read more

3
Star Wars: Boba Fett: Maze of Deception: Book 3 (Clone Wars Novel, A)
by Elizabeth Hand (Author
4.5 out of 5 stars (61)
Don't miss the third adventure in the Boba Fett series! When Boba Fett's father, Jango Fett, died in the first Clone War battle, he left a fortune behind on the planet Aargau. Only bounty hunter Aurra Sing knows its location—but only Boba Fett can get to it—so they need each other to find and retrieve the fortune. But can they trust each other? As the search for his father's fortune becomes dangerously complicated, Boba Fett must outsmart his enemies, hidden and otherwise. His future depends on it.
Read more

4
Star Wars: Boba Fett: Hunted: Book 4 (Clone Wars Novel, A)
by Elizabeth Hand (Author
4.3 out of 5 stars (30)
In this fourth exciting adventure in the Boba Fett series, Boba Fett travels to the planet Tatooine to find Jabba the Hutt—the greatest crime lord of all—so he can become a bounty hunter. But Jabba the Hutt is not easily found. So when Boba Fett finally tracks him down, Jabba has just one assignment for him: capture a deadly bounty...or else.
Read more

5
Star Wars: Boba Fett: New Threat: Book 5 (Clone Wars Novel, A)
by Elizabeth Hand (Author
4.5 out of 5 stars (48)
Join Boba Fett in this fifth adventure in the series. When you work for Jabba the Hutt, you do what he says—no matter what. So when Jabba sends Boba into the thick of the Clone Wars, there is no backing down. Boba crosses paths with General Grievous—fierce, strong, and working to overthrow the Republic—and sparks fly. The time has now come for Boba Fett to prove himself as Jabba's newest bounty hunter.
Read more

6
Star Wars: Boba Fett: Pursuit: Book 6 (Clone Wars Novel, A)
by Elizabeth Hand (Author
4.2 out of 5 stars (35)
Don't miss the exciting conclusion of the Boba Fett series! After surviving the battle with General Grievous, Boba Fett is emerging as one of the galaxy's most skilled bounty hunters. But Boba has his eye on one bounty: Mace Windu, the Jedi who killed his father. When Boba finds himself on Coruscant, he plunges into the planet's underworld and finds Mace Windu for the greatest confrontation of his life—and his only chance at revenge.
Read more 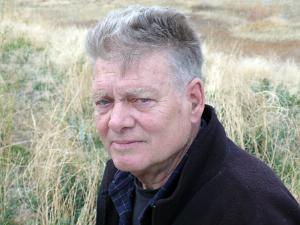 Elizabeth Hand
Back to top
Get to Know Us
Make Money with Us
Amazon Payment Products
Let Us Help You
EnglishChoose a language for shopping. United StatesChoose a country/region for shopping.
© 1996-2022, Amazon.com, Inc. or its affiliates