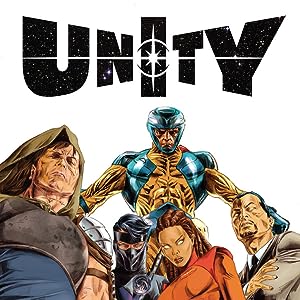 The world's most dangerous man, Toyo Harada, has been struck by the one thing he never thought possible - fear. Halfway across the globe, a new power threatens to topple modern civilization and, to preempt the cataclysm that is to come, Harada will unite the most lethal, most volatile, most unforgiving team the world has ever known - UNITY. Their mission: defeat the warrior king armed with the universe's most powerful weapon. Kill X-O Manowar!

You've heard the buzz, you've seen the reviews. If you still haven't jumped onto Valiant Comics, the time is now! This November, UNITY is the perfect entry point for new readers.
Read more

When will I be charged for each book?
Pre-orders will be placed within 24 hours, but you will not be charged until books are released and ready for download. We will automatically charge your default payment or other payment method on file.
You've subscribed to UNITY (2013-)! We will preorder your items within 24 hours of when they become available. When new books are released, we'll charge your default payment method for the lowest price available during the pre-order period.
Update your device or payment method, cancel individual pre-orders or your subscription at
Your Memberships & Subscriptions
There was an error. We were unable to process your subscription due to an error. Please refresh and try again.
All titles below are free to borrow with a Kindle Unlimited subscription.
Price: $81.43 for 7 item(s)
Sold by: Amazon Digital Services, Inc.
Items included: 1 - 7
Unity Vol. 1: To Kill A King (UNITY (2013- ))
by Matt Kindt (Author) and 2 more
4.6 out of 5 stars (78)
$9.49
To kill a king...they created an army.

The world's most dangerous man, Toyo Harada, has been struck by the one thing he never thought possible - fear. Halfway across the globe, a new power threatens to topple modern civilization and, to preempt the cataclysm that is to come, Harada will unite the most unforgiving team the world has ever known - UNITY. Their mission: defeat the threat responsible for the destruction of MI-6, the decimation of an alien world, and the occupation of Eastern Europe... Unseat the warrior king armed with the universe's most powerful weapon... Kill X-O Manowar!

Coming off of the earth-shattering repercussions of their first mission, Ninjak is leading the newly formed Unity team right back into the trenches to face the Valiant Universe's next colossal threat - the enigmatic Dr. Silk and his high-tech terror cell: WEBNET! With the fate of untold millions on the line, can this team of cutthroat heroes uncover Silk's endgame - and his connection to Ninjak's shadowy past?

When an ultra-powerful threat from deep space begins brutalizing Earth, humanity's fi rst
response is - who else? - the fearless team of heroes, soldiers, and short fuses called Unity!

A new day has dawned for the elite assemblage of heroes called UNITY, and, in the wake of the Armor Hunters' invasion, the time has come to grow their ranks. Who will be the next fearless hero to join the roster of the world's most elite superteam? And just what is the international strike force called THE UNITED - and why have they marked UNITY's own X-O Manowar, Ninjak, Livewire, and Eternal Warrior for elimination?

The United have left Unity decimated - a member lost, a terrible secret revealed, and the entire world turned against them. Not Harada, not Dr. Silk, not even the mighty Armor Hunters left the team as fractured as this! Now, Unity must decide where their place is in this new world and whether they will stand together or fall apart. Start reading here as Valiant superstars Kindt and Pérez lead the world's most elite superteam into a concussive showdown that will leave its members reeling...and rebuild Unity one hero at a time!

For thousands of years, the Eternal Warrior has waged battle; and for thousands of years, one spirit has vexed him...the spirit of warfare itself. Today, Gilad Anni-Padda and his teammates in Unity must reckon with a long - thought-forgotten enemy-unseen since Unit-Y faced it in World War II - now returned to bring destruction and death to the heroes once and for all. Unity may not survive the coming of War-Monger!

From New York Times best-selling writer Matt Kindt (DIVINITY) and red-hot artists Jose Luis and Jefte Palo, the unstoppable War-Monger tears a swath through the ranks of Unity right here in the next volume of the chart-topping series IGN calls "a big superhero book done right." Collecting UNITY #19-22.
Read more
Other Formats: Paperback
UNITY (2013- ) Vol. 7: Revenge of the Armor Hunters
by James Asmus (Author) and 16 more
3.8 out of 5 stars (4)
$11.99
The Armor Hunters never leave a man behind!

GIN-GR, the reformed killer robot who destroyed Mexico City and rampaged through downtown Los Angeles during the Armor Hunters' attack, has turned on her Unity teammates! As she perpetrates the world's most unstoppable jailbreak– a head-first, guns-blazing, kamikaze flight straight into the military base that holds her one-time squad – can X-O Manowar, Livewire, Ninjak, and the Eternal Warrior stop the giant engine of destruction... while trapped inside it?

Then: Matt Kindt presents the grand finale to his acclaimed two-year run on Valiant's premier superteam...but not before James Asmus (QUANTUM AND WOODY), Elliott Kalan (The Daily Show), Michael Kupperman (Tales Designed to Thrizzle), and more put Unity through the wringer! 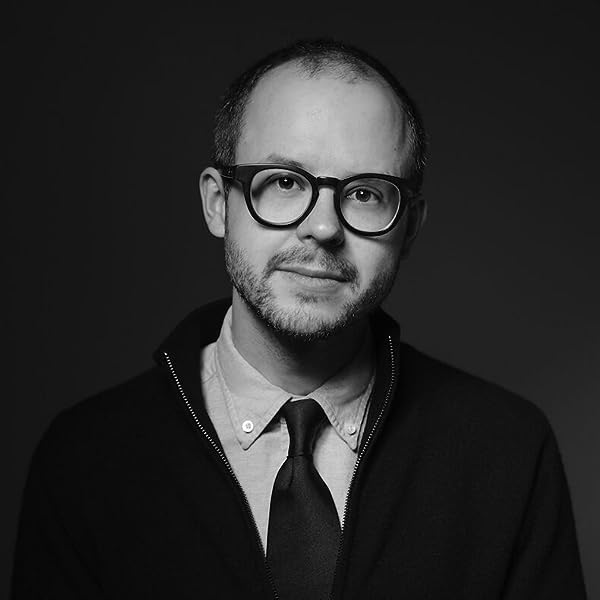 In comics, he's written for characters like Loki, Black Panther, Deadpool, Harley Quinn and others for Marvel, D.C. Comics, Valiant Comics, and Boom! Studios. With co-writer Eliot Rahal, and artist Kendall Goode, he is co-creator of the creator-owned comic, The Doorman.

He was also a founding editor of ClickHole (2014), and former humor editor for BuzzFeed (2014). He has written humor for outlets like The New Yorker, McSweeneys, APM's Marketplace, and The Onion News Network.

He is a frequent podcast and live comedy guest, and is married to his favorite author, Jennifer Wright.

TV & Film Representation: Underground; Verve
Literary Representation: Hannah Mann, Writers House
Read more
Back to top
Get to Know Us
Make Money with Us
Amazon Payment Products
Let Us Help You
EnglishChoose a language for shopping. United StatesChoose a country/region for shopping.