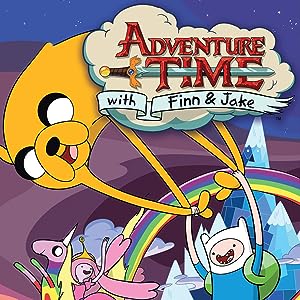 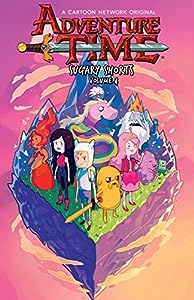 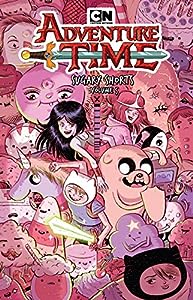 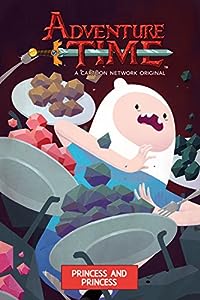 Adventure Time Vol. 11: Princess and Princess
by Jeremy Sorese (Author) and 3 more
4.4 out of 5 stars (5)
$7.99
When Finn is asked to kingdom-sit for Rock Princess, he’s excited to take a break from his usual responsibilities. That is, until the underground kingdom turns to him with pressing matters in need of deliberation. Now charged with “princess” duties, Finn is overwhelmed by his new job. Especially if it means war against...Princess Bubblegum!
Read more
Other Formats: Paperback 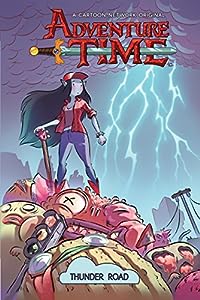 Adventure Time Vol. 12: Thunder Road
by Jeremy Sorese (Author) and 2 more
4.7 out of 5 stars (13)
$7.99
Marceline starts feeling restless and comes across a motorcycle gang of storm clouds. Marceline sets off on the open road with her new friends but things take a turn when she realizes that the storm clouds might be taking things a bit too far when it comes to their pranks. Luckily, the answer comes from an unexpected source who just happened to be trailing the clouds… for research, of course.
Read more
Other Formats: Paperback
Adventure Time: Marceline the Pirate Queen
by Leah Williams (Author) and 3 more
4.9 out of 5 stars (19)
$10.49
Princess Bubblegum is left with no other option when pirates infiltrate the Candy Kingdom and steal a most precious treasure from underneath her nose. Without a navy (sugar dissolves in water!), Princess Bubblegum turns to the one person she can trust to retrieve the lost item: Marceline! Together with BMO, Marceline sets sail in pursuit as the dread Pirate Queen, where she faces deadly sea monsters and more in her quest to reach the fabled Domekicker Islands. Join writer Leah Williams (X-Men: Gold) and artist Zachary Sterling (Bee & Puppycat) as Marceline and BMO learn exactly what it takes to survive the furious oceans of Ooo!
Read more
Other Formats: Paperback
Adventure Time with Fionna & Cake: Party Bash Blues
by Kate Sheridan (Author) and 3 more
5.0 out of 5 stars (1)
$6.99
It’s a very special day in the Land of Ooo: Fionna the Human’s birthday! To surprise her, Prince Gumball and Marshall Lee have Cake distract Fionna with an adventure as they prepare the biggest surprise party in history. But when Prince Gumball’s experimental serum turns Fionna’s birthday cake into a monster, everyone must work together to save the Candy Kingdom...and maybe a friendship, too! Join writer Kate Sheridan (Fallow Time) and artist Vivian Ng (Nickelodeon The Legend of Korra - Turf Wars) on a brand-new adventure in the incredible world of Cartoon Network’s Adventure Time.
Read more
Other Formats: Paperback
Adventure Time #1
by Aaron Renier (Author) and 5 more
4.7 out of 5 stars (5)
$1.99
It's Adventure Time! Join Finn the Human, Jake the Dog, and Princess Bubblegum for all-new adventures through The Land of Ooo. The top-rated Cartoon Network show now has its own comic book! With the show exploding in the ratings, garnering rave online reviews, major cosplay at the San Diego Comic-Con, and huge displays dominating the New York Comic Con, it's clear fandom is obsessed and 2012 is the Year of Adventure Time! Don't miss out on this new phenomenon - this first issue is sure to get snapped up!
Read more
Other Formats: Paperback , Comic Book
Error in processing your request, please try again later.
Show All 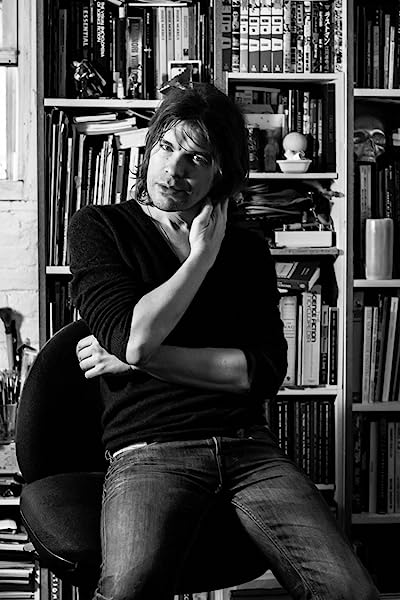 Paul Pope
Biography
Author
PAUL POPE (b.1970) is an American writer/artist/designer living and working in New York City. He has been working primarily in comics and screenprinting since the early '90s, but has also done a number of projects with Italian fashion label Diesel Industries and, in the US, with DKNY. HIs recent collaboration with Errolson Hugh/Acronym for Nike's AF1 debuted spring 2017. His media clients include LucasArts, NBC, Disney, Cartoon Network, Marvel Comics, DC Comics, Conde-Naste, Kodansha (Japan), Sapporo (Japan), Dargaud Editions (France), EMI Canada, The Grateful Dead Estate, and The British Film Institute. His iconic Batman: Year 100, a science fiction take on the classic Batman origin tale, appears frequently on many Top 10 Batman story lists. In 2010 Pope was recognized as a Master Artist by the American Council Of The Arts. His short science fiction comic strip Strange Adventures (DC Comics)--an homage to the Flash Gordon serials of the '30s-- won the coveted National Cartoonist Society's Reuben Award for Best Comic Book of the year. He has won 4 Eisners to date and 1 Harvey Award. His latest book, Battling Boy, debuted at #1 on the New York Times best-seller list, his third book to hit the NYT Top 10.

He is currently working on Battling Boy 2, the second book in the epic science fiction/fantasy series for First Second/MacMillan, featuring a an unlikely pair of two young superheroes-in-training forced to make an alliance and defeat an overwhelming army of monsters.
Read more 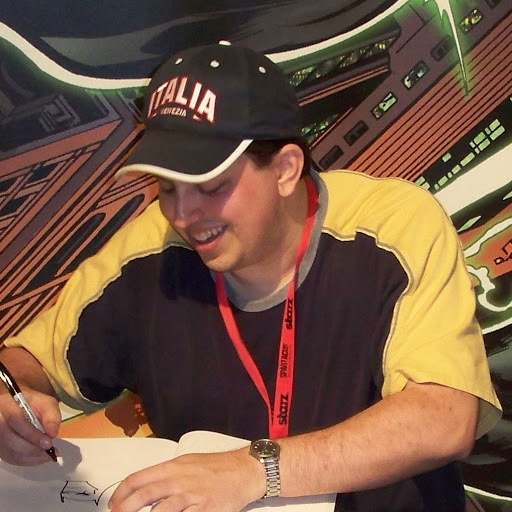 Derek Fridolfs
Biography
Derek Fridolfs is a New York Times bestselling author and Eisner nominated writer.  He works in the comic book industry as a writer, artist, and inker.

And he's been Eisner nominated for co-writing Batman: Li'l Gotham with Dustin Nguyen for DC Comics. 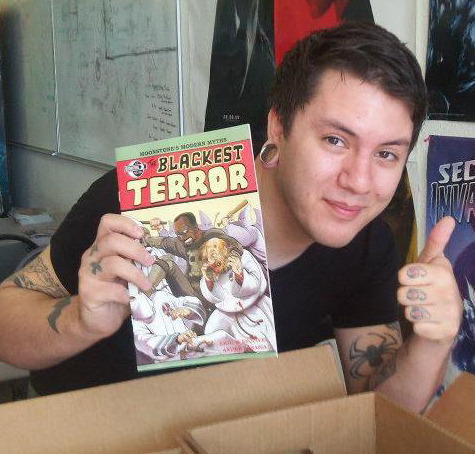 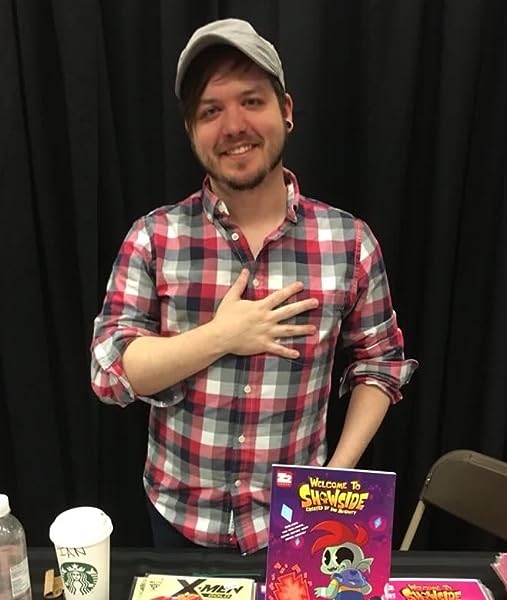 Ian McGinty
Biography
Ian McGinty is an American artist, writer, and designer. He is the creator of Welcome to Showside!, the animated series (Modern Prometheus Productions), as well as the Welcome to Showside! comic books series (Z2 Comics). Ian has worked on Nickelodeon's INVADER ZIM movie and is currently lead artist on Boom Studios' Rocko's Modern Life comic series. He has worked on Adventure Time & Fionna and Cake (Boom! Studios), and is a contributor for PowerPuff Girls (IDW/PRH) and the Invader Zim comics (Oni). He is also an artist for the Steve Jackson Games' Munchkin card and comic book line. His original graphic novel, GLINT: Cloud Raiders, will be out with Lion Forge next year.
Read more 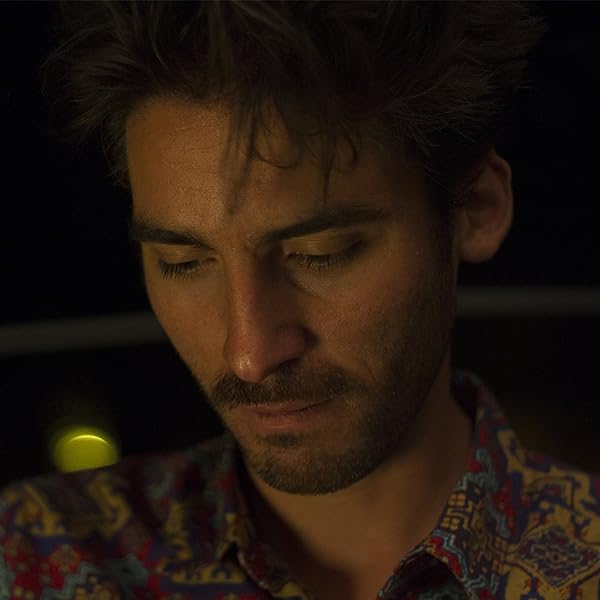 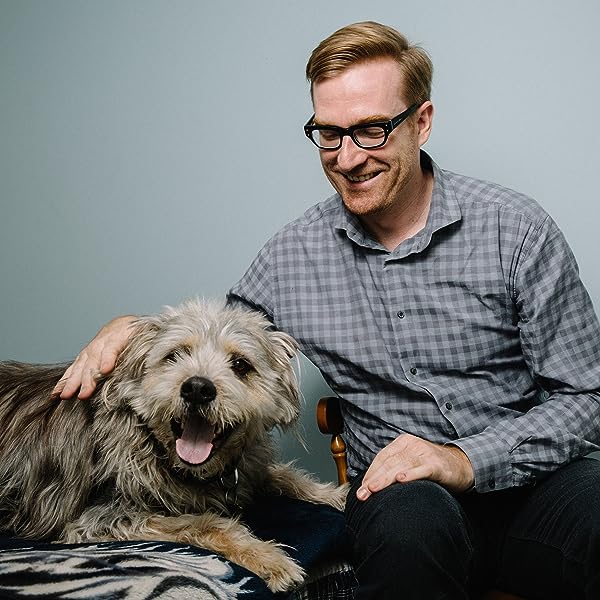 Ryan North
Biography
Ryan North is the (New York Times bestselling, Eisner-award winning) creator of Dinosaur Comics, the co-editor of the Machine of Death series, and the author of To Be or Not To Be, the choose-your-own-path version of Hamlet! He has written the "Adventure Time" comic and writes "The Unbeatable Squirrel Girl" for Marvel Comics, who you might know from their movies about an iron man.

He also once reviewed the novelization of Back to the Future, page-by-page, which was crazy. I think you can buy that book on this site too. It's called "B to the F". Maybe check it out!!

He lives in Toronto, Canada with his wife Jenn and his dog Noam Chompsky!
Read more 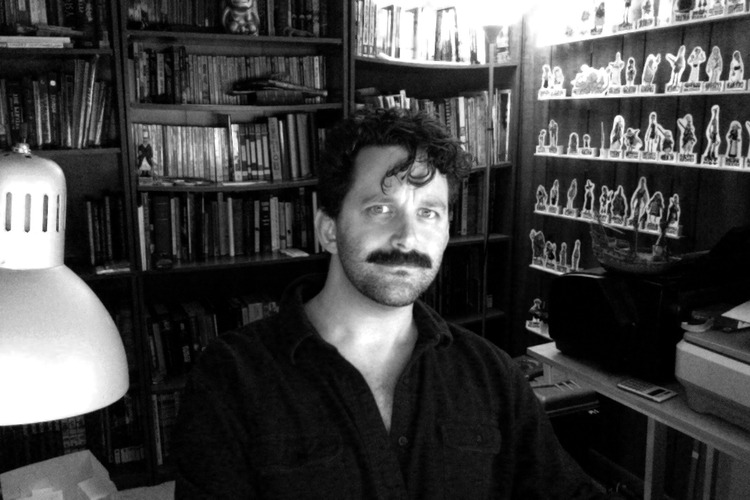 Chris Schweizer
Biography
Chris Schweizer (b. 1980) writes and draws stories. His first book, Crogan's Vengeance, is a pirate story and was completed while he was in graduate school, studying Sequential Art at the Atlanta campus of the Savannah College of Art and Design. The book earned Chris his first Eisner Award nomination and likely helped him earn a place on the faculty of the same school, where he taught for five years before deciding to hang up his professor hat and create books full-time. He now lives in Nashville, TN with his wife and daughter.

Chris is the creator of The Crogan Adventures graphic novels, a historical fiction series that recounts the exploits of the various members of the fictitious Crogan family over the last three hundred years. The third book, Crogan's Loyalty, also received an Eisner Award nomination.

In addition the the Crogan stories, Chris is the author (but not the illustrator) of the Tricky Journeys series, a pick-the-ending set of early reader books based on folklore from around the worlds, and wrote and drew the Adventure Time story "The Princess of Rad Hats," in which Finn reluctantly becomes a princess. In addition to books, he does character, prop, and environment design for animation.
Read more 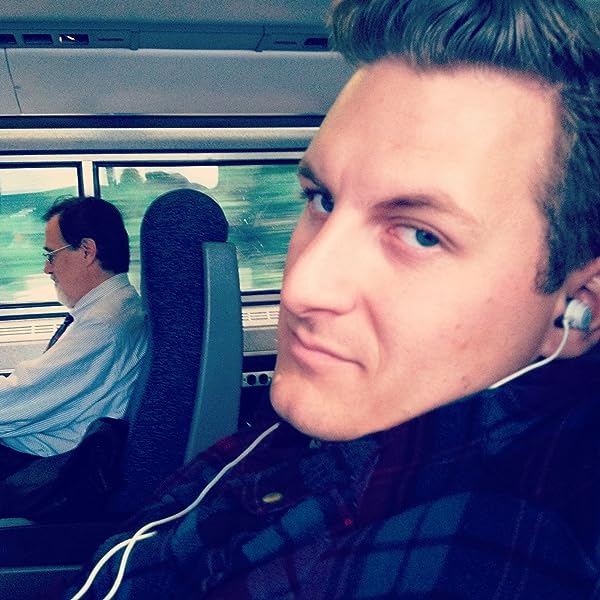 Bryce Carlson
Biography
Bryce Carlson is a Southern California native and author of the multiple Harvey Award-nominated crime noir comic book series, HIT. His other comic book works include Cartoon Network's ADVENTURE TIME and Disney-Pixar's WALL-E. A graduate of Chapman University, Carlson has worked at the comic book publisher BOOM! Studios for nearly a decade, working his way from the mail room to Managing Editor. He lives in Los Angeles with his wife and son.
Read more 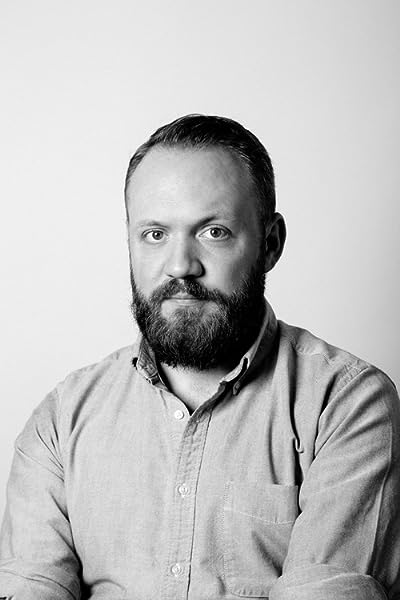 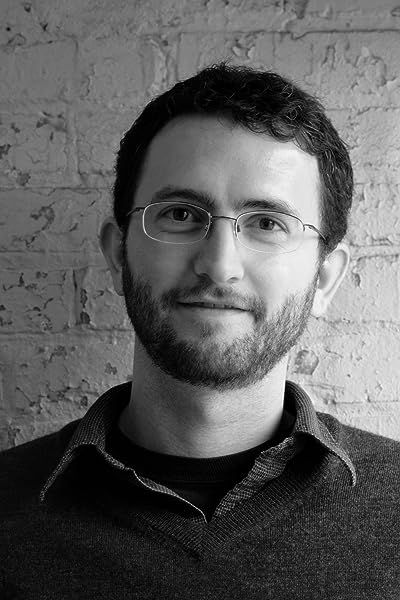 Kevin Cannon
Biography
Kevin Cannon is a cartoonist and illustrator who loves listening to hockey games and reading old maps. He lives in Minneapolis with his wife, Maggie.
Read more 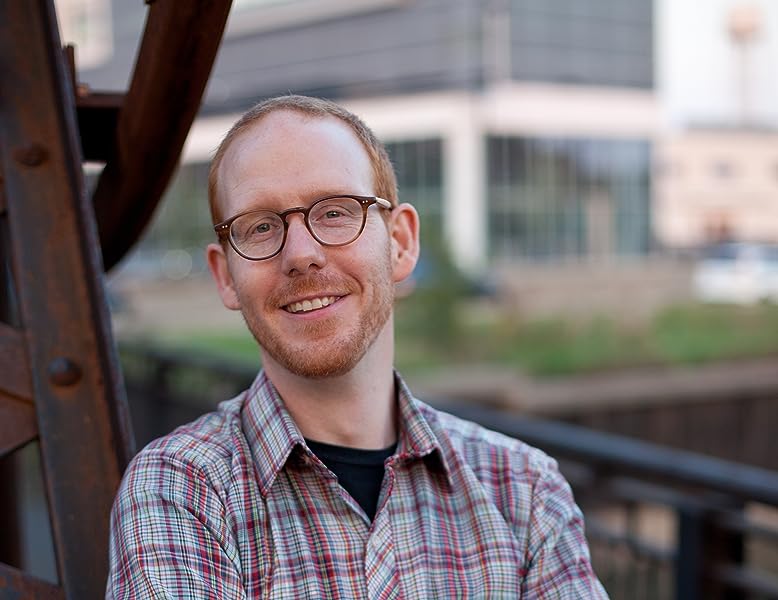 Conor McCreery
Biography
Conor McCreery is a former journalist turned comics scribe. After receiving ONE too many death threat, he decided to move into the world of comics - and has worked for many of the industry's top publishers including DC, IDW, BOOM!, Titan, and Dark Horse. He writes about sensitive boys and kick-ass girls, although not always in that order.
Read more
Back to top
Get to Know Us
Make Money with Us
Amazon Payment Products
Let Us Help You
EnglishChoose a language for shopping. United StatesChoose a country/region for shopping.