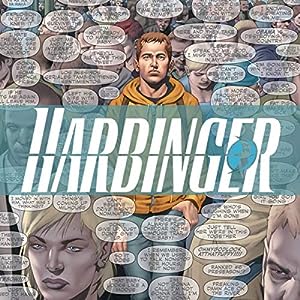 Harbinger (2012-) (5 book series) Kindle Edition
Harbinger (2012-) (5 book series)
Kindle Edition
by Joshua Dysart (Author) , Duane Swierczynski (Author) , Vivek Shinde (Author) and 2 more
Read minds. Bend steel. Break all the rules. Teenager Pete Stanchek is out of work, on the skids, and-- unbeknownst to him-- a psionic-powered "harbinger" with the potential to reshape the course of human history. Toyo Harada is a wealthy business magnate, a respected philanthropist and the most powerful harbinger of all-- or so he thought. As they forge an uneasy alliance, will Harada offer Pete a chance for redemption-- or attempt to induct him into a secret network of conspiracy, subversion and control? Pete is about to discover that he's not alone in the world and, soon, the generation who has nothing will take on the man who has everything.
Read more

When will I be charged for each book?
Pre-orders will be placed within 24 hours, but you will not be charged until books are released and ready for download. We will automatically charge your default payment or other payment method on file.
You've subscribed to Harbinger (2012-)! We will preorder your items within 24 hours of when they become available. When new books are released, we'll charge your default payment method for the lowest price available during the pre-order period.
Update your device or payment method, cancel individual pre-orders or your subscription at
Your Memberships & Subscriptions
There was an error. We were unable to process your subscription due to an error. Please refresh and try again.
All titles below are free to borrow with a Kindle Unlimited subscription.
Price: $57.85 for 5 item(s)
Sold by: Amazon Digital Services, Inc.
Items included: 1 - 5
Harbinger Vol. 1: Omega Rising (Harbinger (2012- ))
by Joshua Dysart (Author) and 3 more
4.5 out of 5 stars (130)
$8.27
A better future. Or no future at all.

Super-powered teenager Peter Stanchek is on a dangerous path. Skipping across the country in a desperate attempt to stay one step ahead of the authorities, Peter is quickly realizing that he's a psionically-charged "harbinger" with the potential to reshape the course of human history. But Peter's plight has not gone unnoticed. Respected philanthropist and fellow harbinger Toyo Harada is about to offer Peter the chance at the things for which the boy has always longed - family, inner peace, self-control - and induct him into the sprawling, secret network of conspiracy and subversion known as the Harbinger Foundation. Now Peter begins his long road towards a destiny that will shake the very foundations of the Valiant Universe. His first lesson? All power comes with a price.

Collecting the first five issues of the critically acclaimed series by New York Times best-selling author Joshua Dysart (Unknown Soldier), acclaimed artists Khari Evans (Carbon Grey) and Lewis Larosa (PunisherMAX), this is the perfect place to catch up with the series that Comic Book Resources calls "superheroes at its best".
Read more
Other Formats: Paperback
Harbinger Vol. 2: Renegades (Harbinger (2012- ))
by Joshua Dysart (Author) and 5 more
4.7 out of 5 stars (93)
$11.99
Outside the law. Inside your head. Welcome to the Renegades.

Battered and broken after his escape from the Harbinger Foundation, telekinetic teenager Peter Stanchek only has one option left — run. But he won't have to go it alone. Crisscrossing America with the only two people he can trust, Peter will have to activate a new team of super-powered recruits before Toyo Harada and his Harbinger shock troops can reach them first. Peter Stanchek. Zephyr. Kris. Flamingo. You've never met a team of super-powered teenagers quite like the Renegades. And, together, they'll dismantle Harada's global empire one brick at a time.

Collecting HARBINGER #6-10 by New York Times best-selling author Joshua Dysart and an all-star cast of comics' top artistic talents, get ready for the second stunning volume of the series Ain't It Cool News calls "simply astonishing."
Read more
Other Formats: Hardcover , Paperback
Harbinger Vol. 3: Harbinger Wars (Harbinger (2012- ))
by Joshua Dysart (Author) and 6 more
4.5 out of 5 stars (52)
$11.99
Before the Harbinger Foundation, before Project Rising Spirit, Toyo Harada spent decades circling the globe, recruiting empowered individuals to his cause through coercion, intimidation and influence. But how is one deal brokered in secret between Harada and Rising Sprit Securities forty years ago now wreaking havoc in the modern day? And when the past comes roaring back, how will Peter Stanchek and the rest of Harada's most wanted react to the revelation of Rising Spirit's secret mission and the Harbinger hunter known as Bloodshot?

It's been a brutal few months for Peter Stanchek and the Renegades, culminating in the harrowing events - and losses - of the Harbinger Wars. But now the members of the team have woken up to the Best. Day. Ever. As Lou Reed sang, it's just a perfect day, problems left all alone. But for Peter Stanchek - a kid who deserves a good day - something seems off...like all is not what it seems...

Collecting HARBINGER #15-19 by New York Times best-selling writer Joshua Dysart (Harbinger Wars) and all-star artists Barry Kitson (Amazing Spider-Man) and Clayton Henry (Archer & Armstrong), start reading here with the mind-bending story arc that Comic Vine calls "an excellent jumping-on point."
Read more
Other Formats: Paperback
Harbinger Vol. 5: Death of a Renegade (Harbinger (2012- ))
by Joshua Dysart (Author) and 10 more
5.0 out of 5 stars (22)
$14.99
The Renegades thought they could get their old lives back. They thought they could bring down Toyo Harada and the Harbinger Foundation. They were wrong. And now one of them will die.

Once again, Peter Stanchek and the Renegades are on the run with the combined forces of the Harbinger Foundation and Project Rising Spirit closing in on all sides. This time, however, the team's newest member, Ax, has left a trail of leaked classiﬁed information that could win the day - but also put the few loved ones they have into dire peril. 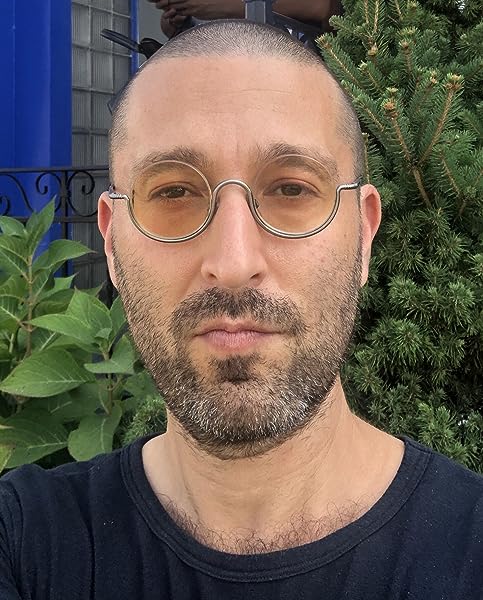 Raised in South Florida, Dan was a founder of the ACT-I-VATE webcomics collective in Brooklyn, which launched the careers of many creators (including his own). In 2006, his serialized dystopian satire of the War on Terror SHOOTING WAR was nominated for an Eisner Award.

Dan began contributing editorial illustrations regularly to New York Magazine's weekly "Intelligencer" column, eventually leaning harder into comics journalism with a long form collaboration with journalist Michael Crowley. Together they created 08: A GRAPHIC DIARY OF THE CAMPAIGN TRAIL, a 160-page nonfiction graphic novel documenting the chaotic 2008 Presidential election--written and drawn in real-time--which resulted in a hybrid of the visual languages of comics and magazine design that NPR Books called "defiantly and refreshingly unconventional."

Post-election, Dan and his wife moved to São Paulo, Brazil where he began to produce his long-gestating passion project: a paranormal horror series called RED LIGHT PROPERTIES. Initially serialized online at Tor.com, the series saw print via IDW Books (US) and Plot! (Brazil) and is currently in-development as a live-action TV series.

Returning to NYC, Dan produced multiple seasons of Emmy-winning experiences for AMC Television including Breaking Bad, The Killing, and Halt & Catch Fire and scripted two video games based on mega-hit series The Walking Dead. He then co-created the augmented-reality enabled feminist comic series PRIYA'S SHAKTI. Funded by the Tribeca Film Institute, Ford Foundation and the National Endowment for the Arts, Dan criss-crossed the Indian subcontinent several times, working directly with the young people his stories were created to inspire. The series has since been downloaded nearly 1.5 million times in multiple languages worldwide. This experience in India inspired Dan to found the Kinjin Story Lab, a narrative studio that creates genre-defying animation, graphic novels, television and video games by finding the human in the fantastic... and the fantastic in the human.

His next book CHASING ECHOES, a graphic novel about American descendants of Holocaust survivors traveling across rural Poland in search of family land seized by the Nazis, will be released in November 2019 from Humanoids Publishing.

He is based in Los Angeles with his partner Liliam and their two cats Louie and Wanda.
Read more
Back to top
Get to Know Us
Make Money with Us
Amazon Payment Products
Let Us Help You
EnglishChoose a language for shopping. United StatesChoose a country/region for shopping.