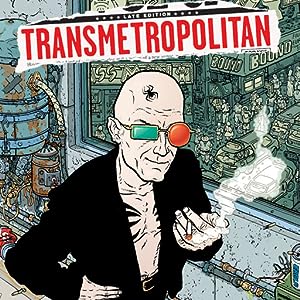 When will I be charged for each book?
Pre-orders will be placed within 24 hours, but you will not be charged until books are released and ready for download. We will automatically charge your default payment or other payment method on file.
You've subscribed to Transmetropolitan! We will preorder your items within 24 hours of when they become available. When new books are released, we'll charge your default payment method for the lowest price available during the pre-order period.
Update your device or payment method, cancel individual pre-orders or your subscription at
Your Memberships & Subscriptions
There was an error. We were unable to process your subscription due to an error. Please refresh and try again.
Price: $19.97 for 3 item(s)
Sold by: Amazon Digital Services, Inc.
Items included: 1 - 3 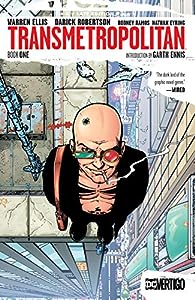 Transmetropolitan Book One
by Warren Ellis (Author) and 3 more
4.8 out of 5 stars (168)
$5.99
Working as an investigative reporter for the newspaper The Word, Spider Jerusalem attacks the injustices of his surreal 21st-century surroundings. Spider ventures into the dangerous Angels 8 district, home of the Transients—humans who have decided to become aliens through cosmetic surgery. And don’t miss Spider’s confrontation with the president of the United States...in a men’s room. Plus, when Spider tries to shed light on the atrocities of these institutions, he finds himself fleeing a group of hit men/kidnappers in possession of his ex-wife’s frozen head. Collects TRANSMETROPOLITAN #1-12!
Read more
Other Formats: Paperback 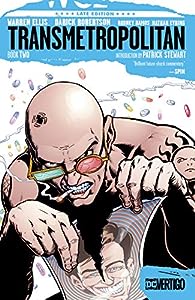 Transmetropolitan Book Two
by Warren Ellis (Author) and 34 more
4.8 out of 5 stars (74)
$6.99
In these stories from TRANSMETROPOLITAN #13-24, renegade journalist Spider Jerusalem targets three of society’s most worshipped and warped pillars: politics, religion, and television. When Spider tries to shed light on the atrocities of these institutions, he finds himself fleeing a group of hit men/kidnappers in possession of his ex-wife’s frozen head, a distorted creature alleged to be his son, and a vicious, talking police dog. Also includes the one-shot TRANSMETROPOLITAN: I HATE IT HERE.
Read more
Other Formats: Paperback 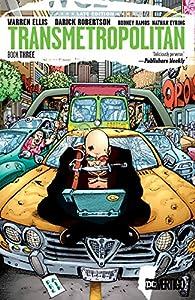 Transmetropolitan Book Three
by Warren Ellis (Author) and 5 more
4.7 out of 5 stars (52)
$6.99
In the third year of the seminal series, no-holds-barred investigative reporter Spider Jerusalem delves into the City's police corruption. Despite drugs, drinking, and paranoia, Spider and his filthy assistants are hot on the trail of the truth behind the newly elected president's campaign. This volume includes the stories "Lonely City" and "Gouge Away," plus standalone stories such as "Nobody Loves Me," featuring guest artists Lea Hernandez, Kieron Dwyer, Bryan Hitch, Frank Quitely, and Eduardo Risso. Collects Transmetropolitan #25-36 and a story from Vertigo: Winter's Edge #3.
Read more
Other Formats: Paperback 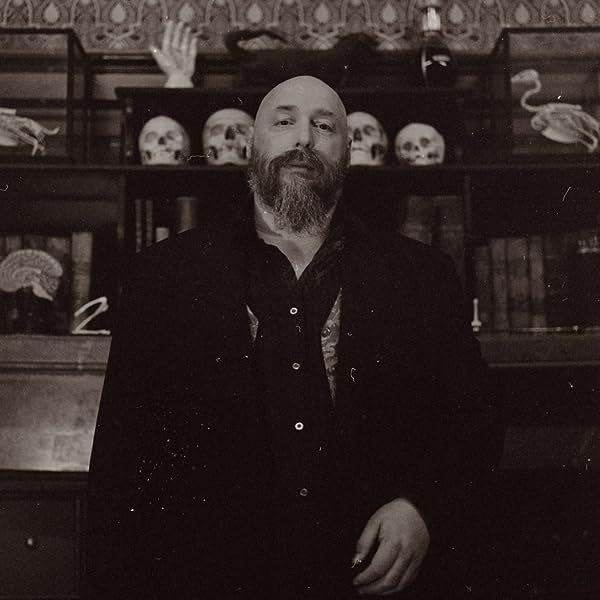 Warren Ellis
Biography
Warren Ellis is the award-winning writer of graphic novels like TRANSMETROPOLITAN, FELL, MINISTRY OF SPACE and PLANETARY, and the author of the NYT-bestselling GUN MACHINE (being adapted for TV by Microsoft Xbox) and the "underground classic" novel CROOKED LITTLE VEIN. The movie RED is based on his graphic novel of the same name, its sequel having been released in summer 2013. His GRAVEL books are in development for film at Legendary Pictures. IRON MAN 3 is based on his Marvel Comics graphic novel IRON MAN: EXTREMIS. He's also written extensively for VICE, WIRED UK and Reuters on technological and cultural matters. Warren Ellis is currently working on a non-fiction book about the future of the city for Farrar Giroux Straus.

His newest publication is the digital short-story single DEAD PIG COLLECTOR, from FSG Originals. His next book will be the novella NORMAL, also from FSG.

A documentary about his work, CAPTURED GHOSTS, was released in 2012.

Recognitions include the NUIG Literary and Debating Society's President's Medal for service to freedom of speech, the EAGLE AWARDS Roll Of Honour for lifetime achievement in the field of comics & graphic novels, the Grand Prix de l'Imaginaire 2010, the Sidewise Award for Alternate History and the International Horror Guild Award for illustrated narrative.

Warren Ellis lives outside London, on the south-east coast of England, in case he needs to make a quick getaway.
Read more
Back to top
Get to Know Us
Make Money with Us
Amazon Payment Products
Let Us Help You
EnglishChoose a language for shopping. United StatesChoose a country/region for shopping.